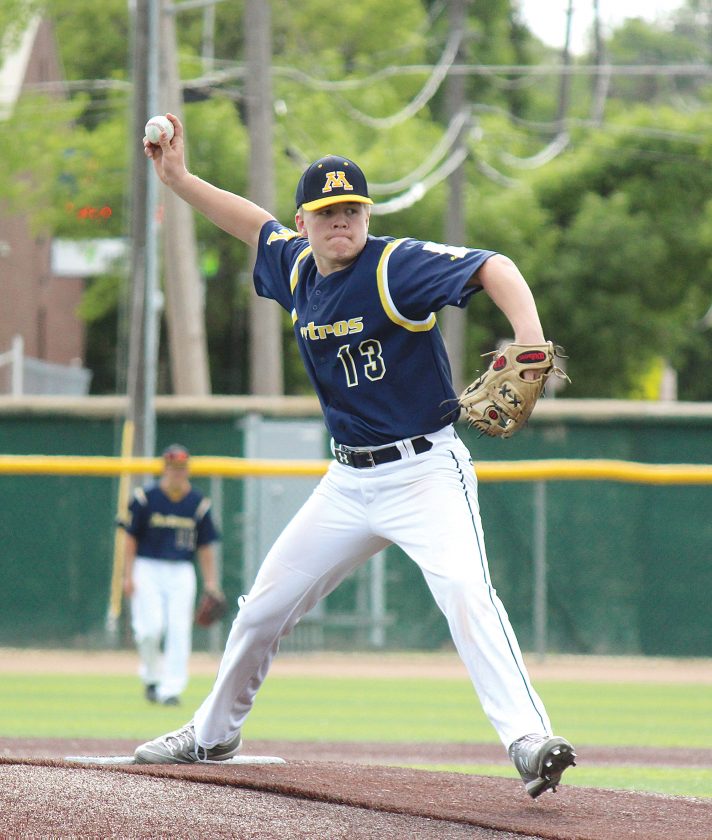 Alex Eisen/MDN Metros pitcher Layton Ludwig winds up a pitch in Game 1 against the Mandan A's. Ludwig and starting pitcher Tyler Buchanan combined for a one-hitter Friday evening in a 4-3 walk-off win in the first game of a doubleheader at Corbett Field in Minot.

Two doubleheaders into the season and the Minot Metros have already embraced its “never die” mentally.

After failing to storm all the way back in a pair of losses against the Garrison/Max Titans on Thursday, the Metros regrouped with two come from behind wins Friday evening at Corbett Field against the Mandan A’s.

Both contests ended in walk-off fashion with Minot using a seventh-inning rally to take Game 1, 4-3, and then putting together an 11-run third inning in the nightcap to end that affair early, 14-4 in four innings.

“So far, we haven’t been able to jump ahead, but we have that never die attitude,” said Dalton Cooper, who picked up his first two career wins as the Metros head coach. “We are finding ways to stay in ball games. We are having really good at-bats and making their pitchers work really hard. If we can continue to do that, then good things will happen for us.”

In Game 1, the Mandan A’s built up a 3-0 advantage through three innings without registering a single hit against Minot starting pitcher Tyler Buchanan. Five walks hindered Buchanan, which allowed runs to be scored on an RBI groundout in the second inning and a pair of RBI sacrifice flies in the third inning.

“Buchanan got off to a good start, he just fell apart a little bit,” Cooper said. “Layton Ludwig came in and threw a ton of strikes to fill up the zone. Our defense made a ton of plays for us. That was good to see.”

The Metros unconventionally got on the scoreboard for the first time with a balk being called with a runner on third base in the fourth inning.

Tyler Budeau made sure to make the second run scored more emphatic with a sharply hit RBI triple in the sixth inning. Budeau, however, was caught in a rundown to end the inning.

Leading off the seventh inning, Regan Schlosser had the A’s only hit of the contest — a single off relief pitcher Ludwig that didn’t amount to anything. That brought the Metros up, trailing 3-2 and down to their final three outs.

Calvin Baker started the rally with a single back up the middle. Aiden Stewart kept the line moving with a timely double. Landen Halseth did his job with an RBI sacrifice to fly into the outfield to tie the game, 3-3.

With the winning run on second base, Hunter Ruzicka stepped to the plate.

Ruzicka turned his hips and pulled the ball to left field for a memorable walk-off double.

“He dove, and I saw the ball disappear behind him,” Ruzicka said. “He was lying there, and then I saw the ball bounce. That’s when I felt so much relief. Happy that we got the dub.”

Following the same blueprint from the first game, Mandan jumped out to a 4-0 lead in Game 2. Metros starting pitcher Aiden Stewart issued five straight walks and gave up three runs in the second inning to receive the hook. Landyn Almy came in and allowed an RBI single to Karsyn Jablonski, 4-0.

The Metros didn’t wait for a methodical rally this time around. Minot exploded for an 11-run third inning to seize control. Jonas Bubach, Tyler Johnson, Josh Will, Ruzicka and Almy picked up RBIs in the outburst.

“It felt good to break out like that,” Cooper said. “We didn’t have a whole lot of hits today in that second game, only seven hits, but we had really good at-bats. We worked a ton of walks and put a lot of pressure on their pitchers.”

Following an RBI sacrifice fly, Bubach ended the second game with a two-run single to force the 10-run mercy rule at 14-4.

“Before we went out there, coach was like, ‘I want to go home and eat,'” Bubach said. “So, we figured we better let him do that today, you know? It was really exciting, especially with Hunter (Ruzicka) doing it in the first game. We are good friends, all the way.”

The Metros play their third doubleheader in four days when they host Watford City at 5 p.m. Sunday at Corbett Field. 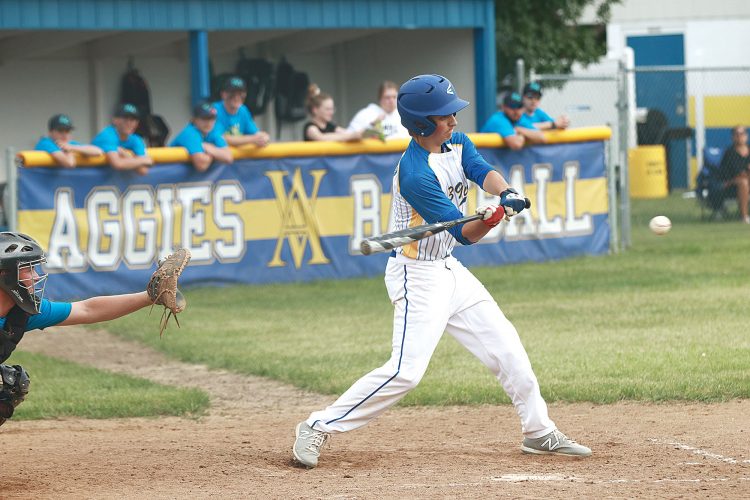 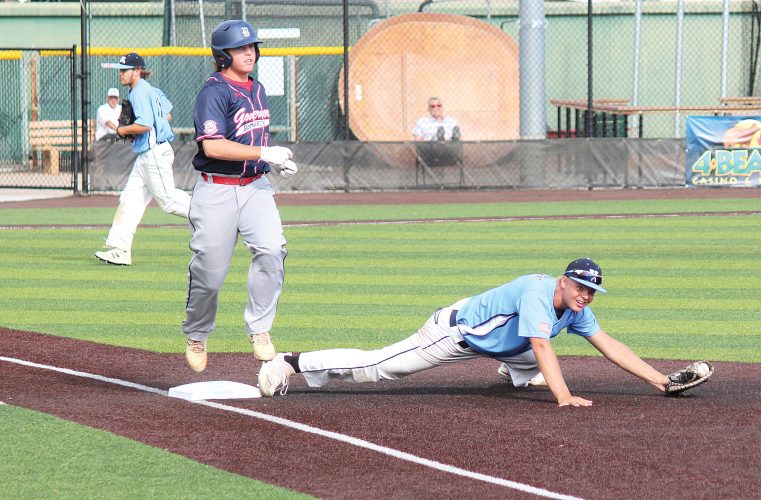 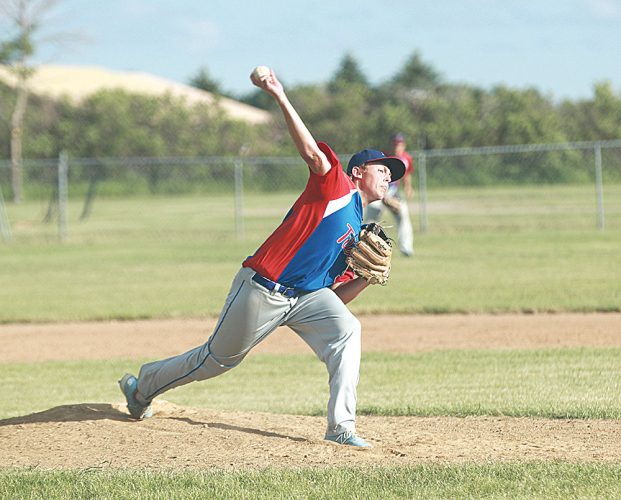