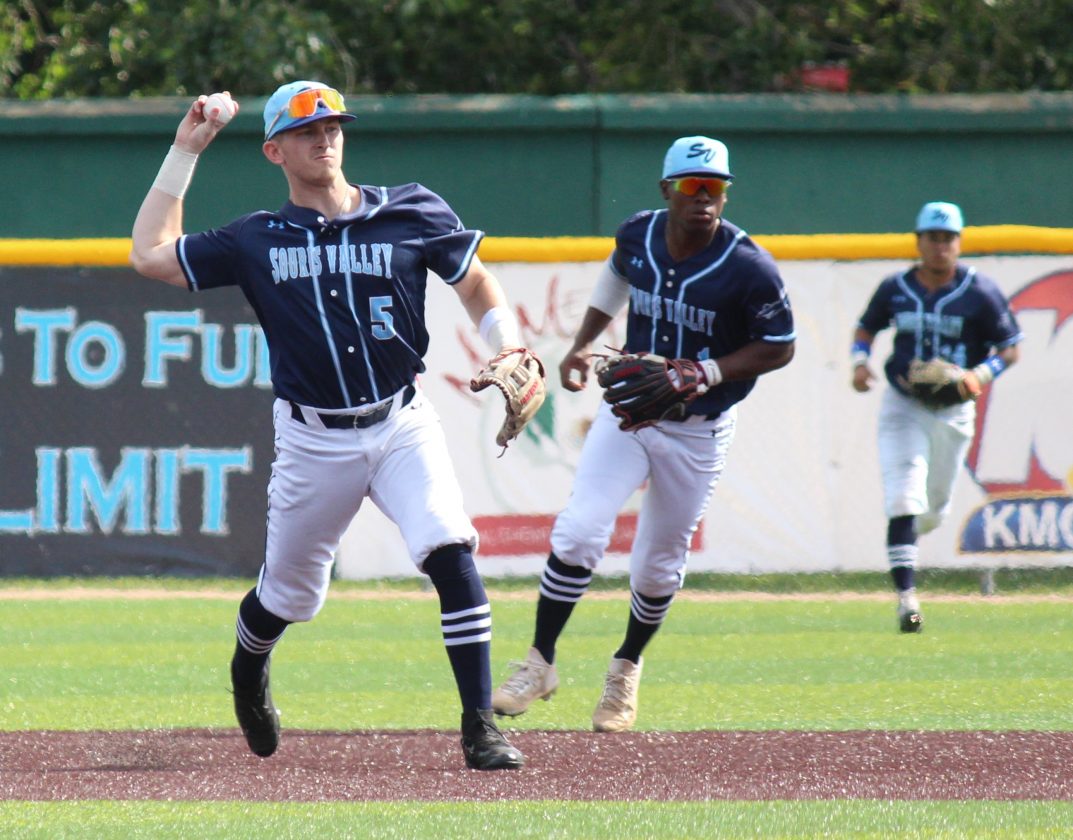 Despite all of the uncertainty caused by the COVID-19 pandemic, the Souris Valley Sabre Dogs are in Dickinson this evening to start its third season in the Expedition League.

The collegiate wood bat baseball league was supposed to get underway a month ago on May 26 but was pushed back due to health and safety concerns. The league then trimmed down from 10 teams to six and managed to work out a condensed 52-game regular-season schedule.

“The guys haven’t played for almost three months,” Sabre Dogs head coach Corey Thompson said. “So, the guys will have to get back into shape and knock the rust off a little bit. After two weeks, I think everybody will be on a level playing field.”

The collegiate baseball season was a few weeks fresh when the NCAA decided to cancel the rest of the spring sports season in March.

The Expedition League, one of the rare baseball leagues in operation around the country this summer, is putting the ball back in the hands of the athletes.

In general, expect plenty of repetition with only five opponents to square off against: the Badlands Big Sticks (Dickinson), the Fremont Moo (Nebraska), the Hastings Sodbusters (Nebraska), the Pierre Trappers (South Dakota) and the Western Nebraska Pioneers.

“It will make things more interesting division-wise and travel-wise,” Thompson said. “But, you know what? At the end of the day, I don’t really care and these kids don’t really care. We just want to play ball, man. I think it’s a huge plus for us to be in this part of the country. Very few leagues are playing this summer, and we consider ourselves lucky.”

“Having those two back for leadership purposes and their skills is a huge plus for us,” Thompson said. “They will push us in the right direction.”

The team’s pitching potential and depth was a frequent topic of conversion as the Sabre Dogs took to the field and held an intrasquad scrimmage Tuesday evening at Corbett Field.

“We do have a lot of pitchers,” said left-handed hurler Nick Klee out of West Chester University (Pennsylvania). “I want to help the team win in any way possible.”

Besides Dinesen and outfielder Wilson Roubion, a host of new position players have been brought in to fill out the lineup card. Making a good first impression to earn early playing time is paramount.

“I think we are going to be good all around,” said newcomer right fielder Tim Conway from the University of North Georgia. “I’m excited to have something to play for, and being a part of a team environment again… We are all just lucky to be out here, that’s the biggest thing. Let’s have fun with the whole thing.”

The Sabre Dogs finished last season with a 38-27 record and lost to the Badlands Big Sticks, 11-1, in the Expedition League one-game divisional playoff round. It was the second year in a row the Big Sticks have ended the Sabre Dogs summer season.

The Big Sticks went on to win the 2019 championship series over the Western Nebraska Pioneers for its first league title.

For the Sabre Dogs’ sake, they will be pleased that there is no one-game divisional round this season. The two regular-season divisional winners will go straight to a best-of-three Expedition League Championship Series to be held Aug. 21-23.

Souris Valley will open the new season against the defending champions this evening in Dickinson. The Big Sticks, however, will be missing a chunk of their revamped roster this weekend.

As reported by the Dickinson Press, the team has had three players test positive for COVID-19 and others in the program have been quarantined for precautionary measures. At least 15 players won’t be available to play, according to head coach Billy Tomblin.

First pitch this evening is set for 7:35 p.m. The three-game road series will conclude Sunday.

The Sabre Dogs return to Minot for its home opener at Corbett Field on Monday, June 29, against the Big Sticks. The two budding rivals will play their first seven games this season against each other.