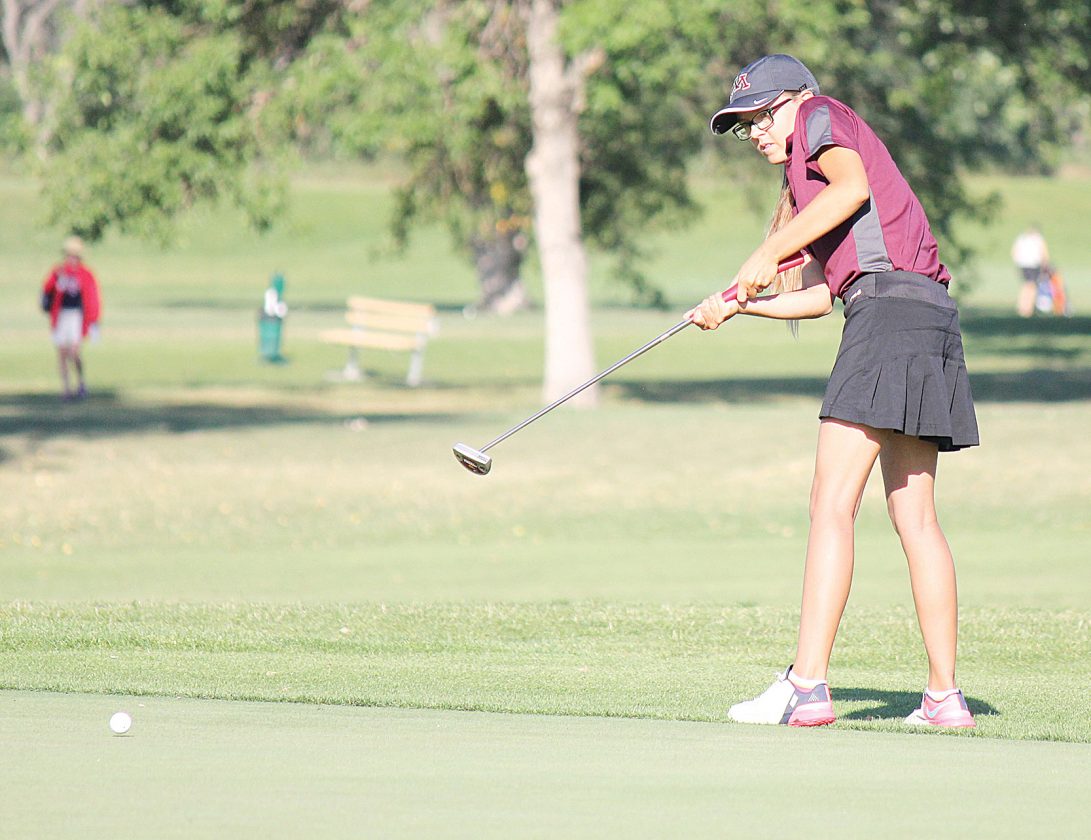 Alex Eisen/MDN Minot High's Jaci Jones putts from the fringe during the 2017 Minot Invite at the Vardon Golf Club.

Editor’s note: The teammate tag is a series of eight questions designed to test how well two teammates know each other. Each athlete answers four questions about themselves and then attempts to predict their teammate’s answers to four different questions.

Q: What’s the first thing you would do if you got a hole-in-one?

Tschetter answer: “I would jump up and down and probably hug whoever is with me.” 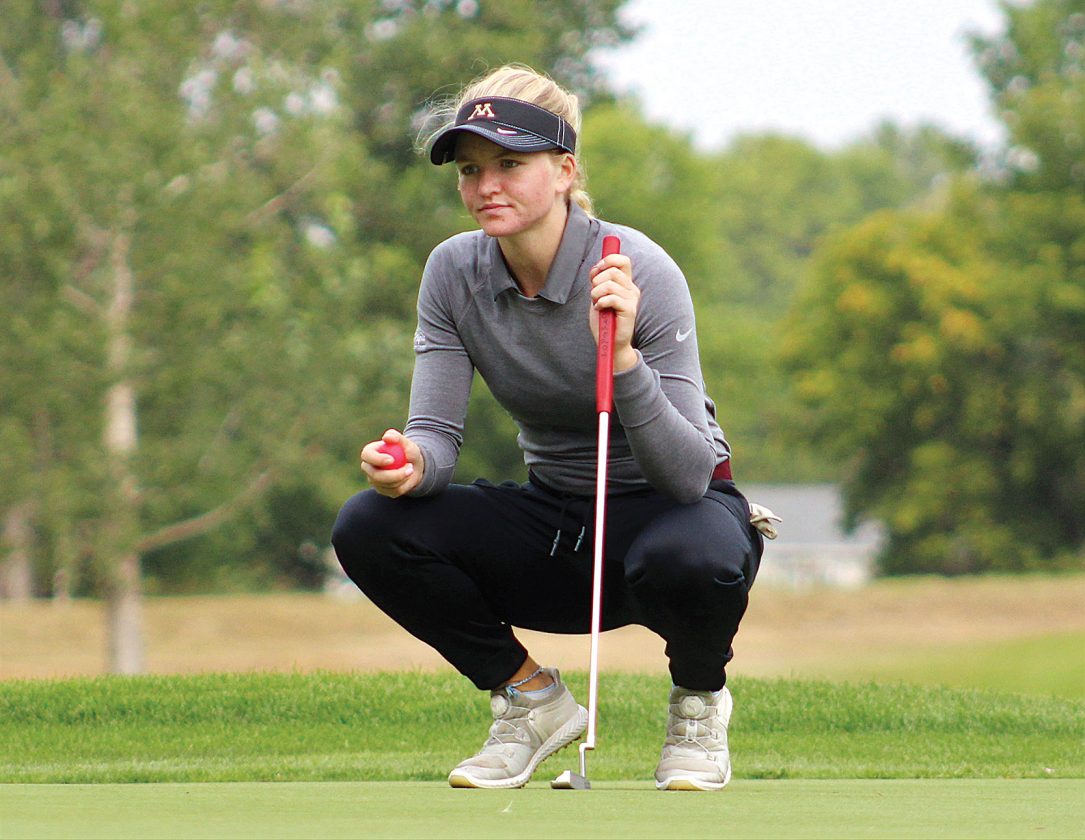 MDN File Photo Minot High's Becca Tschetter sets her sights on the hole during the 2018 Minot Invite at the Vardon Golf Club.

Tschetter reaction: “There we go. We said the same thing.”

Q: Would you rather lay up or go for the green in a risky situation?

Tschetter reaction: “I’m more of a risk-taker, so I would probably go for it. But it would depend on where I was sitting in the competition compared to my competitors.”

Jones guess: “Go for green. Becca, and this is a good thing, takes risks and I think that helps her a lot. She is a big hitter, so she can hit the ball far. She would go for the green.”

Tschetter reaction: “Yep. I’m more of a risky player and have that length to sometimes make those risky plays.”

Tschetter answer: “Par 5 because I score easier on par 5s if I have a long drive, especially playing from the lady tees.”

Jones guess: “Hmm… Par 5. As I said, she is a long hitter. Usually, when I’m playing with her and it’s a par 5, she gets a birdie. She can hit the first shot far, get her next shot on the green and then two-putt.”

Q: Choose one: water hazard, behind a tree or in a sand trap?

Tschetter answer: “Sand trap. I like being in the sand, honestly. I have practiced it a lot over the years, and feel really confident in the sand.”

Q: What’s the hardest hole to play in North Dakota?

Jones answer: “In all of North Dakota? Let me think about that one. Probably at The Links and hole No. 14. If I’m thinking correctly, it’s a really long hole but it doesn’t seem like it would be that long. It’s a par 4 but very long, especially where we play our tee boxes at. Also, every time we play that hole, we are against the wind.”

Tschetter guess: “Um, oh gosh. I’m trying to think of what course she would think of. Let’s see. Hole No. 15 at Bully Pulpit because it’s like an island green. I remember we played it when we were younger at a camp we were both at, and like nobody got on the green. Everybody just hit their ball into the canyon.”

Jones reaction: “Yep, I do remember that hole. We were at the FCA Camp. You hit on top, and the hole is below you.”

Q: Would you rather putt or chip from the fringe of the green?

Jones answer: “I would rather putt. I like putting way more than I like chipping. I’m a better putter because I spend all my time on the putting green just putting and putting. So, for me, it’s easier to putt off the fringe.”

Tschetter guess: “She would rather putt, I think. She is a really good putter and is really good at long putts. I’ve seen her drain more long putts than anybody else that I know.”

Jones answer: “Putter, for sure. I spend so much time on the putting green that it’s my favorite club.”

Tschetter guess: “This is hard. Her putter. She is just a really good putter and has worked on it a lot. That’s something that she takes pride in.”

Jones answer: “Probably extremely hot. With extremely cold weather, you have to have a lot of layers on. So, it makes it hard to swing. Hot would be better for me.”

Tschetter guess: “These are hard. She would rather play in the cold. And she always has to play with pizza rolls. Her pizza rolls would warm her up.”

Jones reaction: “Oh, that’s a good one. I always have pizza rolls, no matter what the weather. That’s a good answer. Everyone knows about my pizza rolls.”