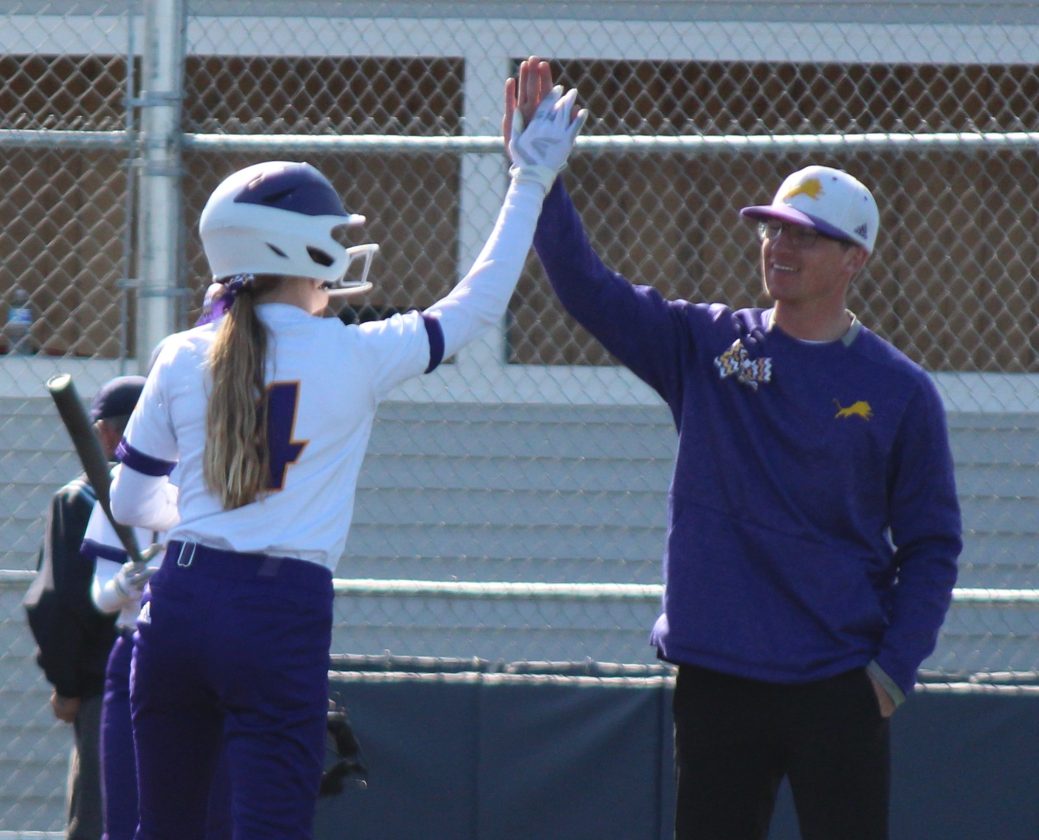 With two full seasons of experience coaching Bishop Ryan softball under his belt, Alec Grothe decided to pursue another opportunity. Grothe resigned as Ryan’s head coach on Thursday and will begin as an assistant store manager at Scheels in Salt Lake City, Utah, next month.

Grothe started coaching in his hometown of Bismarck. After coaching Babe Ruth baseball, he took a position as a graduate assistant for the Minot State softball team.

Grothe stayed in Minot and began coaching the Lions after working with the Beavers.

“There have been a lot of memories over the years,” Grothe said. “It’s not the scoreboard that mattered. It’s not the runs, the wins or the losses. It’s the memories that were spent off the field and at practice. Just spending quality time with the girls and getting to coach them as much as they probably coached me.”

He led the Lions to two Class B softball state tournament appearances (sixth in 2019 and third in 2018). Last season, Ryan finished with a 14-7 record.

The new position will put his coaching career on pause, but Grothe did not rule out a return to the dugout.

“It’s pretty tough to stay out of the game,” Grothe said. “Hopefully, one day, I’ll be able to help out in some aspect of the coaching world again. My heart is always close to the game. I love the game of softball more than anything. Growing up being a baseball player, I never imagined I would say that. Softball definitely has my heart.”

Grothe thanked the Ryan faculty, administration and clergy for their support. After recognizing the Ryan parents, he expressed gratitude for another group.

“Most of all, thank you to the girls,” Grothe said. “They really do have a special place for me. I’ll be in contact with them. It was a tough decision made with a lot of tears. They were fully supportive of me.”