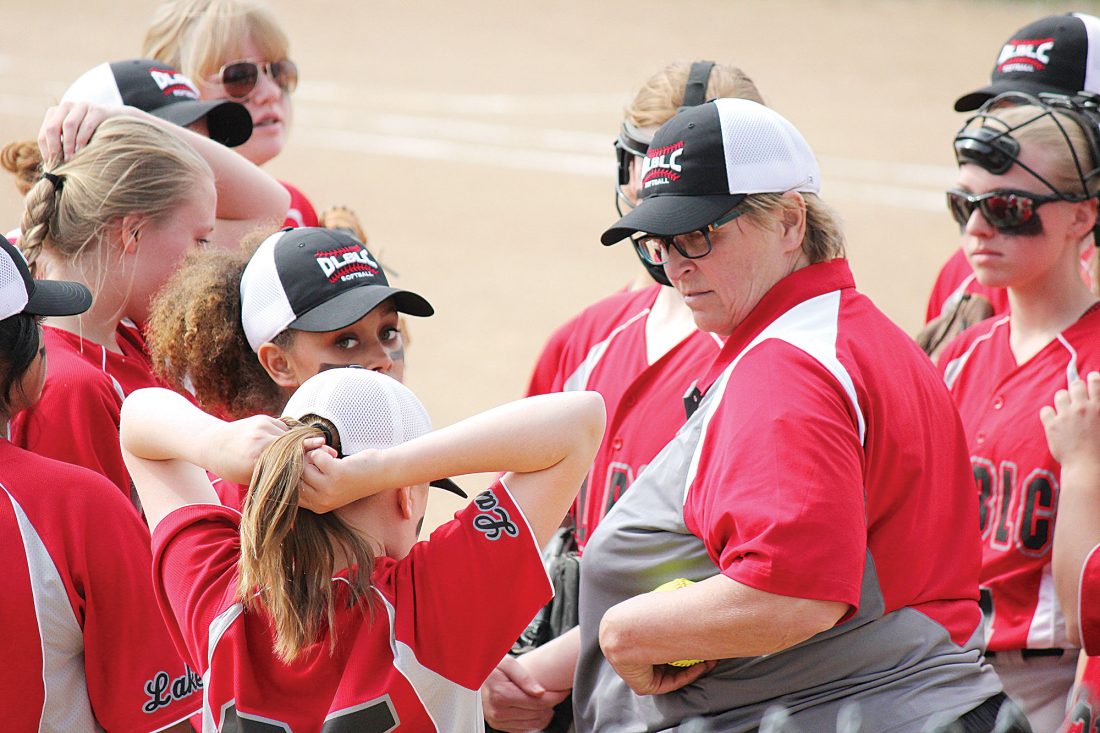 Peggy Person is the head coach of the Des Lacs-Burlington/Lewis & Clark softball team.

The Minot Daily News spoke with Person about her passion for sports, her influences and the North Dakota softball scene. Some responses are edited for brevity and clarity.

MDN: How have you dealt with the differences of this spring?

PP: Well, I don’t know how well we’ve dealt with them. I’m still trying to keep the girls together as best as I can. Just staying together, trying to have Zoom meetings, sending out Remind messages and asking them to do some things on their own.

MDN: Why is softball important to you?

PP: It was slowpitch back in the day, back when I started playing. I’ve been playing some brand of softball, one or the other, since I was very young. Whether it be playing “500 Out” with the neighbors, playing slowpitch while I was in high school or being involved with fastpitch when I was in college.

Afterward, playing slowpitch. Whether it be co-ed or women’s slowpitch, I’ve done that for a long time. When I moved back to North Dakota, it wasn’t here right away. I was a principal in Berthold for a few years, and then fastpitch got started. I was an (athletic director), and this is my third year being involved with the program directly. I’ve always loved the game.

MDN: Have the student-athletes “coached” you in any way?

PP: I’ve said this forever. I think I get way more than I give when I coach. You get to go back into what the game gives you and the people that are around you. It’s very cliché about relationships, but as much as anything, it’s who you do things with. I don’t care if they’re high school kids or if they’re grandparents. I’m a firm believer. Over half of the game is the people that you’re with.

MDN: How have you seen the various communities support you in your time as coach?

PP: I have found that the support is tremendous. Any small community is going to rally around their kids. It’s an opportunity for our kids. I’m not sure that Berthold could sustain a team on their own, nor Plaza. It’s nice to get a mix of kids.

I was a principal and athletic director in Berthold for 19 years. You get to see different kids, and kids got to see me in a different light.

MDN: In regards to the competition amongst North Dakota softball teams, what sticks out to you?

PP: Well, it’s definitely improved. I think it’s starting younger. The feeder programs are what’s going to be critical to maintaining this. It has exploded in North Dakota, and it’s really nice to see those young kids getting involved and building this.

PP: Us getting third in state, that’s very memorable. Watching our girls develop and seeing their successes, that’s always great. Being in the championship game a couple of years ago was also a highlight. It was the first time a team in the West has done that. I think we’re right there. The teams in the West, we’re a little newer to this game. I see the growth here as being phenomenal.

MDN: Are there any athletes that you admired, softball or otherwise?

PP: When I was in college, there was a pitcher we had from New York. The rest were North Dakota girls who were playing. I admired Charlene Griffin, she was our pitcher then. The people that I admire are the ones that work hard and play their hardest every game.

MDN: When you’re out at the ballpark or driving around, what’s some of your favorite music to listen to?

PP: I like every genre. I’m not a real fan of rap, but I can really dig some 1980s music. Some Fleetwood Mac or Heart. That’s what I like to listen to. I’m not such a rap person, but you can probably understand that.

PP: I’m just hopeful now. I’m in town, and I have a great-niece that is playing for the Minot Storm. She had practice. I just happened to go by the diamonds, and the high school Storm kids were playing. I’m so happy for those kids.

It just so happens that I saw three of the DLBLC players. They were on their way to practice. I’m ecstatic for them. I’m just so darn excited that these girls have a chance to play. It’s an opportunity for them to hit the ball and catch. That’s what I’m excited for. They’re having a chance to play.