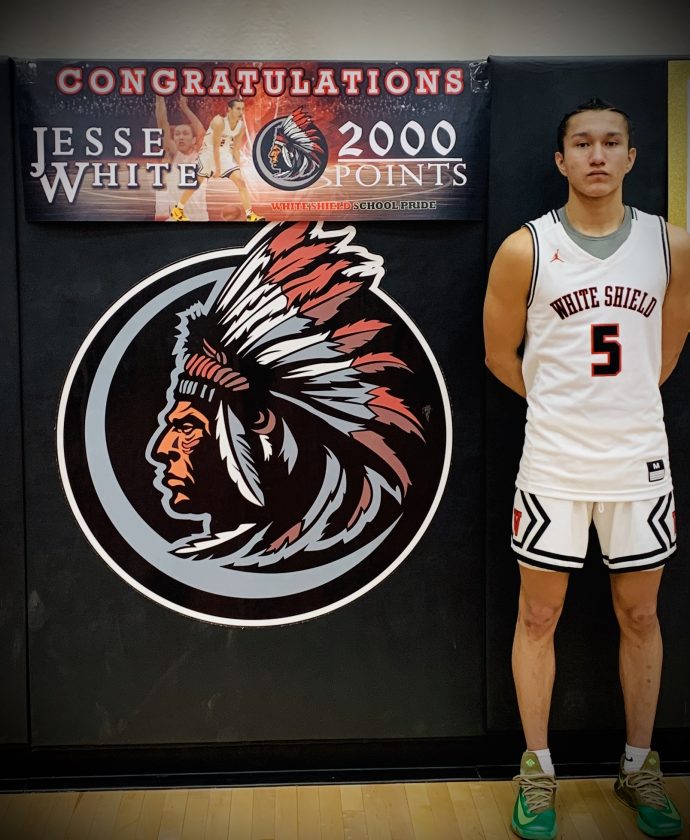 The junior guard from White Shield surpassed the historic mark with 3:52 left in the third quarter against Solen. It was the last game of the regular season for the White Shield Warriors.

White, who started playing on the varsity team as a freshman, has the third-most points (2,005) all-time for players from the Fort Berthold Indian Reservation. He is attempting to chase down Ron Waggoner from New Town (2,714 points) and Randy Hedberg from Parshall (2,006).

White is currently 36th in the state for all-time leading scorers at the Class B level.

White is already White Shield’s all-time leading scorer, surpassing Greg Johnson’s record of 1,965 points which was set back in 1974.

White Shield earned the No. 5 seed in the District 15 Tournament and will face No. 4 Trenton in the first round on Friday (Feb. 28) in Watford City.