No. 2 ORCS outlasts Glenburn by the skin of its (remaining) teeth 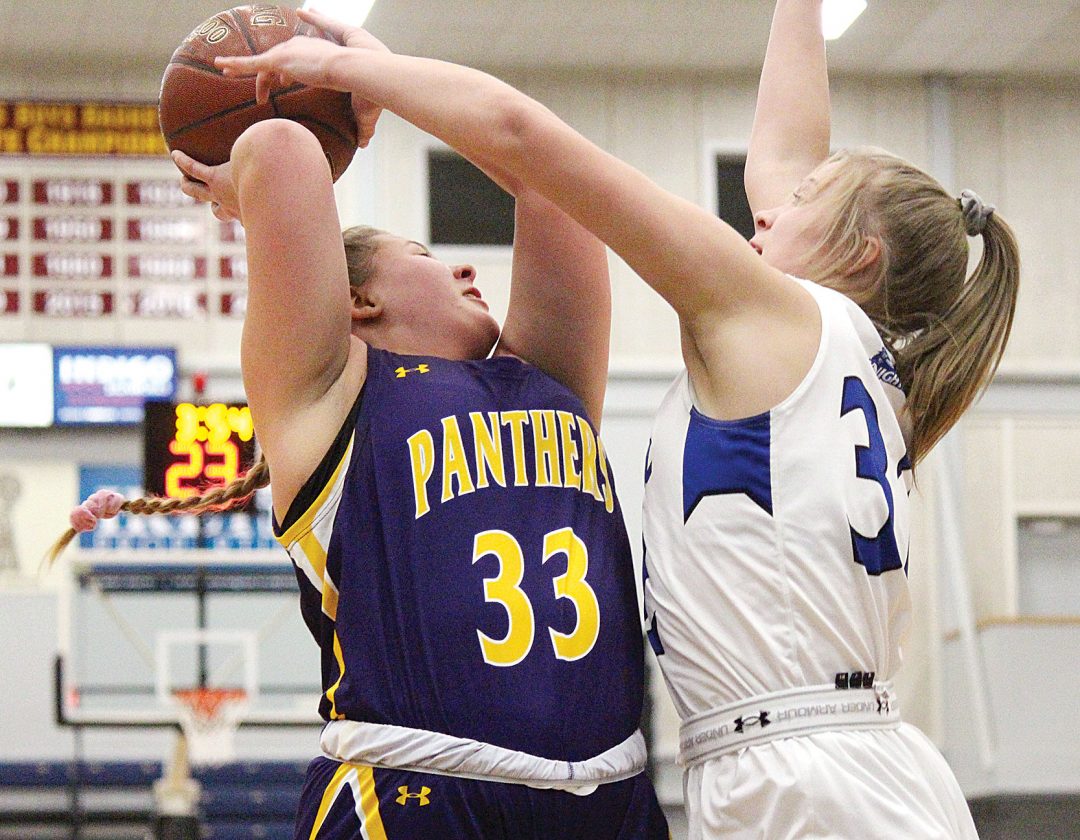 Our Redeemer’s senior guard Hailey Roberts was pleasantly cheerful to reveal her new-look smile after a 53-49 victory over the Glenburn Panthers.

Roberts scored a team-high 20 points and lost a tooth in the process.

“I felt something come out of my mouth, but it didn’t hurt,” Roberts recalled. “I was diving for a ball, and one of the girls sat on my face pretty much. My mouth hit the floor. But, it ended up fine.”

Despite Roberts missing time in the middle of the third quarter to get patched up and then fouling out at the end of the game, the No. 2-seeded Knights (15-6) hung on to defeat the resilient No. 3-seeded Panthers (15-6).

“Téa Boeckel, Kendal Braun and Maya Vibeto stepped up when our team leader went out,” ORCS head coach Scott Peterson said. “They handled the pressure well. Controlled the ball, hit free throws and we got defensive stops at the end.”

Roberts only needed 10 seconds before knocking down a 3-pointer to open up the scoring.

Glenburn, however, kept pace. The Panthers only trailed by two points after the first eight minutes, 12-10. The Knights opened the gap up to nine points by halftime, 30-21.

“It was a good team effort, right from the start,” Peterson said. “We passed the ball and got (Roberts) open. She made open shots. But, I think the key for tonight was defense and rebounding.”

The Knights lost Roberts for roughly five minutes of game time in the second half. First, the senior had to deal with the tooth mishap.

Roberts then fouled out with 2:09 remaining, as Glenburn sophomore Lorelei McIver attacked the rim for a possible three-point play.

The Panthers were within four points after the made free throw, 49-45.

McIver and CaVanna Andel each finished with 7 points for Glenburn.

Braun made a layup inside and sophomore center Emily Brugman sunk two critical free throws to seal the victory for the Knights.

“That’s probably the proudest I’ve been of my team,” Roberts said. “They’re independent and knew how to control the ball. I’m so proud of them.”

Vibeto, an eighth-grader, added 15 points for the Knights. Olivia Nelson had 6 points but provided more of an impact on the defensive end.

“Olivia (Nelson) and Emily Brugman played so well tonight,” Peterson said. “They really boxed out and patrolled the middle. They didn’t let penetration come in there.”

ORCS advances to the District 12 Tournament championship game against top-seeded Mohall-Lansford-Sherwood at 7 p.m. this evening.

Glenburn will meet No. 4-seeded Des Lacs-Burlington in a regional qualifier game at 4 p.m. this evening at the Minot Municipal Auditorium.