No. 1 MLS GBB coasts to win over Royals in District 12 opener 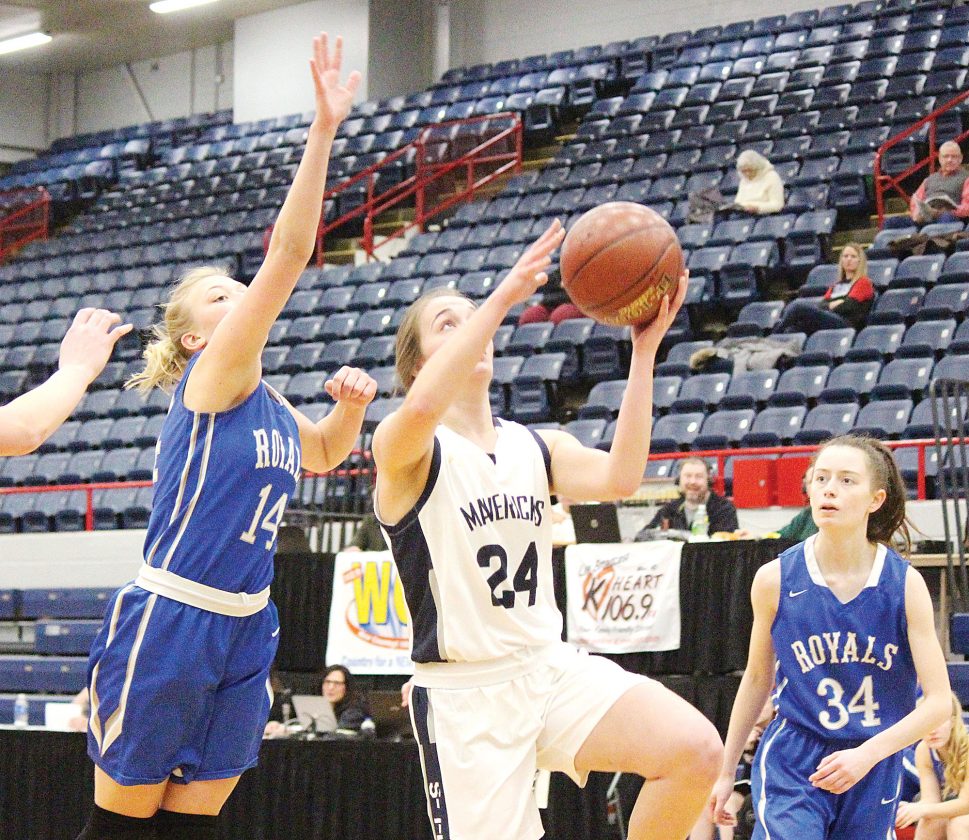 Brackenbury could still be heard loud and clear from the bench as he shouted instructions to his girls even though the top-seeded Mavericks had opened up a 30-point halftime lead.

MLS (19-1) wanted to value every possession in a 62-21 victory over No. 8-seeded South Prairie (3-17) in the first round of the District 12 girls basketball tournament.

The Mavericks put the game away early by using a full-court press.

The combination of fastbreak layups and simple offensive putbacks had MLS leading 25-7 after the first quarter and 43-13 by halftime.

“I like to throw different things out there and see how they react,” Brackenbury said. “I wanted to put pressure on their ball handlers. I thought we did that, and we got some easy steals. It worked out.”

MLS pulled out of its harassing full-court trap in the second half but still maintained that defensive intensity in the half-court.

“We played hard defense and shot the open shots when we had them,” senior Janie Savelkoul said. “Getting a really good push at the beginning gets us momentum for the rest of the game.”

Savelkoul dropped in 19 points. Only to be outdone by teammate Kylie Abernathey with 20 points.

Leah Feland also finished in double figures for the Mavericks with 10 points.

“I don’t think we shot that badly for the first time out in the Auditorium,” Brackenbury said. “Usually, that first game shooting wise is nothing special. But, I thought we shot decent from the 15-foot range.”

Anything missed was usually cleaned up by 6-foot-2 freshman center Allison Undlin. She finished with 6 points.

South Prairie was held to two points in the fourth quarter, which featured a running clock.

“We need to play more aggressively,” Savelkoul said about how the Mavericks could possibly improve on Thursday’s performance. “We probably have to play even harder defense.”

MLS advances to the District 12 semifinals against No. 5-seeded Bishop Ryan at 6 p.m. this evening.

South Prairie and Des Lacs-Burlington will battle at 3 p.m. this evening in a loser-out contest. Winner will keep its season alive for another game.