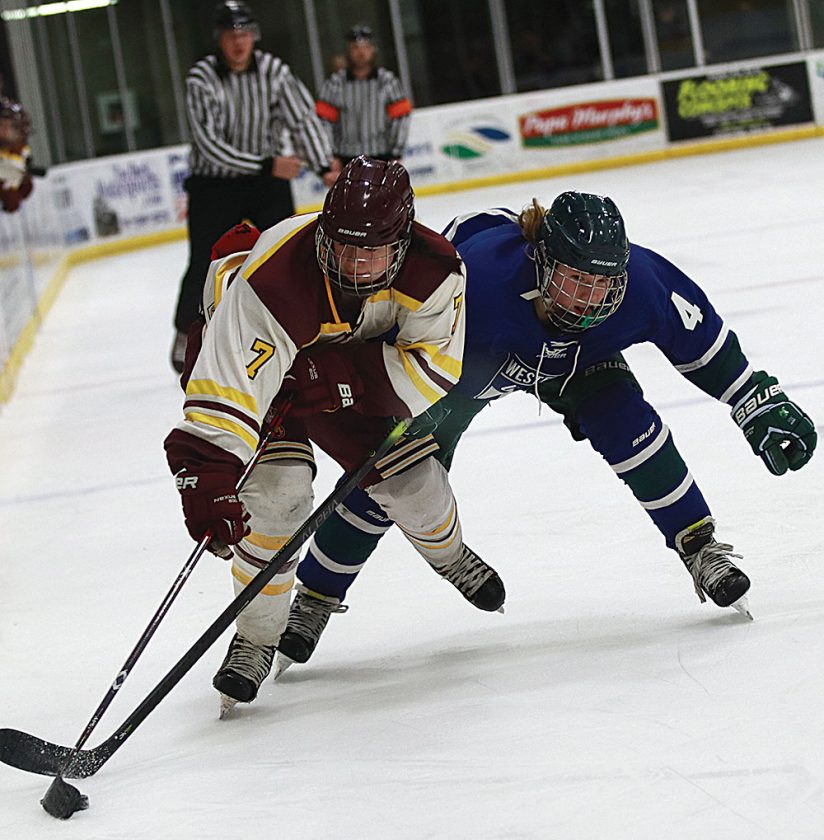 When hockey hits postseason time, it’s reasonable to expect the unexpected. There’s something about playoff hockey that adds a little extra juice to the mix.

After traversing through an intense regular season, the No. 6-seeded Minot High School girls hockey team will take on No. 3-seeded Fargo North/South in the first round of the NDHSAA Girls Hockey State Tournament. The Majettes (11-9-2, 9-9-2 N.D. League) will meet the Spartans/Bruins (17-4-2, 14-2-2 N.D. League) at the Farmers Union Arena this evening.

Although Minot dropped both of the squads’ earlier meetings this season, the Majettes’ coaching staff has identified reasons for optimism.

Sandvold and fellow co-head coach Christopher Stokke took over in June. Now, the coaches will make their postseason debut.

“We’ve learned a lot about our team this year,” Stokke said. “Some good, some bad. I think we are trending in the right direction.”

Sandvold added: “They’re very coachable. They listen and they want to get better, so that’s beneficial. It’s been helpful to us.”

When examining the Majettes’ past postseasons, two intriguing statistics stand out. Minot owns an 18-year streak of state tournament appearances, but the Majettes have not won a first-round game since 2006.

“We grow together,” she said. “It’s special because everyone means so much to us.”

The Majettes will be tested in Fargo. North/South senior defender Josie Hell has recorded a team-high 23 goals, while senior forward Jerica Friese tacked on 22 goals this season.

Friese has racked up 38 points, while Hell has added 36 points. Freshman forward Rylee Bartz joined the 30-point club with 33 points of her own.

“North/South, they’re always a perennial power across the state,” Stokke said. “We know that we have to come in flying right away.”

Cope, Eslinger, Shaw, junior defender Paige Ackerman and junior goalkeeper Amber Borkhuis were selected to the WDA All-Conference Team. Borkhuis holds a 90 save percentage and has allowed an average of 2.14 goals against this season.

It’s certainly challenging to defeat a team three times in one season — especially when the third win must come in postseason play. Still, the Majettes are aware of North/South’s high-powered attack.

“We can’t take a shift off,” Sandvold said. “Our girls will definitely need to play their hardest if we want to go out there and make a name for ourselves.”

The contest will begin 30 minutes after the 5 p.m. game between No. 2-seeded Bismarck and No. 7-seeded Mandan.