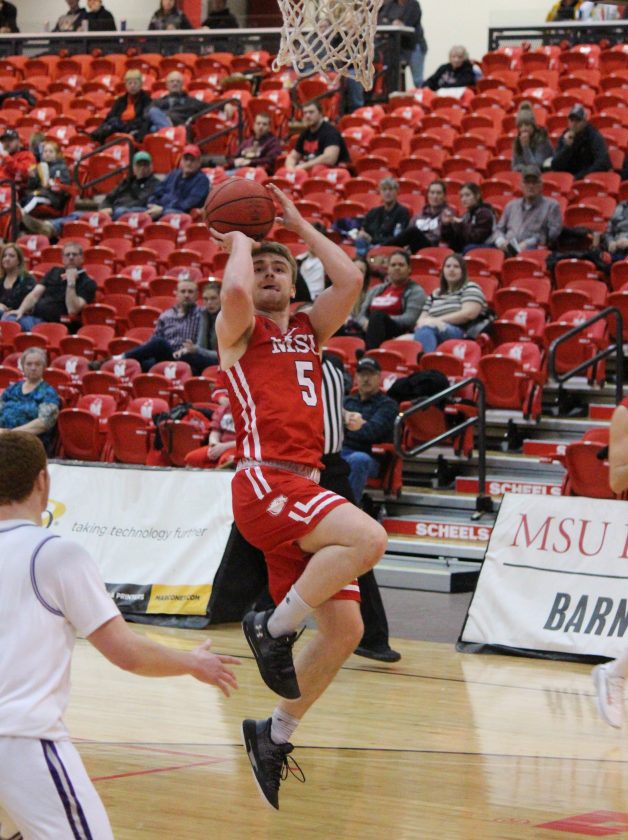 Alex Eisen/MDN MSU junior guard Max Cody (5) pulls up in the lane for a jumper Saturday against Sioux Falls inside the MSU Dome. The Beavers won 69-66 on a 3-pointer made in the final seconds by Kobe Jackson.

The losing streak is over.

After all the heartbreak and close losses endured this season, the feeling of elation was long overdue.

“This feels good,” Jackson said. “It feels like there is a weight lifted off our shoulders.”

While Jackson, who hadn’t scored leading up to his game-winning triple, got to play the role of hero, it was gritty defense and timely offense from a whole cast of characters that made the difference.

Down the stretch, MSU junior guard Max Cody made a pair of contested shots around the lane. Backcourt partner Kyle Beisch was almost automatic at the free-throw line (11-for-12), despite shooting 3-for-18 from the floor.

Inside, the rotating tandem of Kody Dwyer and Sam Ohlrich had their fair share of impact moments. Dwyer was in foul trouble for most of the night, which only expanded Ohlrich’s role.

“The story of the year has been can we get both of them (Dwyer and Ohlrich) to play well on any given night?” Murken said. “I thought, for the most part, they did that.”

“Coming off the bench, I have to bring a spark to the game,” Ohlrich said. “Thankfully, I was able to do that for my guys, and we got the win.”

The lead changed hands 11 times. MSU’s largest advantage was 7 points, while Sioux Falls had a 52-46 lead late in the second half.

The Cougars kept trying to feed 6-foot-9 forward Teathloach Pal. The junior workhorse finished with a team-high 21 points on 10-for-21 shooting.

Pal’s highlight moment was a putback dunk to beat the first-half buzzer. That gave Sioux Falls a 37-35 lead at the break.

“We knew it was going to be a grinder of a game,” Murken said. “In some ways, (Sioux Falls) has had a great year because they have found ways to win close games… In some ways, we have had a difficult year because, at times, we have not trusted each other down the stretch and haven’t made winning plays. So, I think this gives us some confidence like, ‘Hey, we can do this.'”

Turning the tables on Saturday, MSU closed out a close game against the Cougars.

Following a pair of missed free throws by Cody, Sioux Falls guard Trevon Adams fought his way to the rim for a layup at the other end to even the score at 66-66 with 18.4 seconds left. Timeout called.

Dribbing between his legs, Cody organized MSU’s offense out of the break. Ohlrich came up to set a ball screen, and Cody used it as a decoy to go the opposite direction toward his bench.

As Cody’s defender stumbled into the screen, a secondary defender crashed in to cover. That left Jackson all alone in the corner.

Cody made a simple chest pass into the corner and lifted his arms in celebration before Jackson had even released the shot.

Cody’s assumption was correct — nothing but net.

“We needed it,” Jackson said. “I was shooting pretty poorly. But, I trusted my teammates, and I guess they trusted me. I got to my spot, my corner spot, and I knocked it down.”

Now, leading by three points with 2.7 seconds left, the Beavers played the fouling game and hacked Pal at center court.

Pal missed the front end of a one-and-one bonus free throws, and Trevor Rothstein pulled down the rebound to seal the upset win, 69-66.

“I have loved a lot of what our guys have done (this season),” Murken said. “But, to get that winning feeling back, that can only help them put a little more bounce in their step and feel good about the work they are putting in. I just feel great for those guys. Proud of the way they battled tonight and stayed the course.”

Next weekend, MSU hits the road for the first time since Jan. 4. The Beavers will play Bemidji State on Friday (Jan. 24) and Minnesota Crookston on Saturday (Jan. 25). 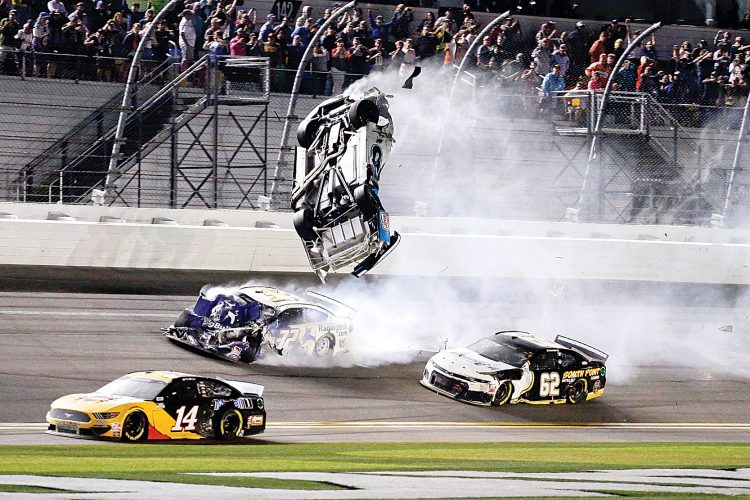 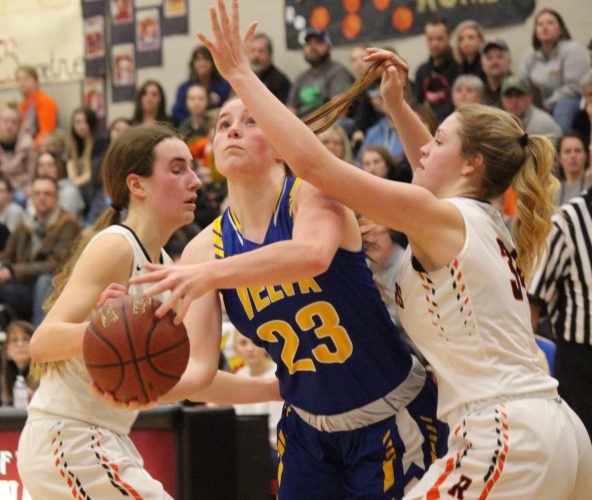 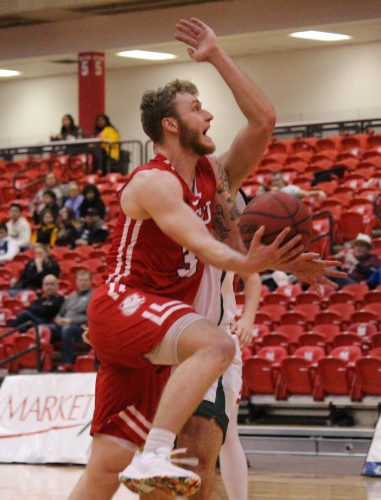 Scott wins at Riviera, and this time it counts