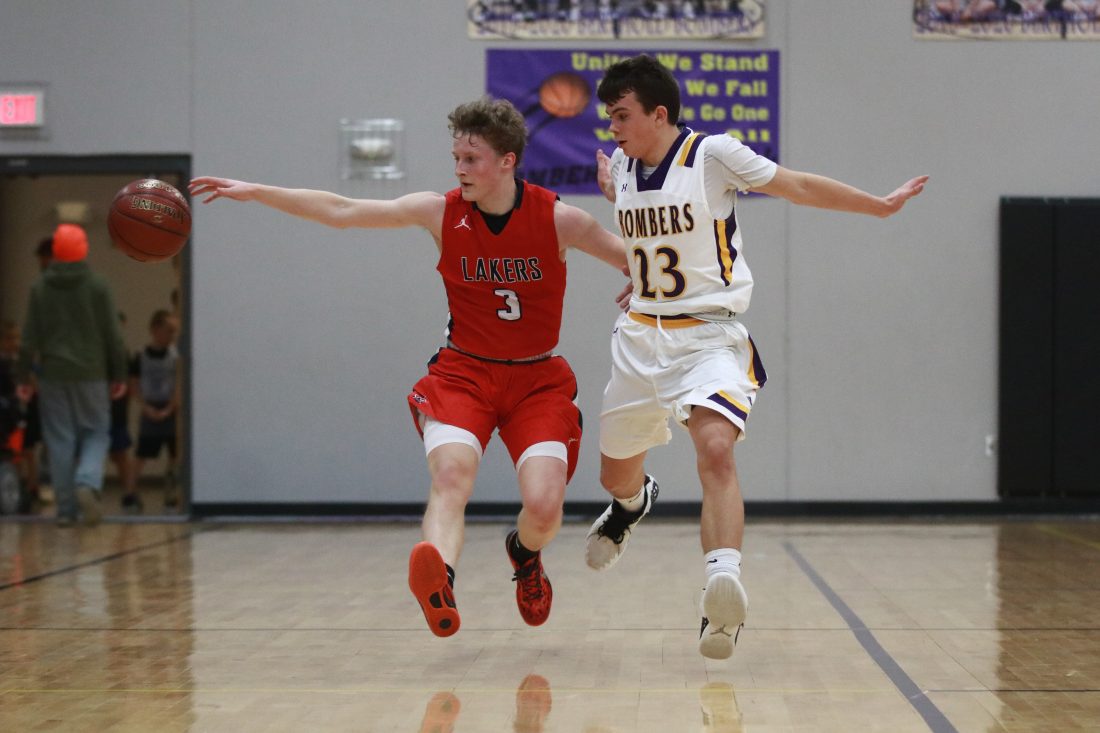 “We always talk about basketball being a game of runs,” Brown said. “We knew with the great shooters (the Lakers) are, they were going to throw a storm at us. If you have a team of great shooters like that and they shoot as many 3-pointers as they do, they’re going to make some.”

Berthold forced several DLB miscues in the first half. The Bombers’ transition attack paved the way for easy points.

The Lakers showed resolve in the second half. DLB made less mistakes and hit some open shots.

With the air out of the gym for a moment, DLB trimmed the deficit to five. As time expired in the third quarter, Berthold junior forward Walker Wold breathed new life into the Bombers.

Wold received a pass in the left corner and didn’t hesitate to shoot. His 3-pointer found nothing but nylon and gave Berthold a 48-40 lead.

“They wanted me to get the ball,” Wold said. “They found me right in the corner. I just knocked it down after my teammates set me up.”

DLB would not lie down, however. Some drive-and-kick penetration fostered an efficient outside attack.

Berthold clung to a 60-56 lead with 22 seconds remaining. The Lakers missed a 3-pointer and fouled, giving sophomore guard Patrick Simons a chance for two shots at the charity stripe.

With the home crowd behind him, Simons nailed both shots. The deal was sealed.

“District play is just awesome,” Wold said. “It’s good teams who play together and have fun.”

“We have a tendency to spot the other team a lead,” DLB head coach Tyler Ystaas said. “We play like our hair is on fire. All of a sudden, we’re right back in the game. But it ends up being too little, too late. When we have to start fouling, we’re putting the game in the other team’s hands. Berthold played a good, consistent game.”

“Every player that played made a special play tonight,” Brown said. “They did enough for us. That’s what we count on.”