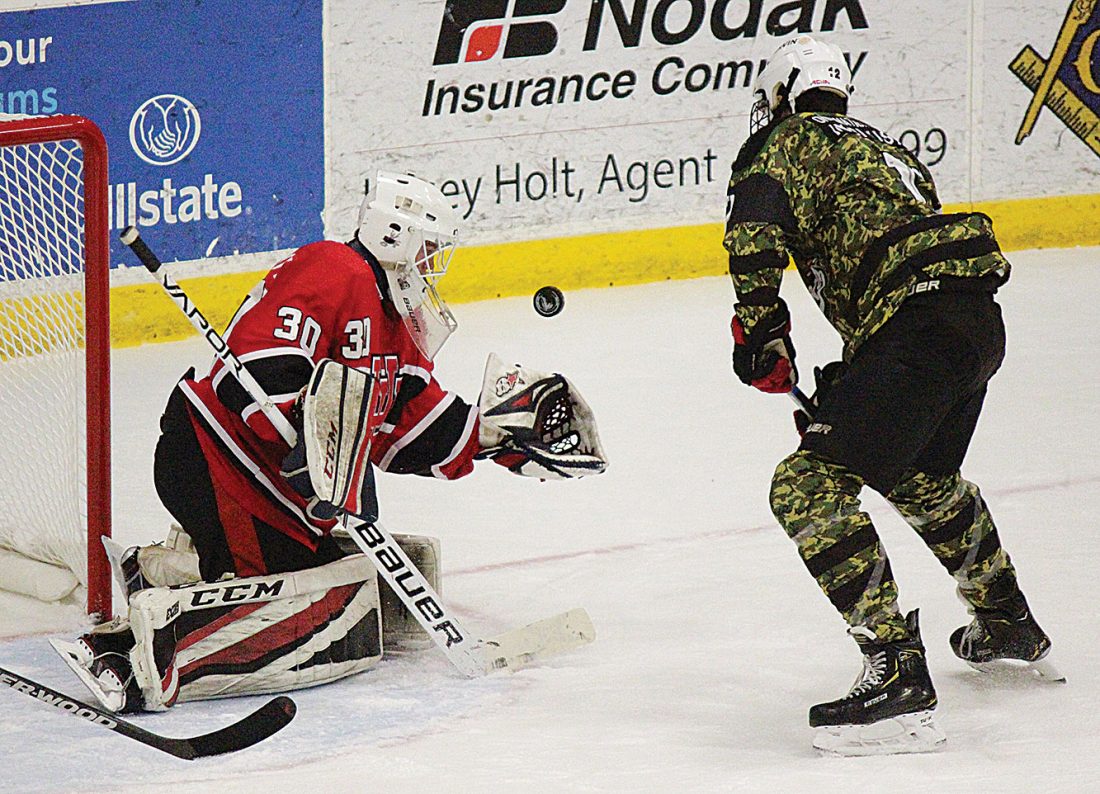 The No. 5-ranked Minot State men’s hockey team opened a three-game homestand this weekend with a 5-1 victory over the University of Utah Thursday evening at Maysa Arena.

Adam Wowryk netted a hat trick. He scored the only goal in the first period and then added two more in the middle frame. The 5-foot-7 forward leads the Beavers with 12 goals in 12 games this season.

“He has really been a spark for us,” MSU head coach Wade Regier said. “He has been getting to the dirty areas on the ice, like a Brad Marchand type, and that’s a good thing. Those are the goals you are going to be scoring at nationals.”

The other two goals came from Drew Carter in the second period and Morgan Poirier in the third period.

The Beavers have scored 63 goals this season (5.25 per game) with 16 different players scoring.

In net, Minot native goaltender Breydan Effertz earned his second win in his second start this season for the Beavers. Getting playing time has been a challenge for Effertz with Holden Kurtz and Joshua Bykowski also in the mix.

“Effertz had to make a handful of difficult saves,” Regier said. “We are getting to the point where we could have three of the best goalies in the country, statistical. And that’s a good problem to have, especially with our young defense.”

MSU (9-1-2) has now won its last four games and seven out of its previous eight. Utah dropped to 4-3-0 overall on the season.

The Beavers welcome a more formidable foe, the No. 10-ranked University of Nevada-Las Vegas, to Maysa Arena over the next two days. Puck drop this evening is set for 8 p.m. with the rematch on Saturday scheduled to start at 7:30 p.m.