MSU volleyball tops Moorhead for the first time since 2013 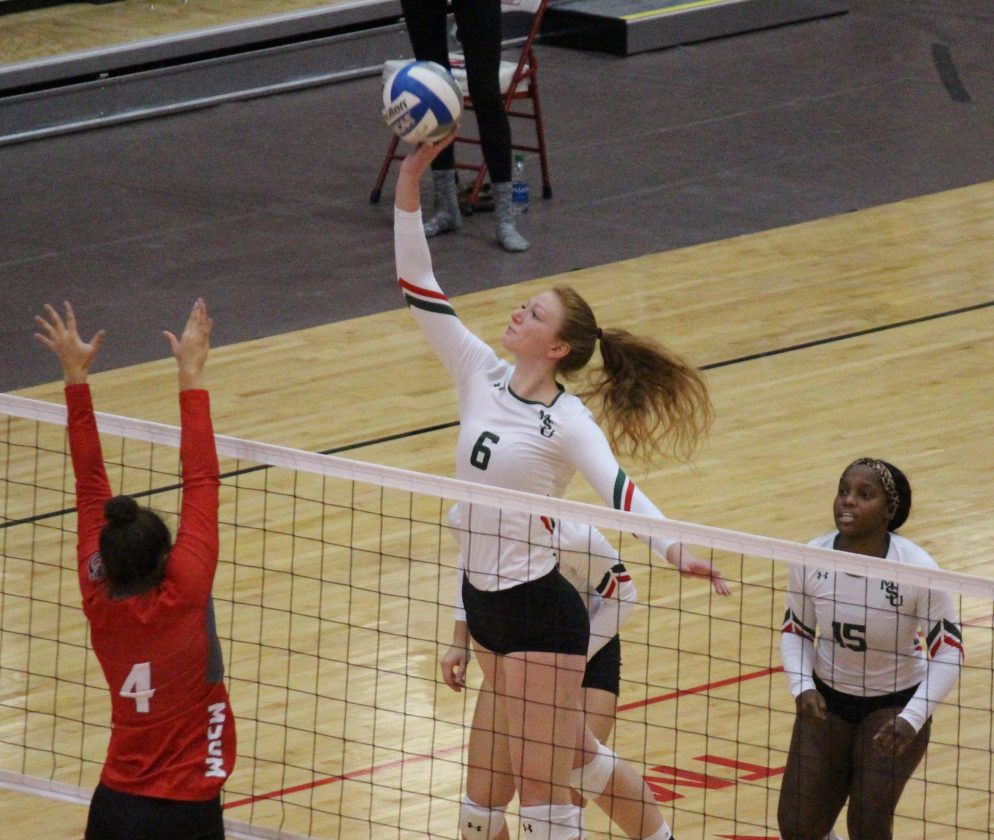 MSU Moorhead had won seven straight against Minot State and now holds a 14-2 all-time record over the Beavers.

“Right now we are 2-0 in our third part of our season,” Minot State head coach Dana Cordova said. “We have a lot of ranked teams coming up again, but they are all teams we have seen. We feel more comfortable knowing we are playing better volleyball.”

The first two sets weren’t up to Cordova’s liking, but the Beavers did manage to grab the opening set by four points, 25-21.

Moorhead led from start to finish in the second frame to even the match at one set apiece.

“Everything we needed to fix was us,” Cordova said. “I told them it was going to come down to whoever wants it more. Right then they wanted it more. But our girls came out and really fought.”

Regrouping after dropping the second set, 25-19, was a turning point in the match for the Beavers.

“We had to not play panicky and trust each other,” MSU junior defensive specialist Quinn Billaney said. “Our first set wasn’t the best, the second set we let them roll over us but, in the third, we took control and we really calmed ourselves down.”

Seniors Shelby Spuller (19) and Emily Falldorf (15) each finished with double-digits in kills for MSU. Setter Mackenzie Froehlich tossed up 45 assists.

“We didn’t have the best hitting today, and Shelby (Spuller) kind of struggled offensively,” Cordova said. “But it’s pretty nice when you can have your best hitter struggle a little bit and still find a way to win.”

“Once we get rolling, there is no touching us,” said freshman outside hitter Amarrie Welton, who notched four kills and four digs.

Minot State carries its first winning streak of the season into Aberdeen, South Dakota, on Tuesday (Nov. 5) against No. 7-ranked Northern State.

“Coach said this was the start of a new season,” Billaney said. “And right now, we are doing it all right off the bat and that’s a really good feeling for us.”