Caught in a Blizzard

Minotauros slip up against St. Cloud, 5-2 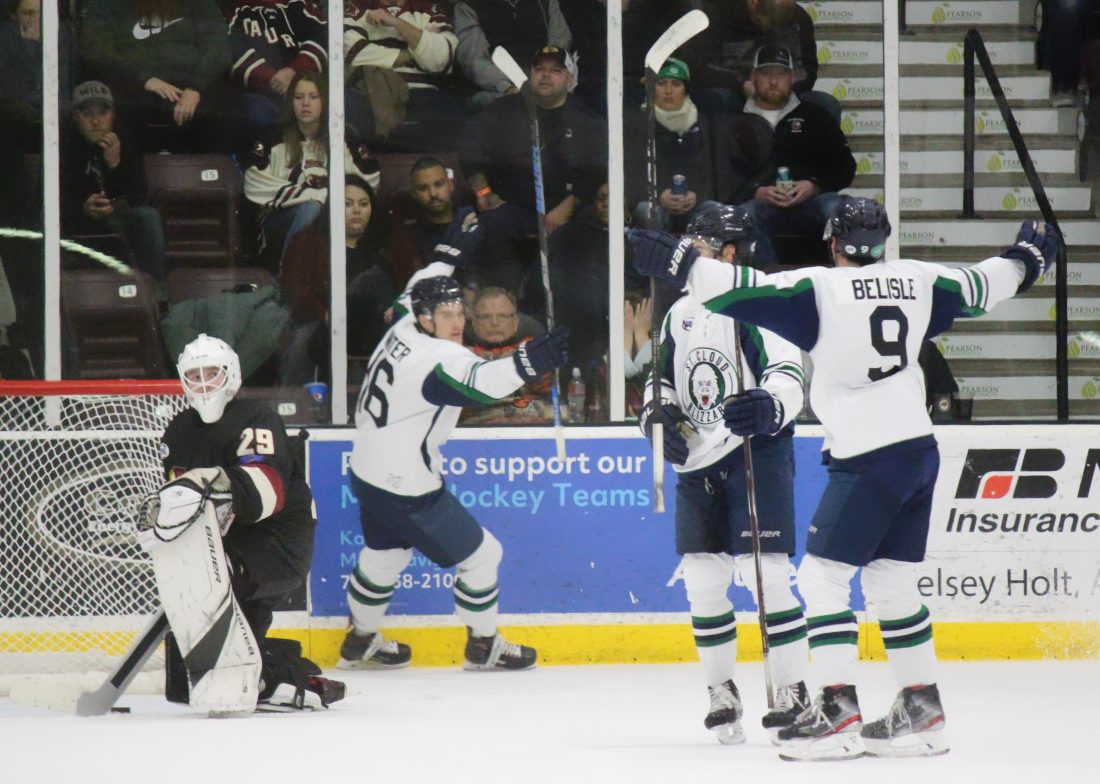 The shocking defeat snapped Minot’s five-game winning streak and gave the Blizzard its first win over the Minotauros this season.

“We talked about it,” Minotauros head coach Marty Murray said about possibly overlooking the Blizzard. “They beat Bismarck last weekend to stop a 15-game winning streak that they had. So, there is no reason we should be taking them lightly. They’re a good hockey team.”

The Minotauros came out flat and allowed two goals in the first five minutes. Max Johnson finished off a 2-on-1 breakaway, and Brady Bjork netted a power-play goal.

“The first period we were on our heels,” Murray said. “We didn’t start the game on time. They came to work, and we didn’t.”

Both were sent to the penalty box for two-minute minors.

Play resumed with 4-on-4 hockey and former Minotauro Ryan Green got back at his old team with the Blizzard’s third goal.

Fifteen minutes into the contest and Minot was looking up at a 3-0 deficit.

“You get down 3-0, it’s hard to climb back,” Murray said. “I thought we had a really good second period and gave ourselves a chance.”

The Minotauros finally showed signs of life on their first power play of the game with two minutes left in the first period.

First, Kleven struck the crossbar. Then, Minot’s leading point-getter, Andranik Armstrong-Kingkade, picked out Cade Stibbe from behind the goal for his 10th assist (23rd point) of the season.

Pushing for a second goal, Minot outshot St. Cloud 19-6 in the second period. But the Blizzard broke free for another 2-on-1 breakaway, and Bjork buried his second goal of the game.

“We were way too casual with the puck and nonchalant,” Murray said. “It ended up biting us.”

Minot threw everything they had left at St. Cloud in the third period.

Cole Hanson managed to cut the deficit down to 4-2 on a back post goal 2:32 into the frame. But no more goals came.

The Minotauros haven’t won a game this season when trailing after the second period (0-4-0). That trend held on Friday. A three-goal hole was too big to dig out of, as Blizzard goaltender Sam Metcalf kept making difficult saves.

Capping a bitter defeat, Bjork got an empty-net goal to seal the Blizzard’s first hat trick performance this season.

The Minotauros and Blizzard meet again for a rematch at 7:35 p.m. this evening at Maysa Arena.

“We have to take a look in the mirror,” Murray said. “I thought we did some good things in the last 40 (minutes), but we have some guys that we need more out of — guys who can be effective for us. In this league, if you don’t have everybody going, it’s hard to win.”