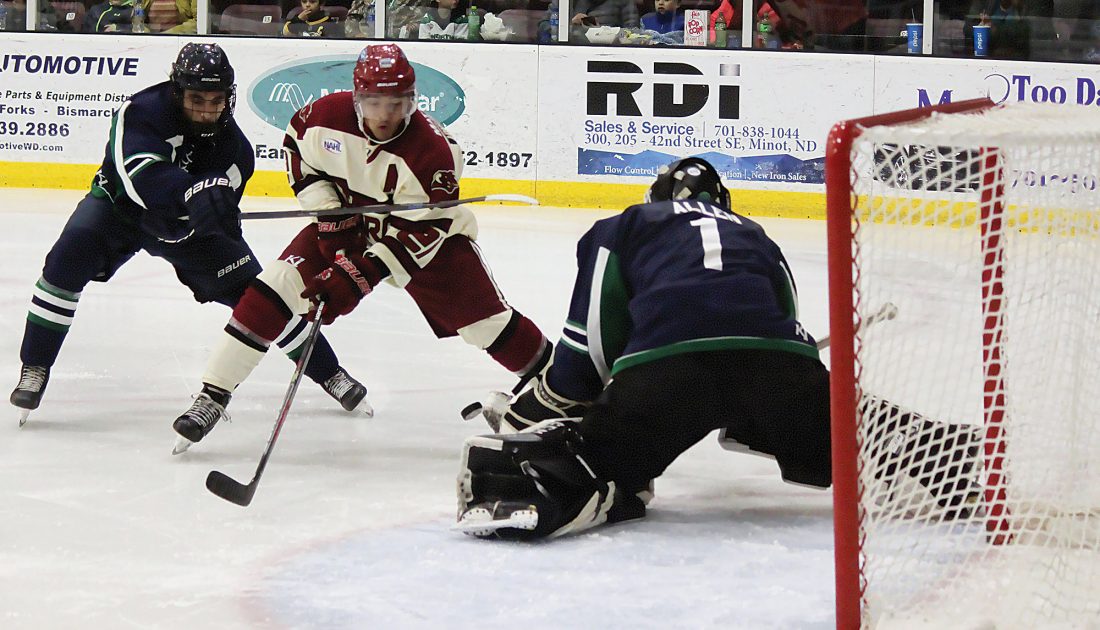 The ice at Maysa Arena had to wait an extra week to welcome the Minot Minotauros back for another season. The delayed home opener only built up the tension and excitement levels.

Minot’s original home opener last weekend against the Aberdeen Wings was called off due to travel conditions caused by snowy weather.

The Minotauros conquered a different Blizzard on Friday.

“It was an entertaining game,” Minotauros head coach Marty Murray said. “A lot was going on. We went up 5-1, and they made a pretty big push there to get back in the game. This early in the year, there are some good things to take out of this and some things we have to get better at.” 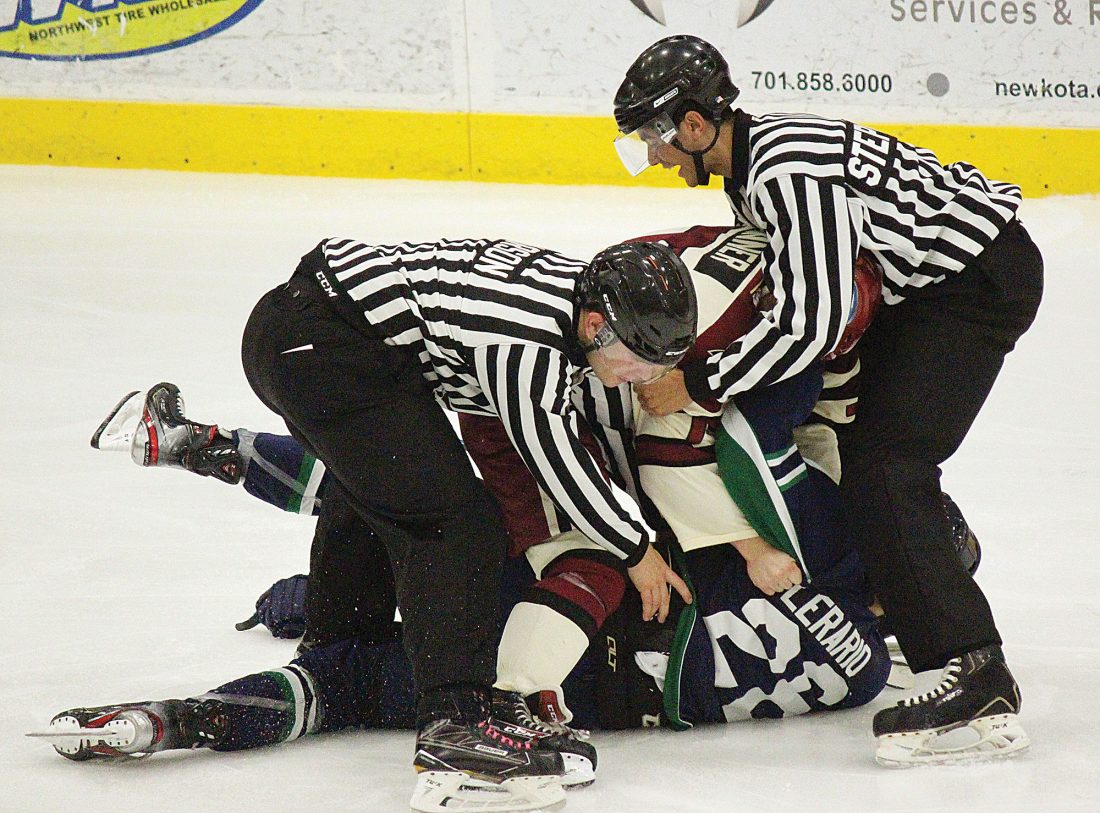 A fast and hectic start featured a post clanked by the Minotauros and a Blizzard breakaway broken up in the first minute.

Fargo native and former Fargo Davies standout Jay Buchholz took a quality scoring chance and turned it into a goal five minutes later for the Minotauros. Kyler Kleven spun around near the blue line and found Buchholz all alone in front of the goal for a flashy assist.

Minot defenseman Owen Baumgartner rifled in the second goal from the blue line after creating a shooting lane with a fake slap shot. The two-goal advantage didn’t last for more than a minute.

The Blizzard used a 2-on-1 breakaway to beat Minot goaltender Ben Garrity for the first time. Jack Suchy finished the opportunity off a pass from Ryan O’Neil to put the score at 2-1 after one.

The first period featured 22 shots on goal (14-8 in favor of the Minotauros) with only one unsuccessful power play for Minot. Both offenses were finding open ice to exploit while playing at full strength.

Minot dismantled St. Cloud with three goals in the first two minutes of the second period. Cade Stibbe, Cole Hanson and Joseph Harguindeguy chipped in with the rapid-fire goals.

“That was the turning point in the game, no question,” Murray said. “Ironically, we then get a power play and that gets them back into it. Hockey is a funny game.”

Frustrated with what just happened, Blizzard forward Rocco Lerario lost his cool with a major kneeing penalty and then picked a fight with Minot defenseman Sam Skinner.

Unconventionally, the ensuing penalty benefited the Blizzard. O’Neil scored a short-handed goal halfway through the five-minute penalty kill, and St. Cloud had a handful of other breakaway chances.

The eighth goal of the game also went to the Blizzard on a wraparound goal by Owen Belisle with 7:41 left in the second period.

“Give credit to them, they pushed back,” Murray said.

The Minotauros ended the middle frame by killing off a 5-on-3 Blizzard power play to stay ahead 5-to-3.

Andranik Armstrong-Kingkade doubled up the Blizzard, 6-3, with a backhanded goal two minutes into the third period.

The scoring frenzy subsided over the final 18 minutes, despite Kleven getting a penalty shot.

The Minotauros return to the ice at 8:05 p.m. this evening in a rematch against the St. Cloud Blizzard at Maysa Arena.