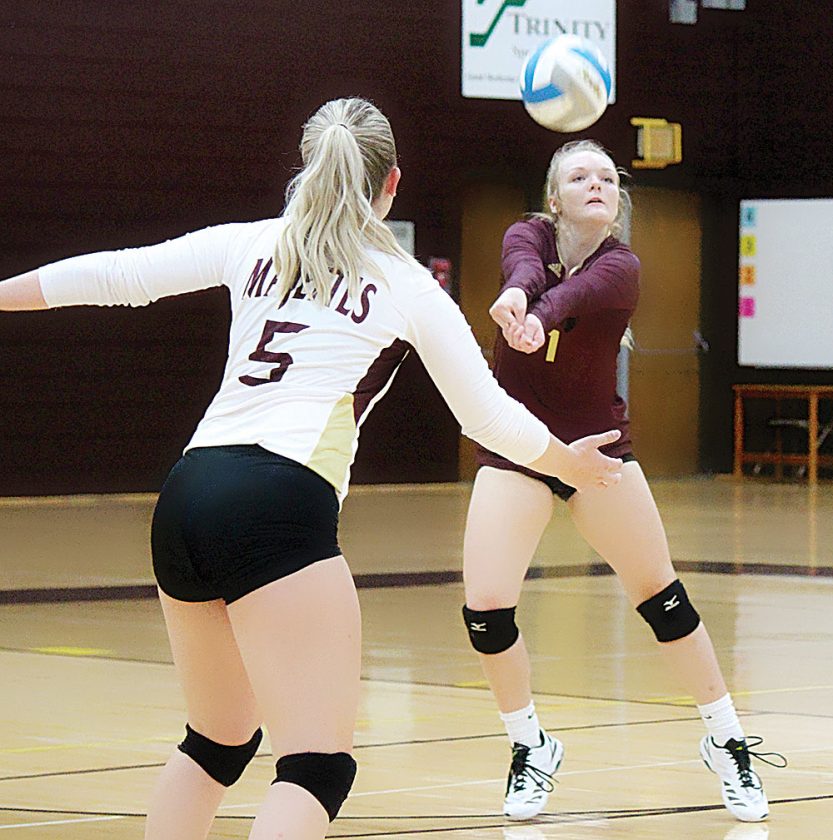 “We did things the opposite from what we usually do,” MHS head coach Sherry Carlson said. “The girls came out strong and ran with Century in the first set. After that, Century controlled the offense. We are pushing our speed and aggressiveness, and will continue to do so.”

MHS junior setter Paige Ackerman was out of the lineup, so the Majettes relied on a 5-1 style of offense with senior Paige Rosencrans taking on all of the setting duties. She finished with 17 assists.

“Defense did a nice job of picking up hits,” Carlson said. “We just need to capitalize on those saves.”

Minot travels to Jamestown (13-4, 9-1 WDA) next to face another top-tier WDA team this season. The Majettes have three more home matches this season: Oct. 15 against Mandan, Oct. 25 against Dickinson and Oct. 29 against Legacy.