Magi soccer with ‘nothing to lose’ in 10th straight state berth 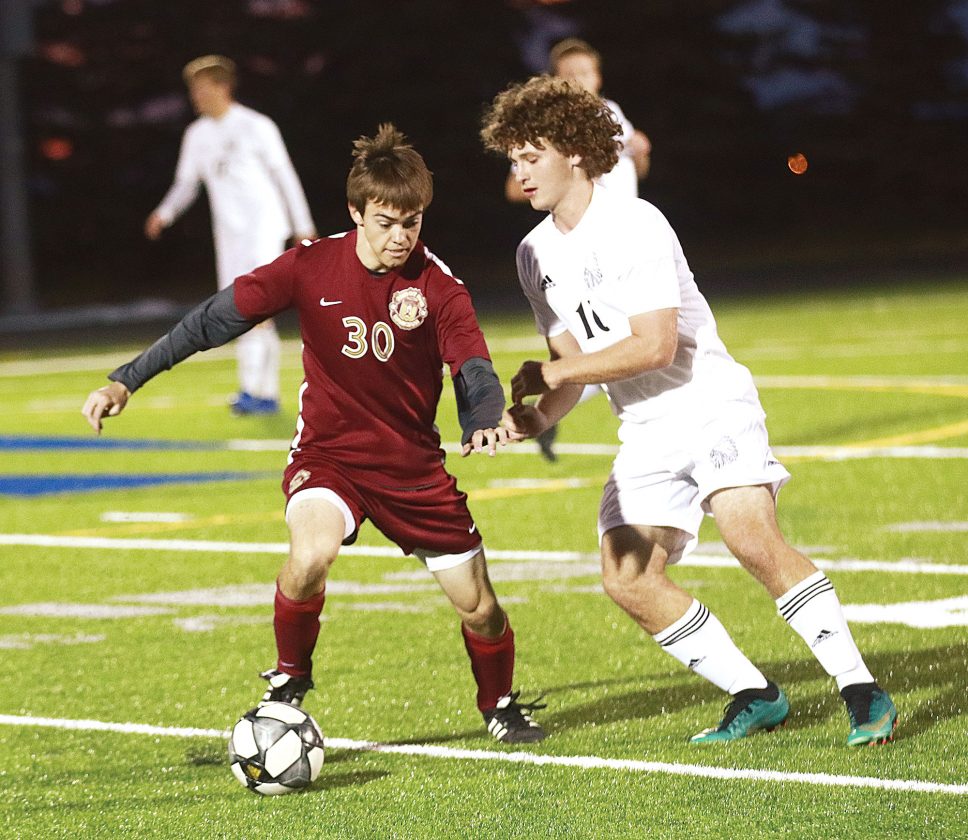 Opponents beware, the Minot High School boys soccer team is playing with house money at the state tournament this weekend.

The No. 5-seeded Magicians had to upset No. 4 Legacy in a state qualifier game on Saturday to secure their spot in the final eight.

“We are ready to compete and feel like we are going in with nothing to lose,” senior goalkeeper Braden Cochran said. “(We feel) on top of the world, especially after beating Legacy 2-0.”

The Magicians (6-7-2) have found their swagger as of late. Minot has won its last three games in shutout fashion with victories over Mandan (1-0), Williston (6-0) and aforementioned Legacy (2-0).

“This was the best 10-15 days leading up to the state tournament that we have had in my little coaching stint,” said MHS head coach Creighton Bachmeier, who is coaching his sixth season. “The training sessions have been quality, and the kids have come with that energy and passion that you talk about at the beginning of the year.”

Minot started the season with a 1-4-1 mark, then grabbed back-to-back wins against Mandan and Williston before only getting a point in its next four games.

The Magi beat Mandan and Williston again at the end of the regular season and took down Legacy a second time in a WDA Tournament state qualifier to keep their season alive.

Hardly conventional, but everything worked out.

“It could have gone better,” junior midfielder Walter Markle said. “There are games we definitely could have won — games we let go — but what is done is done. We are on to the state tournament, and that’s where we wanted to be.”

All six of Minot wins this season have come in shutout performances. Sounds simple, but the Magi’s winning formula has been keeping the ball out of their own net.

“As long as we can keep a zero, I feel like our chances are very, very good,” Bachmeier said in jest. “Even if it goes into overtime or penalties, I love our chances because of who we have in net.”

Cochran has posted seven shutouts so far this season.

“We are defensive-minded, and I think that was our strength throughout the season,” Cochran said. “When we are all communicating really well, those usually turn out to be the best games for us.”

Stepping up on the Magi’s backline has been Reegan Meyer. The junior center back received high praise from Bachmeier for his contributions this season.

“His ability to command and organize everybody else improved to a whole new level,” Bachmeier said. “(Meyer) is able to help four to five guys at a time think through situations while normally handling some of the fastest guys on the pitch coming at him.”

Scoring has been a group effort with the Magi only managing to net 18 goals this season. Junior forward Kam Foley, sophomore midfielder Ezra Hagerott and junior midfielder Cam Bolinske each have four goals apiece.

“The list goes on and on,” Bachmeier said about naming players who have stepped up this season. “I don’t think the paper is big enough for all of the guys, and how much I love this crew.”

Minot will face Fargo South on Thursday in the first round of the state tournament at the Dacotah Centennial Park in Mandan.

Scouting an East Region team is a challenge given the few times these teams meet over the years.

“We try to watch film we can pull off YouTube or Hudl to gain any pieces of information that we possibly can,” Bachmeier said. “It’s hard. I wish we had more games against the East so you could get more of a feel, but that just isn’t the case.”

Kickoff on Thursday is set for 2:15 p.m. with temperatures predicted to drop below freezing during the tournament.

The Magi are up for any challenge that lies ahead.

“No matter the adversity this year — injuries, not having the depth we have been accustomed to, moving facilities — this group has adapted,” Bachmeier said. “So, whether we play on a dirt road in 95 degrees or play on grass that might be sloppy and covered with snow, this group will be ready to play soccer.”