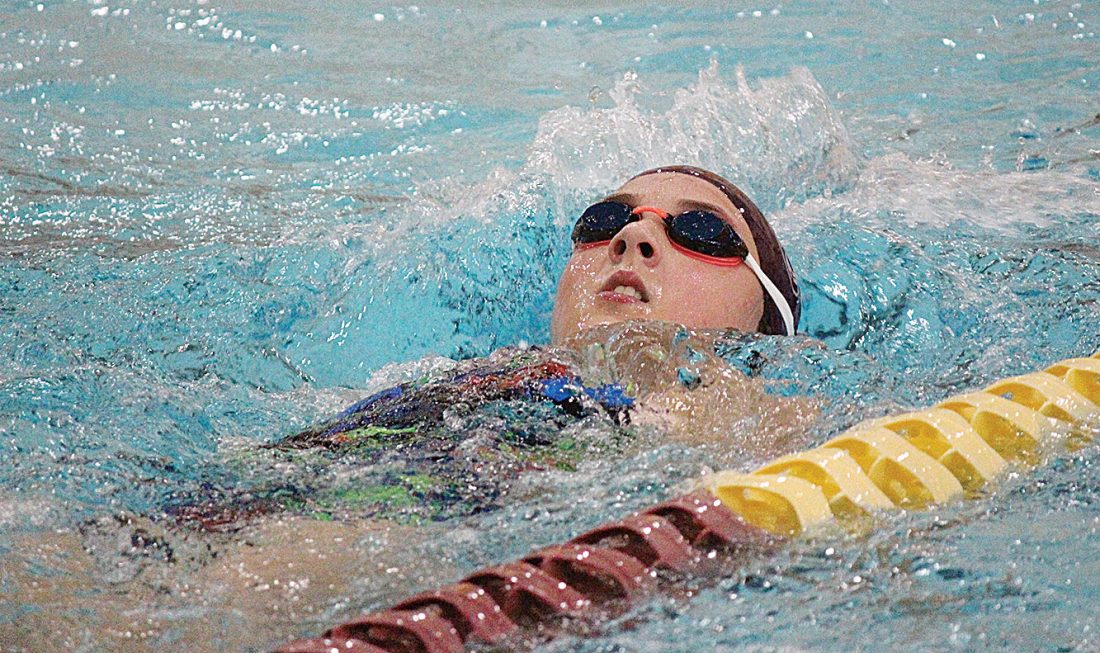 Alex Eisen/MDN Sophomore Payton Luzardo does the backstroke during a Majettes swimming and diving practice held earlier this week in Minot.

Coming off a second-place finish at the 2018 State Meet, the Minot High School girls swimming and diving team is energized to see what this new season has in store.

There is an air of uncertainty after the graduation of a large, talented senior class. But, head coach Emily Jensen is eager to see what all the new faces can bring to the table.

“The seniors that we lost were strong seniors,” Jensen said. “They scored a lot of points for us and had been on the team for a long time. So, it’s a growing year. We are young, and the kids are taking it in stride. The new kids have been great coming in with a good positive attitude. While the older veterans have done a good job of leading by example.”

The Majettes still return a handful of swimmers who have had success at past state tournaments. 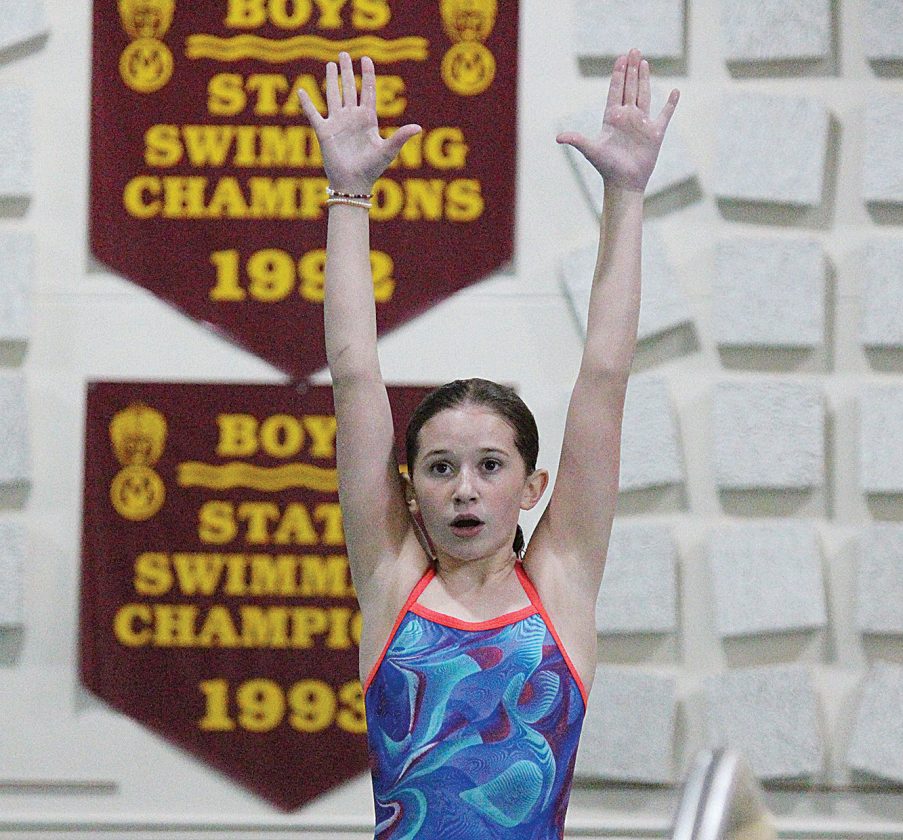 Sophomore Jordn Wolsky placed sixth in the 100 butterfly and was a part of the fourth-place 200 freestyle relay team. She narrowly missed the final heat for the 100 backstroke, coming up four-hundredths of a second short to finish ninth in preliminaries.

“We are looking pretty good,” Wolsky said. “I think our big events this year will probably be the IMs, distance frees or the sprint frees.”

Senior Iris Jessen took seventh at state in the 100 backstroke last year, plus was also a part of the 400 freestyle relay team and the fourth-place 200 medley relay team.

Jessen is one of the team’s captains, along with senior teammates Brooklyn Filler and Alexandria Elliott.

“We have a lot of distance girls,” Jessen said. “We lost a couple from last year, but we still have a couple more this year… I like (having new girls around) and seeing how they fit in with the team. We get to see where they are at right now and how they progress through the season.”

As for the newcomers, Jensen abstained from going in-depth and pointing out who could make an impact this season. She wants to see how they do in the first couple of meets before evaluating their potential.

For many of them, this will be a learning season.

“Hopefully, get a year or two (of experience) under their belts, and then they will be a driving force for our team,” Jensen said.

Wolsky added: “It’s kind of like seeing your younger self grow. It’s fun to be able to watch them.”

The youngest diver at the state meet last season was Minot seventh-grader Ella Kesler. The middle schooler was three points away from making the semifinals in the 1-meter dive.

Sophomore Mattie Jacobson, sophomore Isabella Price and freshman Ashlyn Nielsen join eighth-grader Kesler as divers who are listed on the roster and will try to avoid making any waves in the water this season.

“We have a good group of divers that joined who have a dance and gymnastic backgrounds,” Jensen said. “Hopefully, they can make an impact again this year. That would be fun to see.”

The Majettes open the new season with the Bismarck Invite at 10 a.m. this morning at the BSC Aquatic & Wellness Center.

The first chance to assess all the pieces and see what fits together. The beginning of a new jigsaw puzzle.

“It’s a little bit nerve-wracking,” Jensen said. “I don’t know where some of them will best fit and help our team out. But, they’re receptive to trying new things and doing things a little bit different than what they do in their club practices. That’s been nice to see. It’s exciting for the future.”