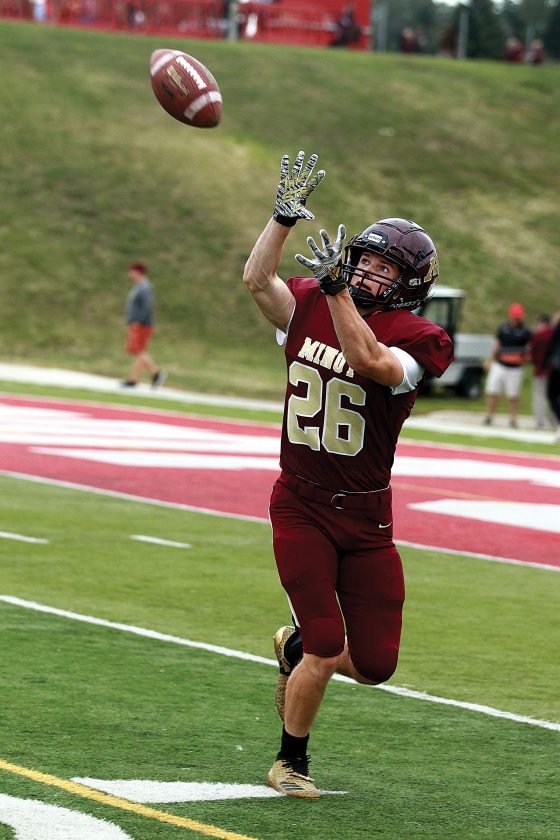 Jimmy Lafakis/MDN Payton Philion prepares to catch a pass while warming up before a game against GFRR at Herb Parker Stadium. Minot defeated Red River 14-12, and Philion rushed for 210 yards and two touchdowns.

Once Payton Philion earned an opportunity last season, he seized it. Injuries kept Philion out of the rotation during the beginning of his junior campaign, but he worked his way back on the gridiron.

Minot High’s senior running back burst on the scene at the tail end of 2018, scoring three touchdowns in a 42-28 loss against Mandan. Philion added two more scores in a 33-0 win over Dickinson.

He saved his most explosive performance for the season finale, finding the end zone six times in a decisive 47-28 road victory over Grand Forks Red River.

“I like running free,” Philion said. “I like going inside and going outside. I like going everywhere, really. It’s just running hard, lowering the shoulder every once in a while and juking a couple of people out.”

The Magi stand at 1-1 this season. Philion rushed for 210 yards on 28 attempts and scored both of Minot’s touchdowns in a 14-12 win over Red River, and contributed 82 total yards in a 28-14 road loss against West Fargo Sheyenne.

Although Philion prefers to keep a low profile, his quiet confidence on the field paves the way to success. He moves swiftly on the turf, but is even more quick to give credit to others after wins.

“I love coaching kids like him,” Minot High head coach Barry Holmen said. “He’s tuned in. He’s not a rah-rah guy, but he’s hearing every word. He’s processing. You would love to coach a bunch of Paytons.”

Keen vision is one of the most important attributes for a running back. Philion also plays center for the Minot High hockey team, which requires him to always stay alert on the ice.

He takes all the faceoffs and serves as a leader on the team. Periodically, Philion takes time to show his hockey teammates how to properly tuck the pigskin.

“Hockey is a tough sport because the puck is moving this way and that way,” Holmen said. “He’s got a unique skill set that carries over on the football field. He’s got the ball, he’s on the move and he’s got to change directions a little bit. He’s got some shifty hips and really strong legs. He’s trained hard to be a very fine high school athlete.”

Philion wears No. 26 because he looks up to New York Giants running back Saquon Barkley. Ironically, he said he emulates his running style after the New York Jets’ Le’Veon Bell — who also dons 26.

“I just like how patient (Bell) is,” Philion said. “He waits for stuff to open up and then takes his shot.”

When the Magi hit the road, Philion will listen to a mix of rock and rap on the team bus. He will start off with Post Malone, then shuffle to Eminem and his favorite rock songs as game time approaches.

Philion listened to one of the album’s most popular songs, “Take What You Want.” The track boasts eclectic features from Ozzy Osbourne and Travis Scott.

The running back earned postseason honors for his work last season, but his teammates believed in him before he got his chance.

“When he wasn’t really in the rotation as much, he kept grinding and grinding,” senior wide receiver/safety Johnny Butz said. “He got the start (against Mandan) and showed everyone what he could do. We all knew he could.”

Philion has lived in Minot for his entire life. After playing YMCA football in elementary school, injuries prevented him from significant action in middle school.

When Philion steps on the turf, he carries more than the ball — the senior also feels as if he bears a torch of responsibility to the Minot community.

“Wearing the ‘M’ on us stands for more than just the school,” he said. “It stands for what you are and everything you do. Everywhere you go, everybody is going to look at you differently. If you screw up out there, they’re going to see it and they’re probably not going to like it very much. You’ve got to be careful with what you do and really represent.”

Whether he’s running on the “Magic Carpet” turf at Duane Carlson Stadium or skating on the ice at Maysa Arena, one constant remains. Philion is always in the middle of the action.

Because he uses words like “family” and “brothers” to describe his football teammates, Philion has maintained an earnest perspective on the game. 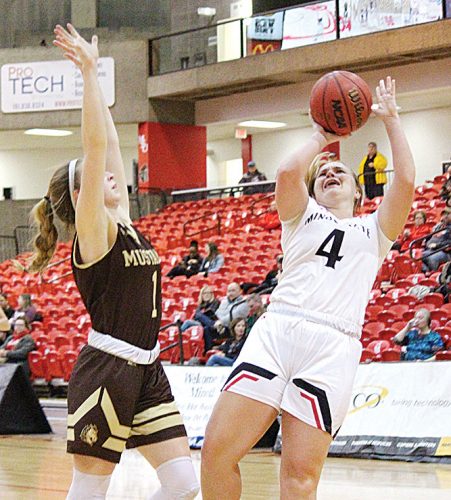 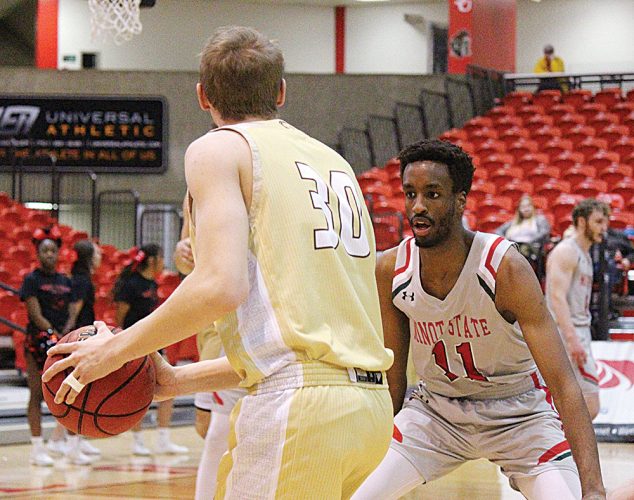 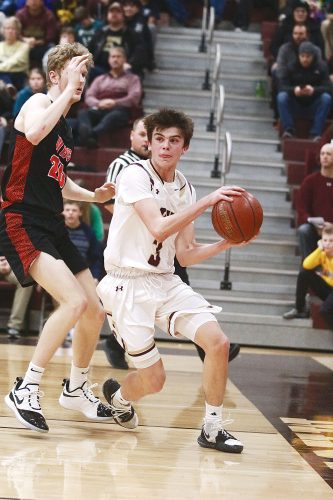