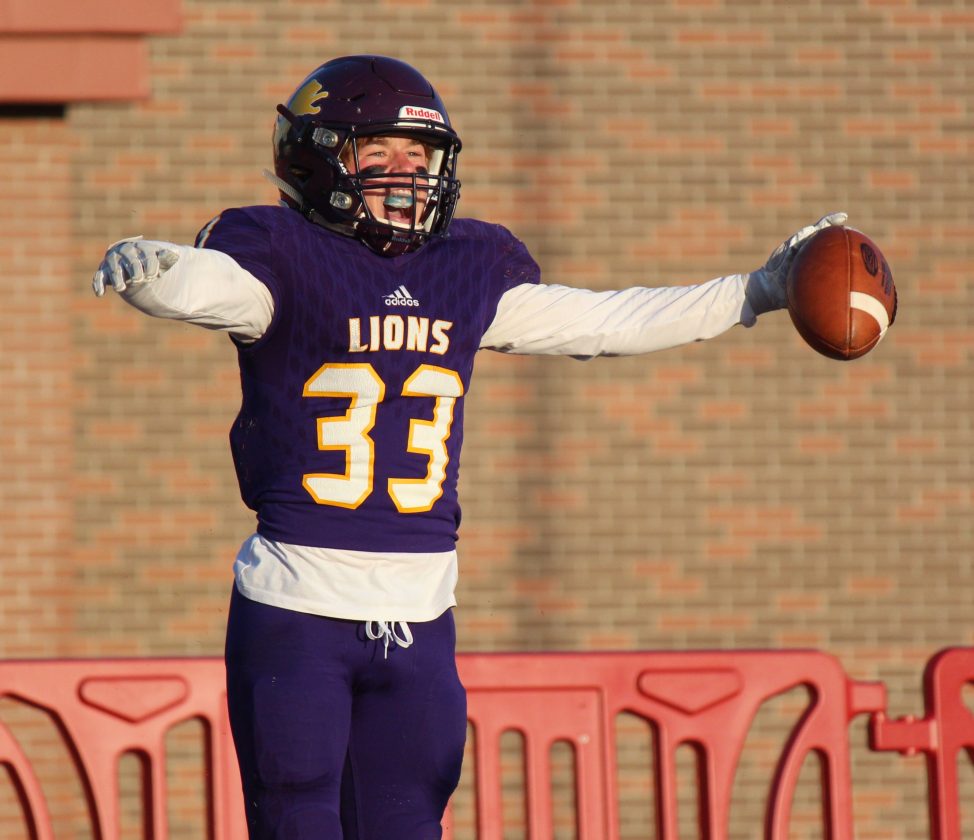 The rout was on.

“We run and hit, that’s kind of our motto,” Coleman said about his defense. “I like everything about our defense. We are fast and physical.”

Logan Merck sprinted away for the first score on a short pass from junior quarterback Nick Sanders inside his own half. Jaxon Feller broke off a lengthy run on the second score.

Those were the only two offensive plays that Ryan lined up for in the first quarter.

“That’s always the plan, try to score as fast as we can,” Coleman said. “That was a great way to start the game.”

Ryan junior cornerback/receiver Bryson Elm had a second quarter to remember with two interceptions and a rather lucky touchdown grab. The ball was tipped and Elm, who wasn’t the intended target, happened to be at the right place at the right time.

“I was running my vertical like the play design was, and it got tipped up,” Elm said. “I just saw an opportunity and went for it. Scooped it off the ground almost, and scored a touchdown.”

Despite the scoreline, Coleman wasn’t too pleased.

“We had far too many errors,” he said. “The first half was pretty ugly, I thought. We addressed that at halftime… Penalties, false starts, just bad poor mistakes.”

More penalties surfaced in the second half. Ryan, at times, was playing more against themselves than Tioga.

The Lions scored twice in the third quarter off a one-yard quarterback sneak by Sanders and a 16-yard touchdown run by Feller.

Ryan emptied the bench for the fourth quarter. Sophomore running back Rylan Vibeto scored on a 21-yard run. Fellow sophomore Jacob Fricke also wanted in on the action.

With 29 seconds remaining, defensive lineman Fricke had a pass end up in his lap and he rumbled into the end zone for Ryan’s ninth touchdown of the game.

“I really didn’t expect it,” Fricke said. “I just turned around and the ball was right there.”

Ryan has scored 195 points while giving up 18 points in four games this season.

The Lions’ attention now turns to Region 3 rival No. 4 Velva (3-0). Ryan narrowly beat Velva last season to win the region, but the Aggies advanced further in the playoffs.

“It’s been in the back of our minds,” Coleman said. “It’s going to be a huge matchup, and I can’t wait.”