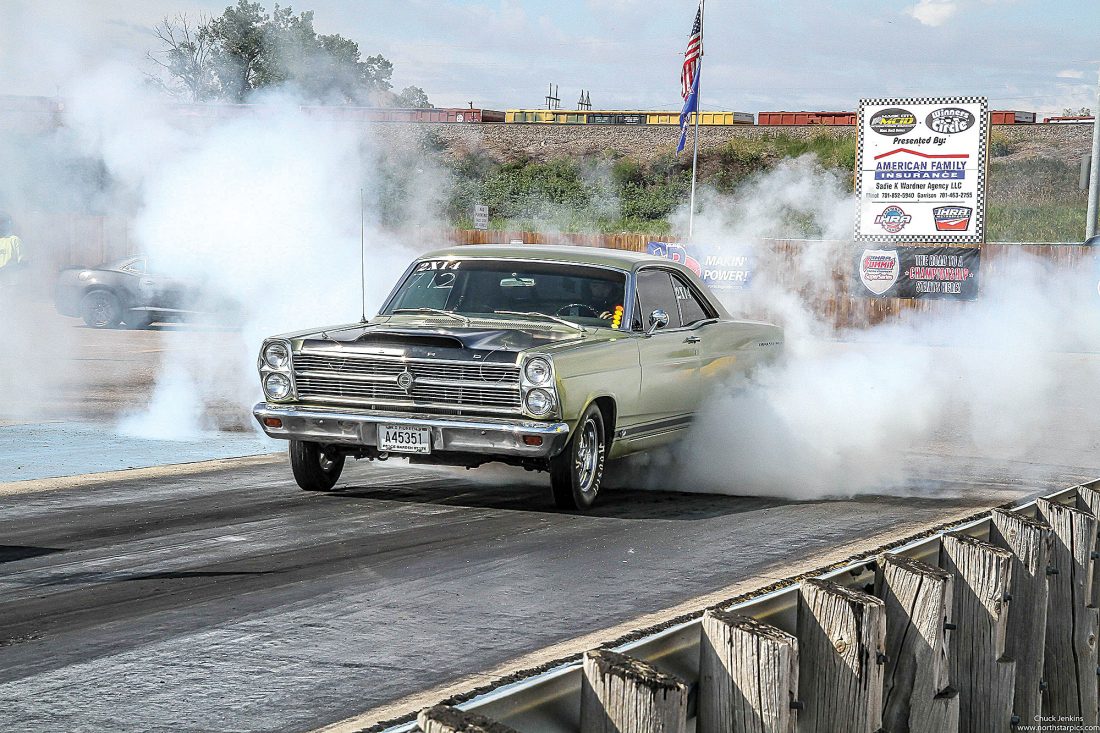 When Jim Grote peers around the Minot City International Dragway, he sees families coming together. Although he is not related to everyone at the dragstrip, racers and spectators have essentially become Grote’s extended family over the years.

Grote, an MCID co-owner, will help host the season finals this weekend. The festivities will begin tomorrow with the Flashlight Friday event, continue on Saturday with Jackpot Racing and conclude on Sunday with the IHRA Season Final Points Racing.

Drivers from North Dakota, South Dakota, Minnesota, Montana and Canada will participate in this weekend’s event. According to Grote, the racers are aged seven to 70.

“The beauty of drag racing is if your car breaks right here and something happens, your competitor will actually try to help you,” Grote said. “Most of the people here, they don’t want to win by default. ‘If you break and I can race, I’m going to win.’ But they would rather honestly beat you. Fair and square. We’ve had guys here grab parts off other cars to help people.”

All five classes (Top ET, Mod ET, Street ET, Motorcycle/Sled and Junior Dragsters) will take their talents to the asphalt this weekend. Participants have the opportunity to double their rewards for the season finals — double entry fees allow for double points and double payouts.

The stakes are high for a competitive season finale.

“It’s a lot of excitement,” MCID co-owner Cory Evenson said. “It’s the last race of the year and the points battles are intense. A lot of potential champions could be crowned this weekend. It could be really exciting, and we will see who comes out on top.”

Chuck Schmidt is a local driver, hailing from Surrey. Schmidt is a Top ET competitor who has consistently raced at the dragway since 2014.

Heading into the weekend, Schmidt is tied for third place with 1400 points. He said he enjoys racing for the adrenaline rush.

“This is everything you work for in the year,” Schmidt said. “It’s a really cool deal. It always comes down to everybody coming together.”

The track’s family atmosphere has played a large role in Grote’s love for Minot. Originally from New York, Grote made the decision to stay in North Dakota for the rest of his life.

“I’ve never met finer people who will go out of their way to help you,” he said. “It’s just one of those things. No matter where I’ve been here, the people are really nice. They’re compassionate and they’re helpful. ‘What can I do for you?’ That kind of thing.”

Evenson has started a quest to preserve as much North Dakota drag racing history as he can. He has loved drag racing since the 1970s, back when it was featured on ABC’s “Wide World of Sports.”

No matter the season finale’s result, the event promises to bring people together at North Dakota’s only sanctioned dragstrip.

“This is our family away from home,” Evenson said. “These folks come out here and join us for the weekend, and we love them to death. It is something that we take very seriously and we’re very proud of.”