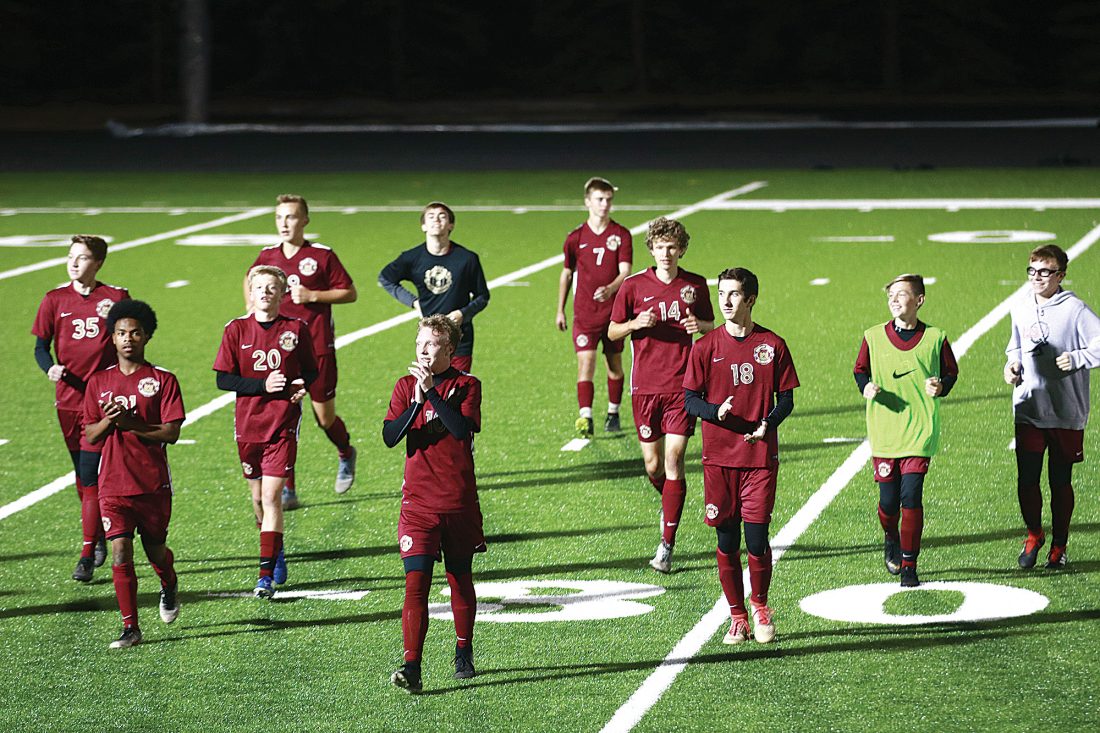 Kam Foley did not want to leave Duane Carlson Stadium with only one point.

Minot High School’s junior midfielder found the back of the net in the 78th minute, helping the Magi defeat the Mandan Braves 1-0 off his unassisted goal.

“I saw (the goalkeeper) keep backing up when I was taking the space.” Foley said. “I said, ‘If he’s going to keep giving me the space, I’m just going to take the shot and see what happens. It went in, so I was pretty excited.'”

Foley penetrated through the teeth of the Mandan defense, then found the net’s back corner with his left foot. The right-footed Foley surprised Minot High head coach Creighton Bachmeier with the maneuver.

“I honestly thought he was going to slot it back across,” Bachmeier said. “Because he had done that three, four, times already. We couldn’t convert. Then, he just trusted his left foot and he smashed it home. It was a clinical finish, for sure.”

Foley’s golden goal earned him Man of the Match honors from the coaching staff.

“This time of the year, you want to be as many competitive moments, situations and matches as you possibly can,” Bachmeier said. “The postseason is right around the corner.”

The Magi and Braves last met on Sept. 5, with Minot earning a 1-0 win in Mandan. Tonight, the Magi held a 22-13 shot advantage.

“I think that’s the best game we’ve played all season,” Foley said. “We dominated that game. I think it would have been a different game if we would have got the chances in. But a win is a win.”

With the victory, the Magi likely locked up the No. 5 seed in the WDA Tournament. The tournament will begin on Thursday, Oct. 3.

“You only get four years of it,” Foley said. “You’ve got to enjoy it while it lasts. It’s always fun. Every year is a new challenge, so you’ve got to go out and play your hardest every game.

Before the postseason begins, Minot and Williston will clash in the Magi’s final regular-season game. The contest will begin at 7:30 p.m. on Thursday at Duane Carlson Stadium.

Bachmeier said the Magi have struggled to find the player who will score the soccer ball, but are using those moments to hopefully build off of them.

“That feeling stinks when you miss,” Bachmeier said. “You’ve got the weight of the world, it feels like, on your shoulders. All you can do is get the next one. Kam Foley absolutely delivered for us tonight in a big way. A much-needed three points.”

The Magi broke their postgame huddle with a special cheer.