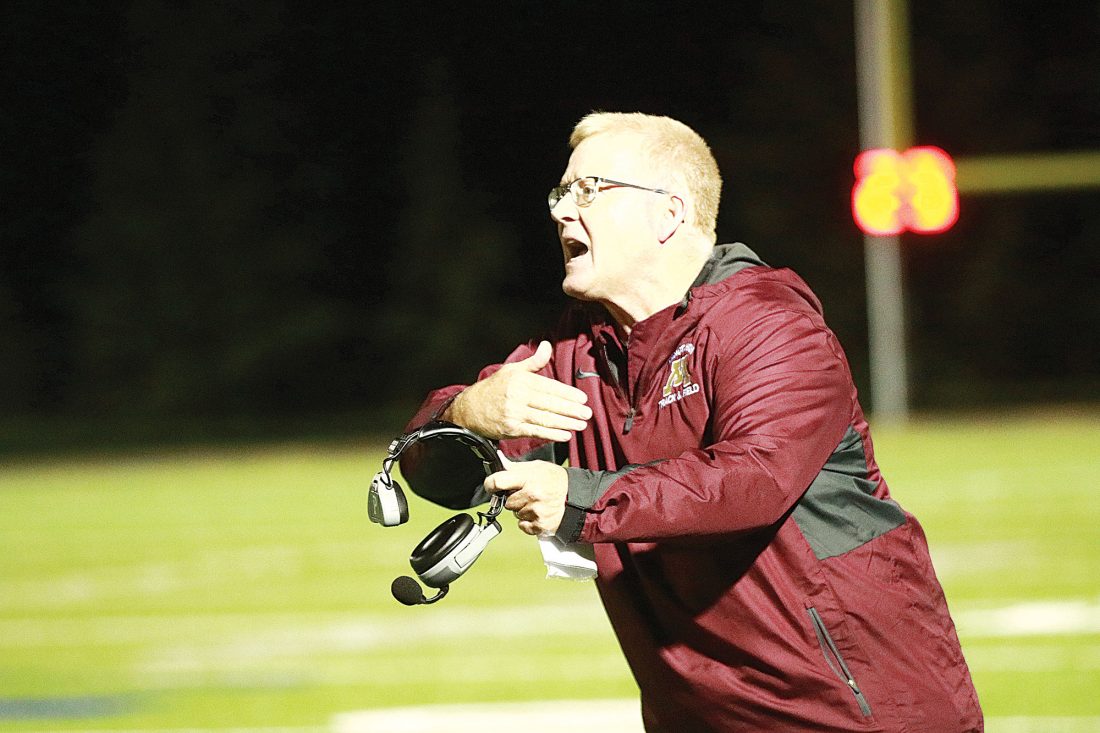 When the Minot High School football team squared off against Mandan, the calendar read Friday, Sept. 13. Although that day can be quite frightful, Minot wants to shake off another number — 14.

The Magicians have scored 14 points in each of their first three games. Fourteen was good enough to defeat Grand Forks Red River back on Aug. 31, as Minot earned a 14-12 victory at Herb Parker Stadium.

That number wasn’t as kind in each of the past two games, as the Magicians fell 28-14 at West Fargo Sheyenne on Sept. 6 and 18-14 against Mandan last week on the new “Magic Carpet” turf at Duane Carlson Stadium.

The Magi head west to Dickinson for a Class AAA West Region matchup at 7 p.m. this evening. Both teams enter the contest with identical 1-2 (0-1 WDA) records, as Dickinson dropped a close 22-21 contest in Jamestown last week.

“It’s always hard to play in Dickinson and beat them,” Minot head coach Barry Holmen said. “They are well-supported in their community. They have great athletes running around out there. We want to set the tone.”

Minot senior running back Payton Philion also posted a strong ground game, rushing for 117 yards on 24 carries against the Braves. Philion also hauled in a 15-yard touchdown pass from senior quarterback Jaxon Gunville, who tossed two touchdowns on the night.

“We learned that we just have to be better on offense and capitalize on our opportunities when we have the chance,” Philion said. “Our defense did a good job stopping everything. Now, the offense has to pick it up.”

Last season, the Magi earned a convincing 33-0 victory over the Midgets in Minot. Dickinson has finished the last two seasons with a 1-8 record.

This season, Dickinson has posted 33 points and allowed 51. Minot has scored 42 points, but allowed 58.

“I think there’s tons of improving to do in terms of everyone doing their job at the same time,” Holmen said. “It’s an important game. Every conference game is important. Our goal is to get better this week.”

Although the Magi did not earn a victory in West Fargo, this matchup offers another chance to capture their first road win of the season. The contest against the Midgets will be Minot’s first road WDA matchup of the year.

Minot will become accustomed to traveling during WDA play, as only two more home games remain on the schedule (Century for Homecoming on Sept. 27 and Legacy on Oct. 19).

As the Magi approach the halfway point of the season, the Dickinson test offers an opportunity to make a statement.

“This game should be one of the turning points for us,” Philion said. “It should give us the momentum to get us in the playoffs and possibly the championship.”