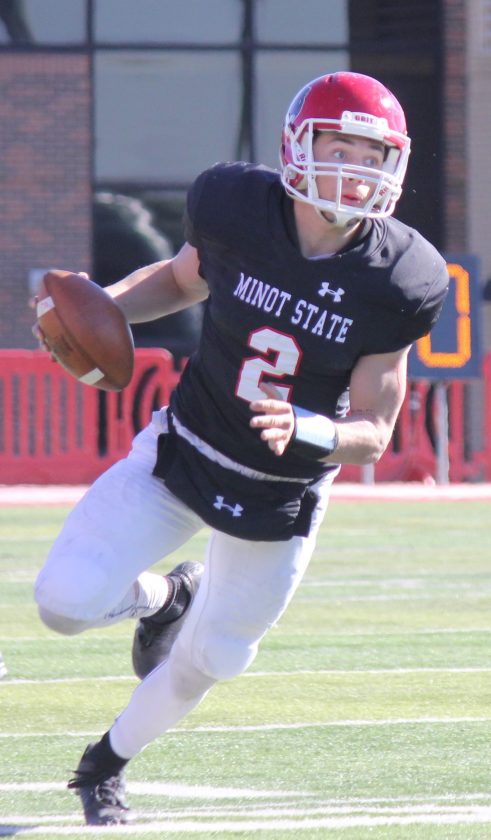 The start of the 2019-20 collegiate season is on the horizon with players reporting to campus and practices getting underway.

To hold over that excitement for a few more weeks before the regular season beings, here are five Minot State student-athletes across five different sports to keep an eye on this fall.

The fairly obvious opening choice. The quarterback position is always a spot of massive intrigue, especially when there is a local homegrown talent taking the snaps.

The former Minot High School standout and University of North Dakota transfer got the green light to be Minot State’s starting quarterback in Week 3 last season against rival U-Mary. 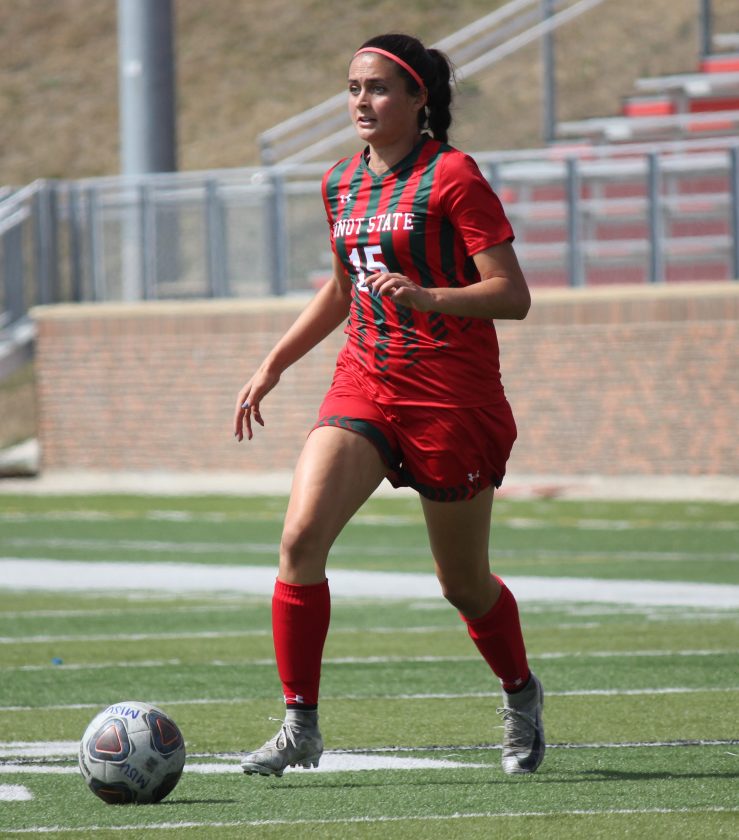 While that turned out to be the only MSU win a year ago, Bolinske parlayed that performance into starting for the rest of the season.

Bolinske racked up 1,655 all-purpose yards and 16 total touchdowns as a sophomore. The dual-threat quarterback showed glimpses of his elusiveness in the pocket and completed 56% of his passes for 833 yards.

His ability to turn nothing into something provides excitement.

All that said, MSU senior quarterback Kylar Sharp still wants his opportunity to step in and lead the offense as well. And, it should be noted, Bolinske lost the starting job to senior Andy Jones last season before the switch was made in Week 3.

Let’s continue with the theme of former Minot High School phenoms who are now juniors at Minot State.

Lewis, with an abundance of ankle-breaking dribbles and jaw-dropping skills, was named to the All-NSIC First Team as a freshman and sophomore. She is currently on pace to break a bunch of individual school career records this season.

Her 69 total points over the last two seasons is the second-most in the NSIC behind now-graduated Bemidji State striker Rachael Norton (87 points). Norton finished tied with Korey Kronforst (Minnesota State) for the most NSIC career points with 104.

So, Lewis is in good company, but she won’t have striker partner Haley Berryman to utilize this season. There is also a new coach, Chris Clements, and a handful of new faces on the roster.

Regardless, Lewis remains a preseason frontrunner to nab the NSIC Offensive Player of the Year award.

From one future career record breaker to possibly another, Spuller is known for her venomous kills inside the Minot State Dome.

Spuller topped Sall’s DII school record for most kills in a single season last year by a single putdown (401 to 400).

The MSU volleyball team surrounds Spuller with a cast of experienced upperclassmen who are determined to put the Beavers past NSIC woes in the rearview mirror.

Last season, MSU posted its best overall record (13-17) since joining arguably the best Division II volleyball conference in 2012. It’s a substantially turnaround from the 54-game conference losing streak that plagued the Beavers a few seasons ago.

Spuller is the go-to offensive weapon and her lethal arm will be needed to continue the Beavers’ climb up the NSIC ranks.

Skellenger made a splash in his first season with the Beavers last year. The junior transfer from Cal State East Bay ran in all six meets and got progressively better as the season wore on.

At the 2018 NSIC Championships, Skellenger clocked a season-best time of 26:10.8 to finish 47th overall.

That was good enough to advance him to the NCAA Central Regional Championships where he set a new MSU DII school record in the 10K with a time of 32.55.6.

In the winter, Skellenger maintained his good form by setting a few more MSU DII records with the indoor track and field team.

The California native loses running companion/teammate Devan Shumway to graduation, but has a promising enough track record to be able to fill those shoes.

At the regional portion of the tournament, Demko shot a three-round total of 245 to tie for 55th overall.

Prior to the historical achievement, Demko placed seventh at the NSIC Championships. She led the Beavers with 81.1 scoring average per round during the 2017-18 season.

Demko is one of five seniors on the roster this season. That experience will be helpful as the Beavers look to improve on last year’s program-best third-place finish at the NSIC Championships.