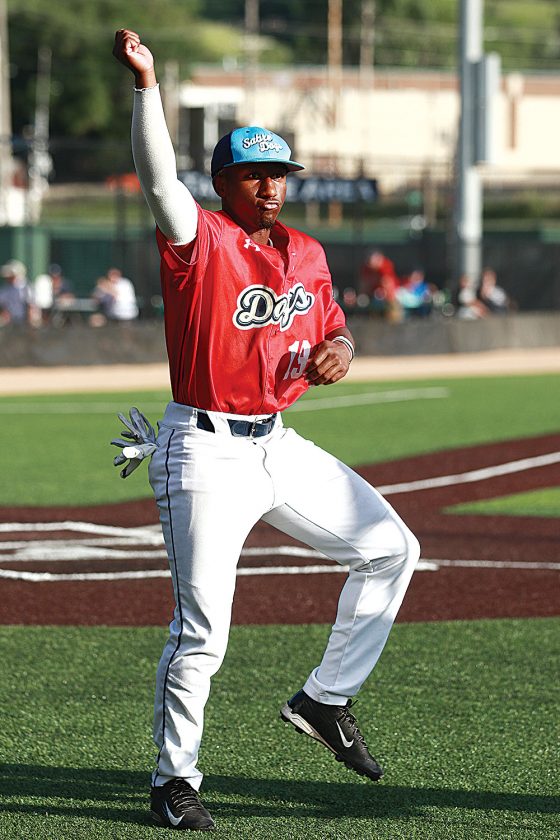 Jimmy Lafakis/MDN Souris Valley Sabre Dogs outfielder Phillip Childs dances on the field during a break in the action at Corbett Field.

Colorful jerseys from every team in the league were on display Tuesday evening at Corbett Field for the 2019 Expedition League All-Star Game.

While the Clark Division provided an encore performance for the Home Run Derby that was held Monday night, the Lewis Division made up for last year’s All-Star defeat with a 6-3 victory on Tuesday.

“This feels amazing, it’s a lot of fun to come out here and play with a bunch of guys who have a lot of talent,” said Sabre Dogs outfielder Crews Taylor, representing the Lewis Division. “We just get to enjoy ourselves and play baseball.” 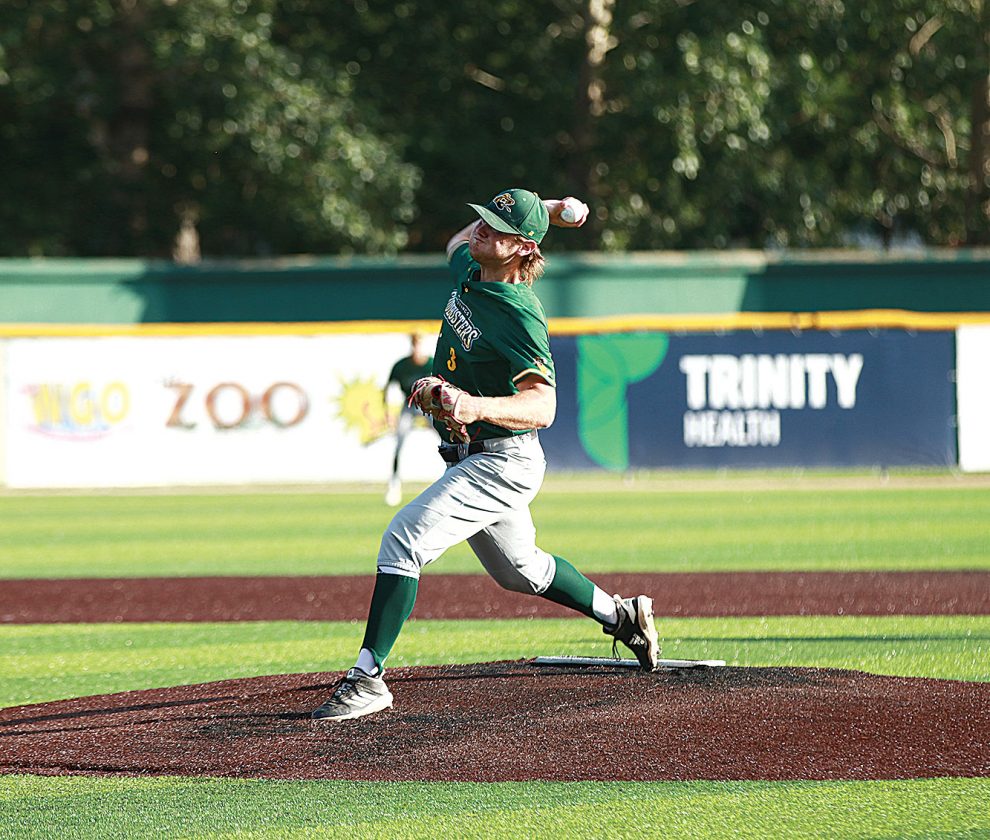 Back-to-back two-out singles by the Hub City Hotshots duo of Jake Anderson and Rob Meidl gave the Lewis Division its first hits in the second inning. But, a sharp groundout ended the threat.

Not deterred, a pair of hometown Sabre Dogs took matters into their own hands. Mason Dinesen reached first base on a throwing error, stole second base and then was brought home in style when teammate Crews Taylor drilled an RBI triple into center field.

That was followed by an RBI single by Bryson Ford of the Badlands Big Sticks to put the Lewis Division ahead 2-1 in the third inning. Two runners were left on base.

“(The pitcher) was a lefty, crafty,” Taylor said. “I was just sitting on a fastball and he gave me one. I put a pretty good swing on it.”

Cole Gambill one-upped his Western Nebraska Pioneers teammate Peterson with a towering solo home run in the fourth inning. The ball sailed over the outer green wall and out of the confines of Corbett Field to tie the game at 2-2.

The Lewis Division All-Stars took the lead back in the fifth with a two-run single by Anderson.

Peterson punched back with another bomb in the sixth. His second home run of the game saw Sabre Dogs left fielder Phillip Childs give a courtesy run over to the fence to get a better view of the ball flying out.

The Lewis Division All-Stars found two insurance runs in the seventh — an RBI single and a bases loaded walk — and had solid defense the rest of the way to close out the win. That included a twisting and turning catch in the outfield by Childs for the final out.

“I love being here at home,” Taylor said. “This field is amazing and the home crowd here provides a great atmosphere.”

The Sabre Dogs have 17 games left in the regular season with the final seven games being held at Corbett Field.

Jimmy Lafakis/MDN Souris Valley Sabre Dogs outfielder Phillip Childs dances on the field during a break in the action at Corbett Field.