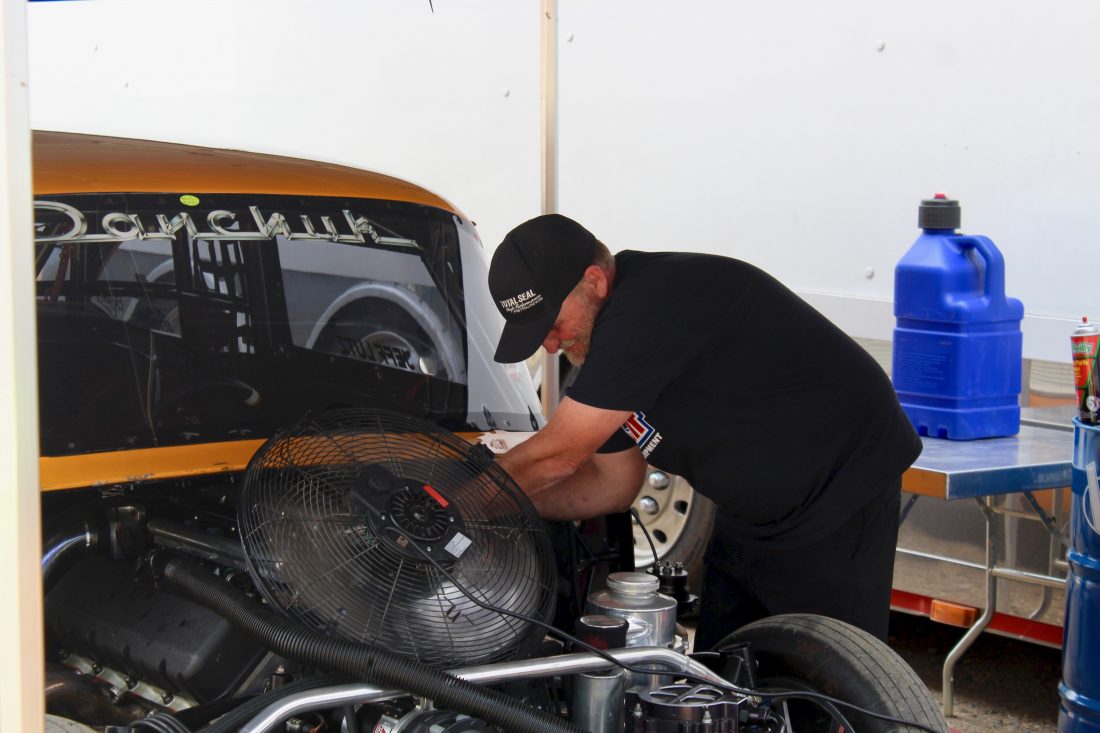 Throughout his time in drag racing and being on television, one of Jeff Lutz’s favorite things about traveling is meeting fans and talking with fellow drag racers around the country.

On a break from filming Street Outlaws, Lutz and his family needed to make their way from Iowa to Idaho over the course of three weeks.

“My wife and I were talking and on our way to Idaho we wanted to hit a few tracks that we probably would never get to,” Lutz explained. “We picked three — one in Iowa, the Sturgis Dragway (S.D.) and then Magic City.”

“When we got the call from Lutz we were just absolutely tickled,” Grote said. “Obviously we had to take it to a vote and when it was brought up we just looked around and smiled at each other.” 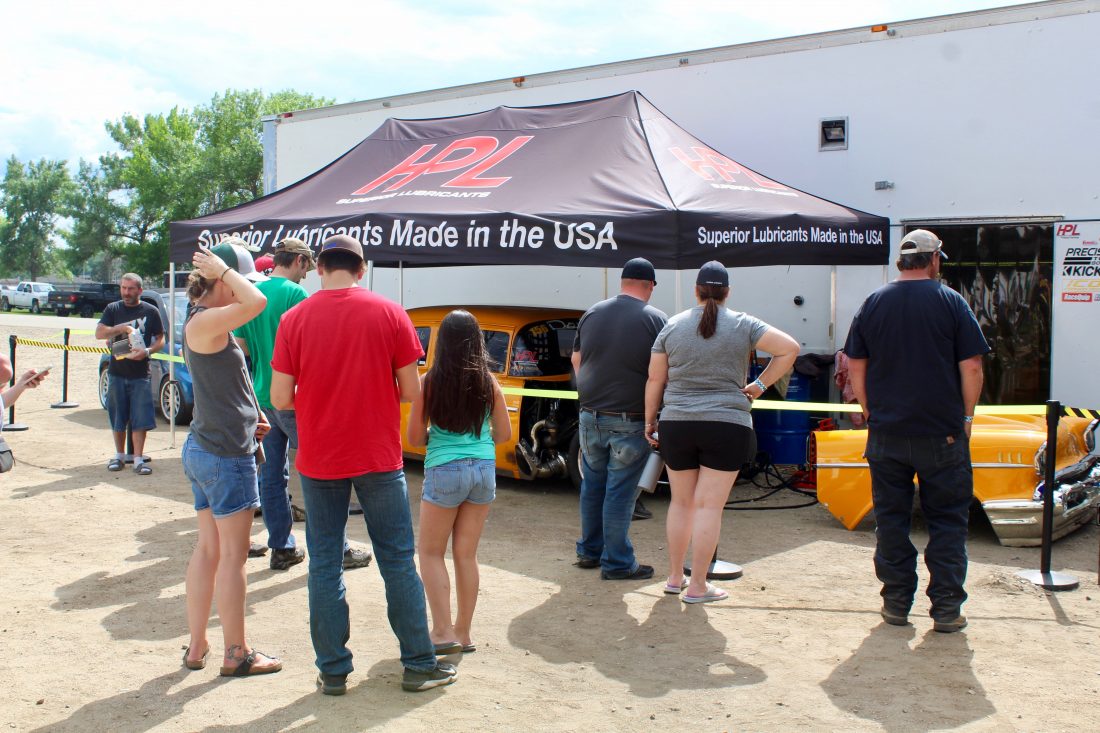 Ashton Gerard/MDN A crowd gathers around a tent where Jeff Lutz is camped at Magic City International Dragway Saturday. Lutz will be back at the track again today. Races start at 10 a.m.

Lutz made his initial appearance Saturday and will continue his stay in Minot today. Lutz will be making some passes down the dragway, signing autographs, taking photos and visiting with fans and racers.

Lutz’s love for drag racing came from his brother. After returning home from the Gulf War, his brother bought a Camaro.

“He took me on my first race track and I’ve been hooked ever since,” Lutz explained. “It’s just something I love to do and we do it as a family and it’s a lot of fun.”

For Lutz, drag racing is a family affair with his wife and son a part of his team traveling the country with him. He enjoys having his family with him and being able to share “making it big” with them.

“It’s humbling for me when we roll into a racetrack and a lot of them know you,” Lutz said. “It’s just crazy.”

One question Lutz gets no matter where he goes is if he prefers the street or the track. Lutz explained the street is more dangerous and, because of where he began, he just feels more at home on the track.

People looking for advice often ask Lutz how he got into drag racing and how he made it big.

“It was always a dream of mine to get paid to drag race,” Lutz said. “I tell them you gotta follow your dream, I did and it paid off.”

The past six years for Lutz have been crazy going from being a drag racer to now also being a television personality.

“It was different. When we first started it I was horrible in front of the camera but it was just something to get used to,” Lutz said. “Now it’s just second nature to me, it’s just crazy.”

The show for Lutz is as real as it gets. He said it often surprises people how down to earth he is in his everyday life.

“I tell them, ‘Look, I’m not different than you are, I just have a camera in my face,'” Lutz explained with a laugh.

Throughout everything, Lutz loves interacting with people at different dragways. People come from all walks of life to drag racing and it’s interesting for Lutz to hear their stories. From dads and sons pulling the old car out of the barn to experienced pros.

“I love all the fans,” Lutz said. “Jim (Grote) said the response (in Minot) has been so great. It looks like a very neat dragway and I thought ‘That’s kind of unique, I’d like to see it.'”

Lutz will continue to be at Magic City International Dragway today. Racing will start at 10 a.m. For more information, visit their facebook page. To keep up with Lutz, you can catch him on Discovery Channel’s Street Outlaws and follow his journey on Facebook at Lutz Race Cars.