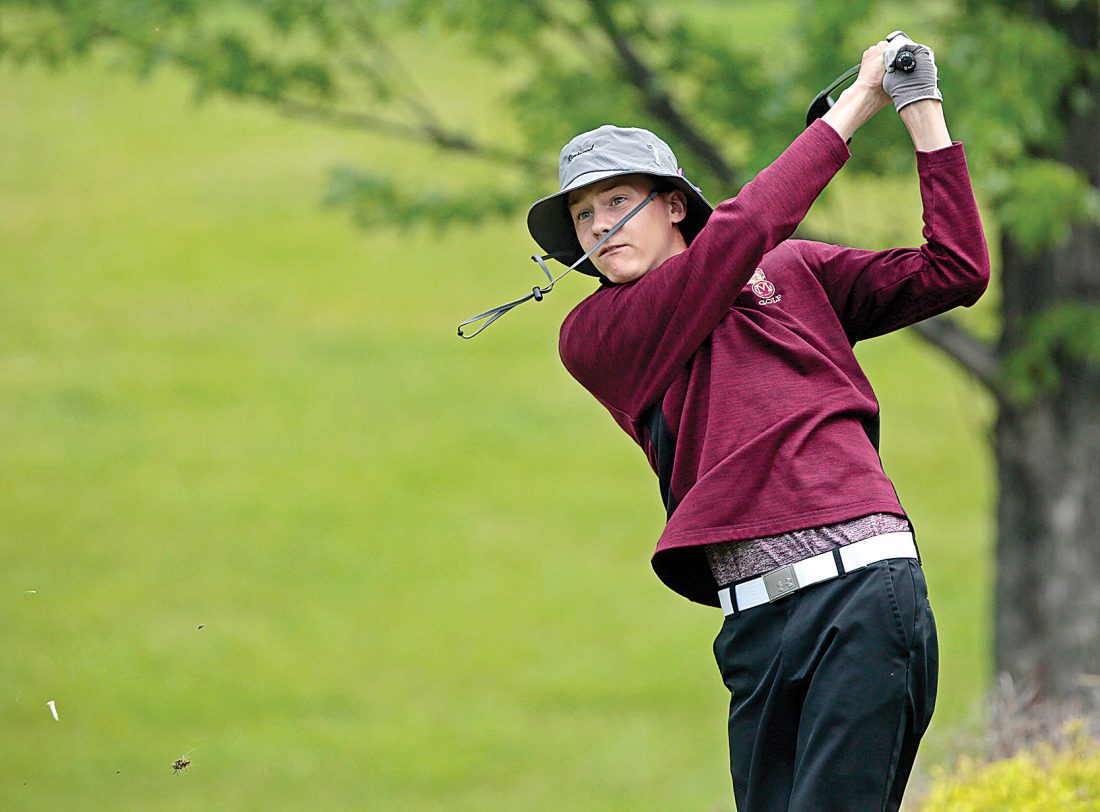 WAHPETON — The Minot High School boys golf team completed Day 1 of the state tournament on Tuesday at the Bois de Sioux Golf Course, recording a team score of 323 to land in seventh place.

In first place at the halfway mark is Fargo Davies (293) followed by Grand Forks Red River (297) and Grand Forks Central (298). The top team from the West Region so far is Bismarck Century, who sits in sixth place with a score of 314.

“We just didn’t play our best golf today,” MHS head coach Shane Hannegrefs said. “It wasn’t one thing for everybody. Some of the kids just didn’t get off the tee very well…others didn’t do well enough (chipping and putting), and for others it was just one or two holes that got away.”

Grand Forks Central’s Cole Hanson is the individual leader through 18 holes with a 70 (-1). Shanley’s Jacob Skarperud, Red River’s Koby Kuenzel, Fargo Davies’ Max Karnik, Century’s Zach Johnson and West Fargo’s Zach Teske are all tied for second with a 72 (+1) on the day.

Minot’s top golfer was Gavin Argent. The sophomore standout recorded a 76 (+5) that was highlighted by a pair of birdies on Hole No. 3 and Hole No. 15. Argent is currently in a six-way tie for 13th place.

“(Argent) was solid for most of the day,” Hannegrefs said. “He had a double bogey on two par threes which is kind of out of character for him. Outside of that, he had a really solid round.”

Also contributing to the Magi’s score was Otto Langhans. The senior recovered from an early double bogey on Hole No. 4 to ultimately finish with an 82 (+11) and land in a five-way tie for 43rd place.

Joining Langhans in the tie for 43rd place is Minot freshman Ashton Heilman, who held his own in his first day of state experience. Heilman stayed at +9 down the stretch before scoring a double bogey on the 18th hole to finish +11.

The final golfer that contributed to Minot’s team score was Jacob Theis. The sophomore started the day strong with a birdie on Hole No. 3 and eventually scored an 83 (+12) on the day to stand alone in 47th place.

Rounding out the Magi’s rotation was eighth-grader Brock Jones and freshman Peyton Bartsch, who are both in a four-way tie for 49th place with a score of 85 (+14). Junior Jack Demke, a regular key contributor for Minot, was a late scratch due to a family emergency.

The state golf tournament wraps up today with the second and final round starting at 9 a.m.

“Obviously, a state championship when you’re 30 strokes behind, you’re asking probably too much there,” Hannegrefs said. “But each of us can go out and improve and just end the season on a good note.”