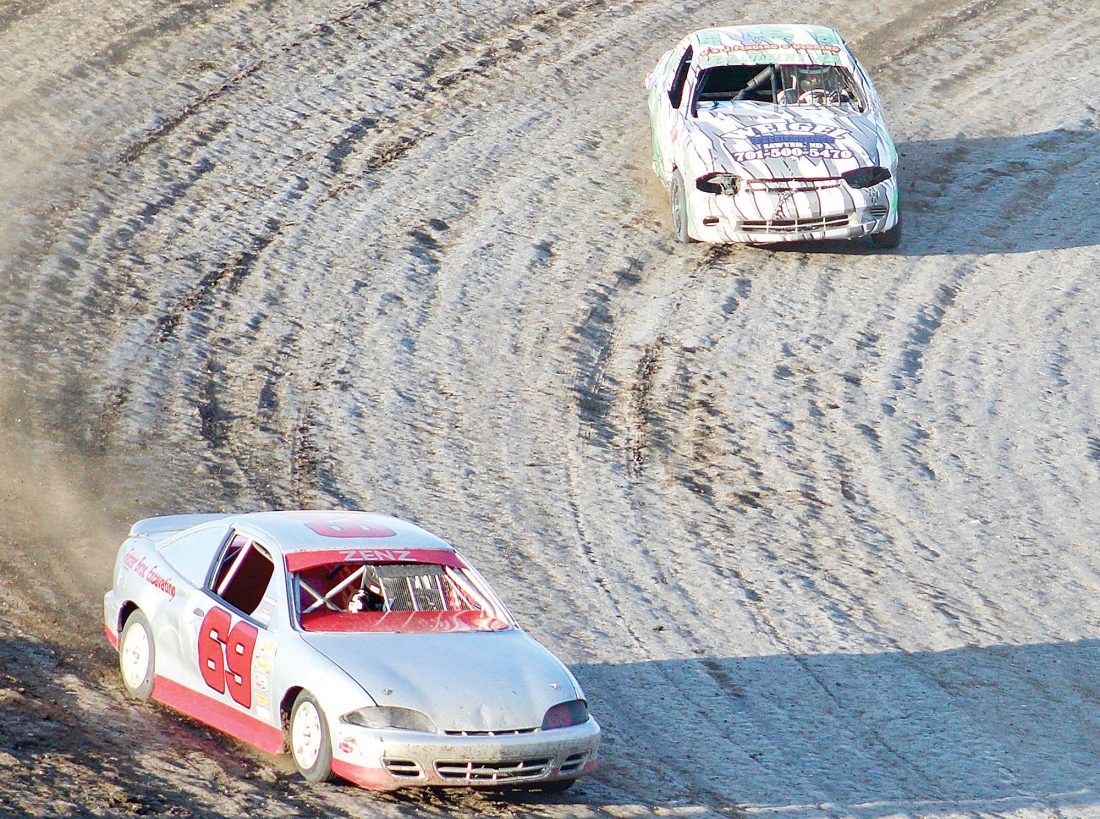 Christopher Zenz wasn’t about to let this opportunity go by.

Last week’s outing at Nodak Speedway was one to forget for the 16-year-old racer. After winning the first and only qualifying heat in the IMCA Sport Compacts class, Zenz’s hopes of a first-place finish in the main feature came to a screeching halt when his car flipped off the track with seven laps to go.

Although the Max native emerged from the scene unharmed, the accident marked the end of his day and forced him to settle for fifth place.

“Last week, I still don’t know what went wrong,” Zenz said. “I might have been overdriving the car a little bit.”

To make matters worse, the three barrel rolls on the unforgiving dirt surface rendered Zenz’s car unusable and left him without a vehicle for Sunday’s latest installment of the Magic City Dirt Series.

Or so he thought.

Christopher’s father, Greg, is also a regular at Nodak Speedway. But, in an unfortunate twist, he threw out his back while attempting to repair Christopher’s car. This left Greg’s vehicle available, and Christopher took the opportunity to race it on Sunday in pursuit of some redemption.

The young speedster inched one step closer to his goal by taking second place in the first and only qualifying heat to secure his spot in the main feature. This time, Christopher capitalized on the big stage.

Driving his father’s No. 69 car, Christopher emerged from the pack on the opening lap and never relinquished the lead en route to a commanding first-place finish.

After 12 laps of fending off his competitors, Christopher slammed his hands on the vehicle during the award presentation and let out an emphatic yell in celebration of the win.

“You never want to get too cocky on the track until you cross the finish line,” Christopher said. “But, once I won, it was awesome. After rolling last week, I didn’t think that I was going to be in victory lane this quickly.”

Christopher’s victory marked the first of four on Sunday as the IMCA Hobby Stocks, Modifieds, Stock Cars and Sport Compacts all competed in an action-packed evening.

Next to claim top honors was Mike Hagen, who showed veteran poise in what proved to be a hectic IMCA Stock Cars main feature.

Three caution flags came up on the final 10 laps, but the Williston native still built a sizeable lead after every restart and ultimately claimed first place.

“I had an absolute blast,” Hagen said. “The track was great, and I’ve been lucky lately. That’s all I can say.”

Tyler Lucy followed up Hagen with a win in the main feature of the IMCA Hobby Stocks class. The Bowbells native outlasted Minot native Caden Appelt, who settled for second place.

Finally, Newburg native Tom Berry Jr. emerged from the 25-lap marathon in the main feature of the IMCA Modifieds class to claim first place and wrap up the evening.

The Magic City Dirt Series continues at 7 p.m. next Sunday at Nodak Speedway.