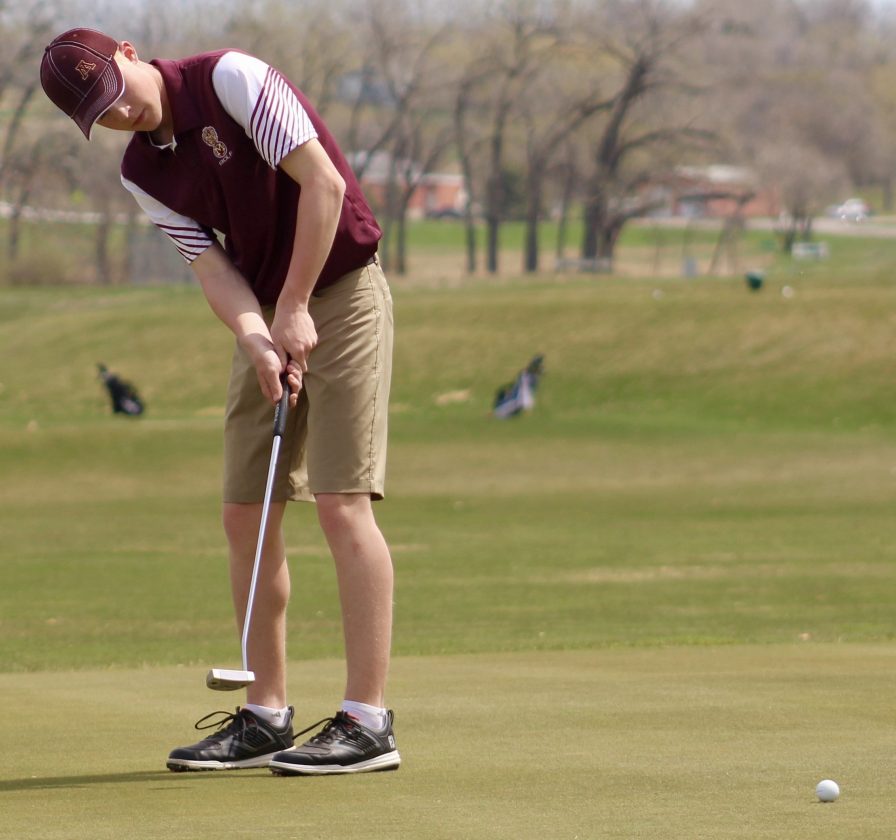 Justin Martinez/MDN Minot High School sophomore Gavin Argent putts on Monday during the Minot Invite at Vardon Golf Club. Argent earned medalist honors with a score of 69, and the Magicians took first place as a team.

Gavin Argent and the Minot High School boys golf team enjoyed their home advantage on Monday, as they secured a first-place finish at the Minot High Invite at Vardon Golf Club.

Argent pieced together the latest stellar performance in a year filled with accolades, recording a 69 and earning medalist honors. The Magi needed every last bit of the sophomore’s brilliance, as they finished with a team score of 307.

Century also finished with a team score of 307, but Minot was proclaimed the winner by each team’s fifth-person score. Coming in third was Bismarck (320), followed by Legacy (323) and St. Mary’s (328).

Next up for the Magi is an invitational at Links of North Dakota in Williams County on Friday. The event is scheduled to begin at 10 p.m.