Majettes tennis drops both duals to Roughriders and Knights 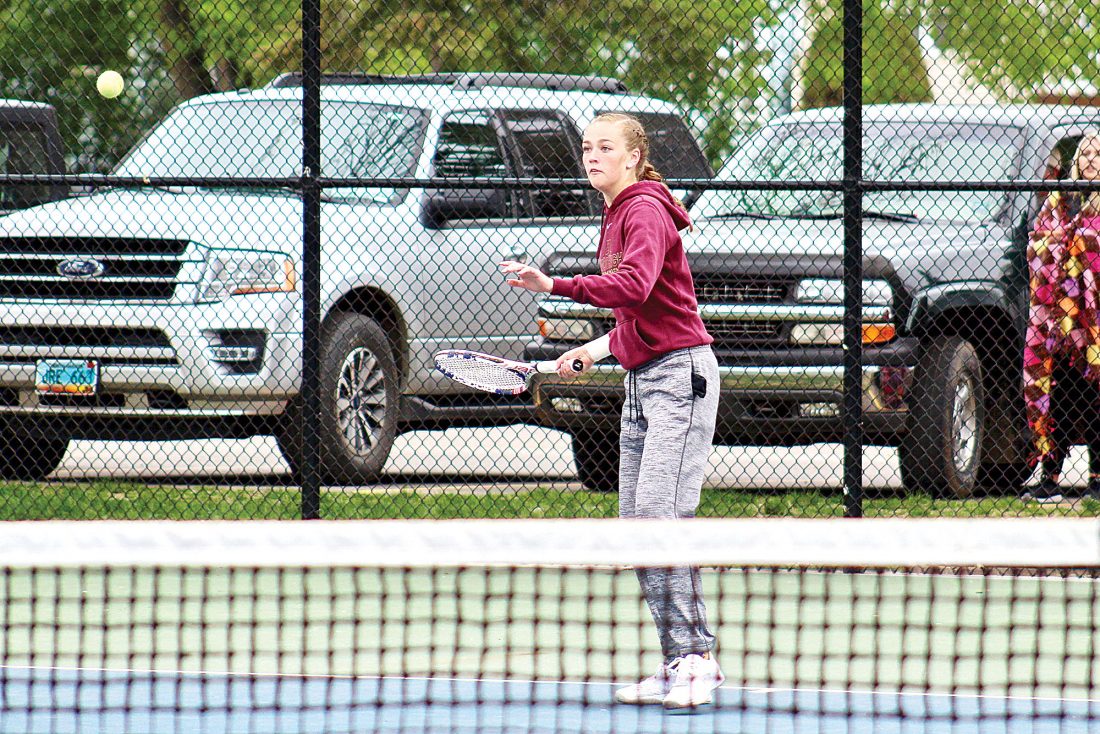 Ashton Gerard/MDN Minot High senior Raquel Egge eyes the ball as it comes across the court against Grand Forks Central Friday at Hammond Park in Minot.

“We lost two tough matches to a couple of very good Grand Forks teams,” MHS head coach Scott DeLorme said. “Unfortunately today we were unable to win key points at crucial times, and that came back to hurt us by the end of each match.”

But the Roughriders rebounded in doubles, winning three of the four matches to claim the 4-3 dual win. The only doubles win for Minot came from freshman Sofia Egge and Valeria Cevallos, who bested Julia Miller and Kylee Horner (6-0, 6-2).

In the Majettes’ second dual against Grand Forks Central, the home team once again jumped out to a strong start. Minot won all three singles matches in two sets, but the Knights launched an epic comeback in doubles.

The Majettes now shift their focus to regionals next Thursday at Hammond Park. The day begins at 10 a.m.