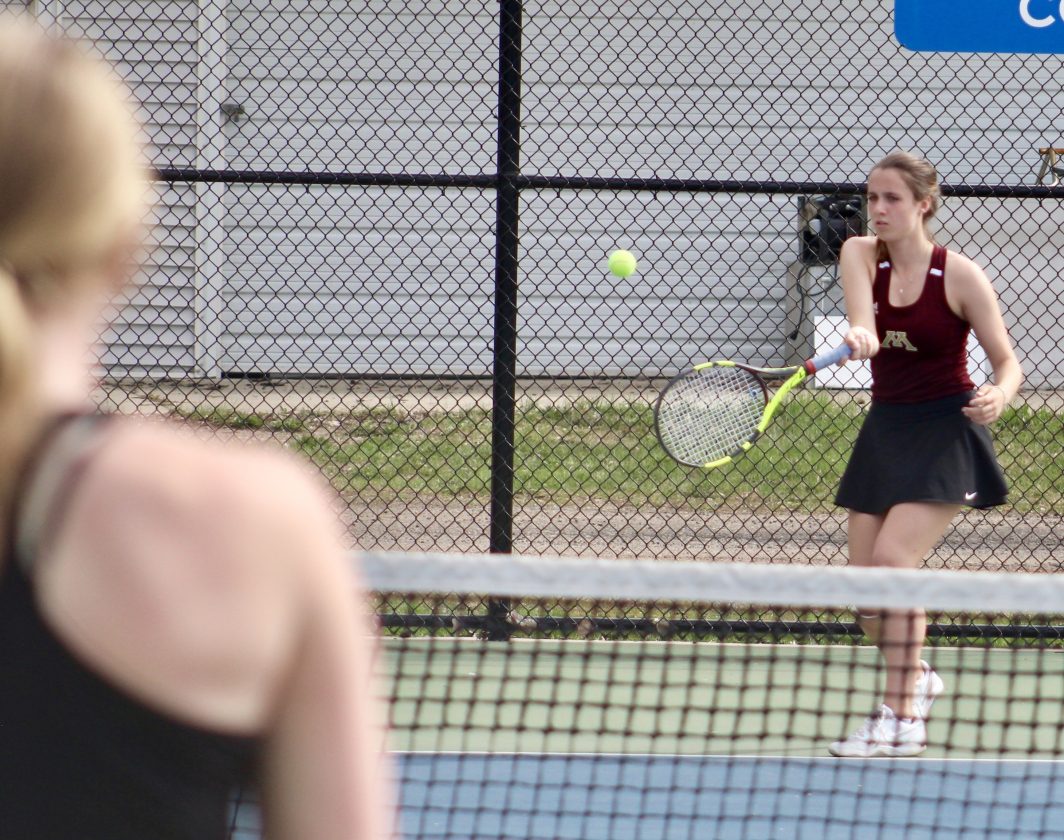 Justin Martinez/MDN Minot High School sophomore Morgan Wheeler returns a shot from her opponent during the Majettes’ 7-2 win over Williston on Monday at Hammond Park.

The Minot High School girls tennis team had little trouble securing the win on Monday, as the Majettes (11-4, 6-1 West Region) defeated Williston (6-8, 2-3 West Region) at Hammond Park by a score of 7-2.

Minot enforced its will in singles, winning five of the six matches to guarantee the dual win. Senior Raquel Egge led the way with a 6-0, 6-0 victory over Williston’s Chesni Strand. Younger sister Sofia Egge also got in on the action, defeating Evelina Tyan 6-4, 7-6(4).

Despite doubles being merely a formality, the Majettes kept their foot on the gas and won two of the three matches.

“A nice 7-2 win over Williston on Monday at Hammond again showed our improved singles play as we were again able to secure the match win with five singles wins,” MHS head coach Scott DeLorme said. “I think the match play experience is starting to improve, and the results are showing.”

Next up for the Majettes is a home dual against Bismarck Century on Thursday at Hammond Park. First serve is scheduled for 4:15 p.m.