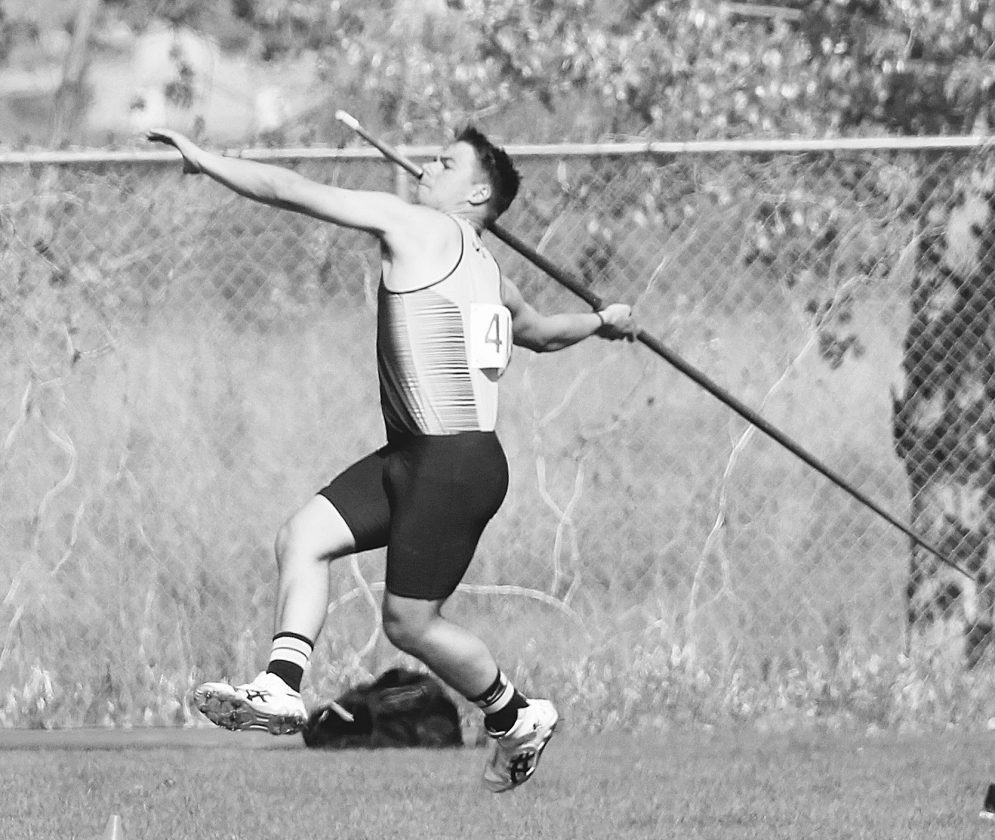 Justin Martinez/MDN Minot High School senior Odin Nelson prepares for an attempt in the javelin throw on Saturday in the state track & field meet at the MDU Resources Community Bowl.

BISMARCK — Jostling for positioning, David Meza emptied out the tank.

The Minot High School senior could barely breathe through his nose. The sun was beating down on him. The crowd was roaring. But, amongst all the chaos, he had one objective: finish strong.

Just a few meters remained in Heat 2 of the 800-meter run on Saturday at the state track & field meet. Meza, who had spent most of the first lap in the middle of the pack, kicked things into another gear the second time around and was now within arm’s reach of the front cluster of runners as the finish line drew near.

Despite being smaller than the rest of the people in front of him, the senior fearlessly plowed his way into the group and freed up a bit of space with his elbows. Now inches from the finish line, Meza, Williston’s Micade Shumway and West Fargo’s Parker Nelson all thrusted their heads forward in a desperate attempt to claim first. 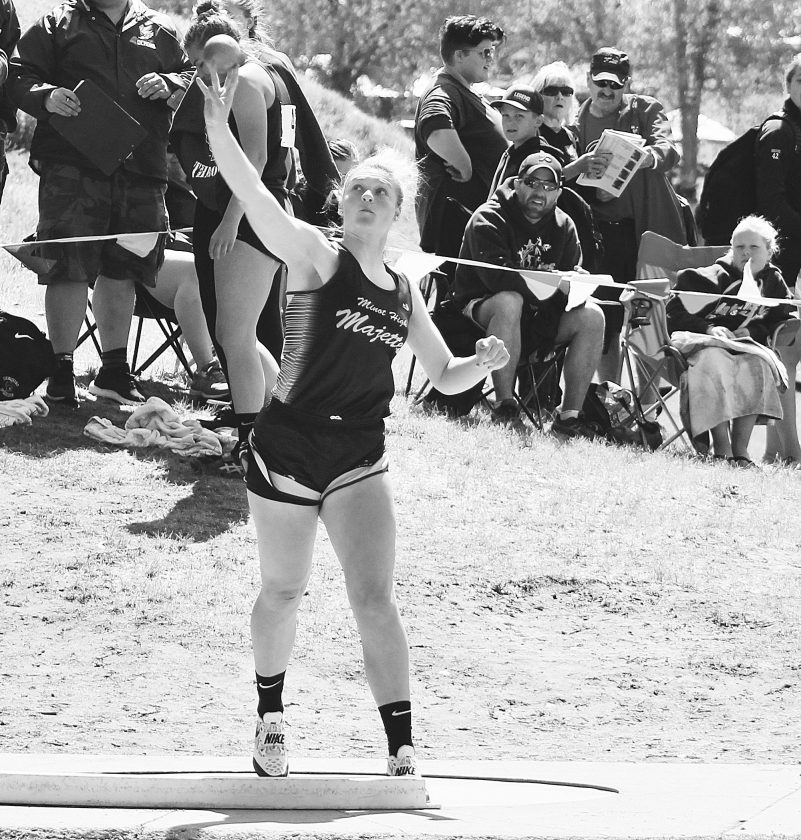 Meza immediately rested his hands on his knees once the race ended, desperately gasping for air. The senior finished third in the heat (1:58.20) and ultimately earned seventh place in the timed finals.

But Meza still held his head high once he regained his breath, knowing he’d left it all on the track.

It’s hustle performances like this that epitomized Minot’s outing on Day 2 of the state track & field meet Saturday at the MDU Resources Community Bowl. Neither the Magicians nor the Majettes were able to secure any individual state titles, and they finished sixth (30 points) and 11th (26.50 points), respectively, in the team standings.

But, despite the absence of first-place finishes, both squads still put out their best selves and had a number of strong individual showings.

“Every point mattered, and our kids really bought into that,” MHS coach Aaron Klingbeil said. “Usually there’s one person that brings home the bacon, but everybody pulled their weight instead. That was good to see.”

The best finish came courtesy of Odin Nelson in the javelin throw. In his final high school meet, the University of North Dakota commit claimed second place with a throw of 184 feet, 11 inches.

“This was the best competition I’ve had in my four years (at Minot), and it was just fun to be a part of it,” Nelson said. “In the end it wasn’t enough, but it’s still a good day for me. I’m definitely looking forward to being able to continue my academics and athletics (at UND).”

The best finish for the Majettes came from MaLiah Burke. After gaining the competition’s attention with an electric performance on Friday, the freshman delivered once more on Saturday by claiming fifth in both the 100-meter dash (12.89 seconds) and the 200-meter dash (26.35 seconds).

Still with three years left to compete, Burke will look to build off her experiences at state and convert them into even stronger showings the next time around.

Also returning with state experience next year for the Majettes are juniors Allie Nelson and Allie Wahlund. Nelson earned eighth in the 400-meter dash with a time of 59.73 seconds, and Wahlund claimed eight in the 800-meter run with a time of 2:19.94.

Tofteland and Burke then closed out the meet in style, as they joined forces with a now-refreshed Meza and fellow senior Courage Amsbury for the 4×400 meter relay. The group claimed third with a time of 3:23.26 — marking the second-fastest time in program history.

Minot leaves Bismarck with its 2019 season in the books and plenty of positive takeaways to carry over into next year.

“If the meet is a real meet, you’re going to have kids that go home disappointed,” Klingbeil said. “We did have those, but the kids still rallied around each other and performed well. I was happy with that.”