Ryan baseball racks up two more wins against the Cossacks 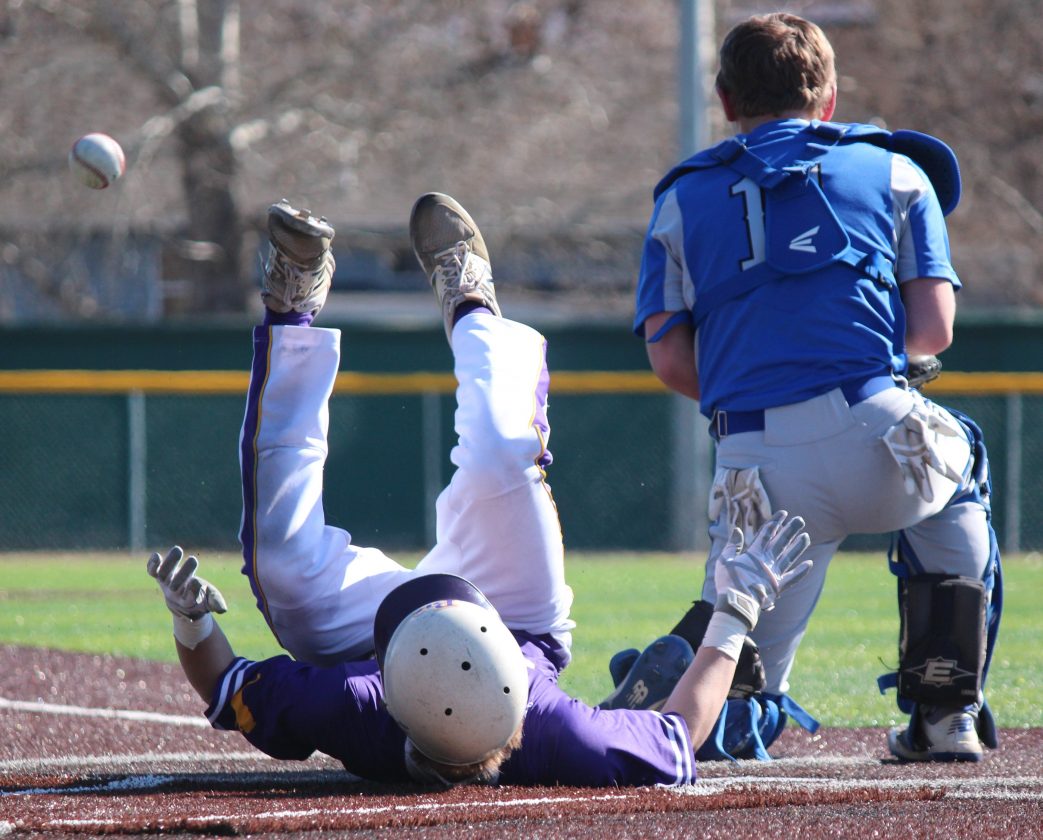 At times, it wasn’t exactly pretty, but it was a doubleheader sweep nonetheless.

The Lions put up 10 runs on only three hits in the first game. The Cossacks didn’t help their own cause with six errors and 10 walks given in the game.

“In our early games this season, we were hitting the ball well and putting good at-bats together,” Ryan junior Kersey Harris said. “When you finish the game and don’t have as many hits, but you have really good at-bats, that’s a plus. But, we didn’t have either of those things today.”

Hunter Johnson and Mason Hedberg each provided RBI doubles, while the rest of Ryan’s runs were scored on passed balls, bases loaded walks or Cossacks’ errors.

On the mound, Harris pitched all five innings and only allowed a bloop single to center field by Jack Bright in the third inning. Harris also handed out two walks to go with eight strikeouts.

“My arm felt good and I felt like I mixed up my pitches pretty well,” Harris said. “I had a good defense behind me to help me out, so I was pretty comfortable.”

Left-handed pitcher Bright and Dawson Wimer split time on the hill for the Cossacks.

Errors in the outfield — influenced by a blinding sun — eventually led to Wimer issuing a bases loaded walk to Murphy Lipp in the bottom of the fifth inning, ending the contest with the 10-run mercy rule.

“We got to be louder on the bench and keep the energy up,” Harris said. “The more energy you have, then the better at-bats you are going to have, and the better defense you will have and the better the pitcher is going to do.”

First-pitch swinging to kickoff the nightcap, Bright singled back up the middle for his second hit of the evening.

Ryan starting pitcher Seth Roedocker, however, kept the Cossacks off the scoreboard for four more innings.

Calvin Watkins, Logan Merck and Hedberg each brought in runs to give the Lions a 4-0 lead after three innings.

Ryan’s final run was scored in the fourth inning and in dramatic style: an inside the park home run.

“I was down in the count, 1-2, and I hit the ball right on a good spot on the bat,” Ryan sophomore Bryson Elm said. “It went right to the right fielder and under his glove. I was running the bases and my coaches were just telling me to go, so I went. Once I reached second (base), coach (Magnuson) was signaling me really fast, so I was like, ‘I got to pick up the speed.'”

Elm sprinted home, meaning the Lions had scored in all nine innings they batted in on Monday.

Trailing 5-0 and down to their final three outs, the Cossacks broke their nine-inning scoreless drought. Clay Bendickson singled sharply up the middle for an RBI and Joshua Thompson scored on a throwing error later in the inning.

The Cossacks left the tying run in the on-deck circle, as Roedocker went the distance on the mound for the Lions.

“That’s one thing that has kind of taken a turn (for the better), these last few games,” Magnuson said about the pitching. “We have stopped walking so many guys and are throwing strikes. We have allowed our defense to help us out. As long as we keep doing that, we will be alright.”

Ryan takes a week off before taking the short trip over to Surrey on April 30 for another regional doubleheader that will start at 4 p.m.

The Cossacks will host Surrey/Our Redeemer’s on Thursday at 4 p.m.