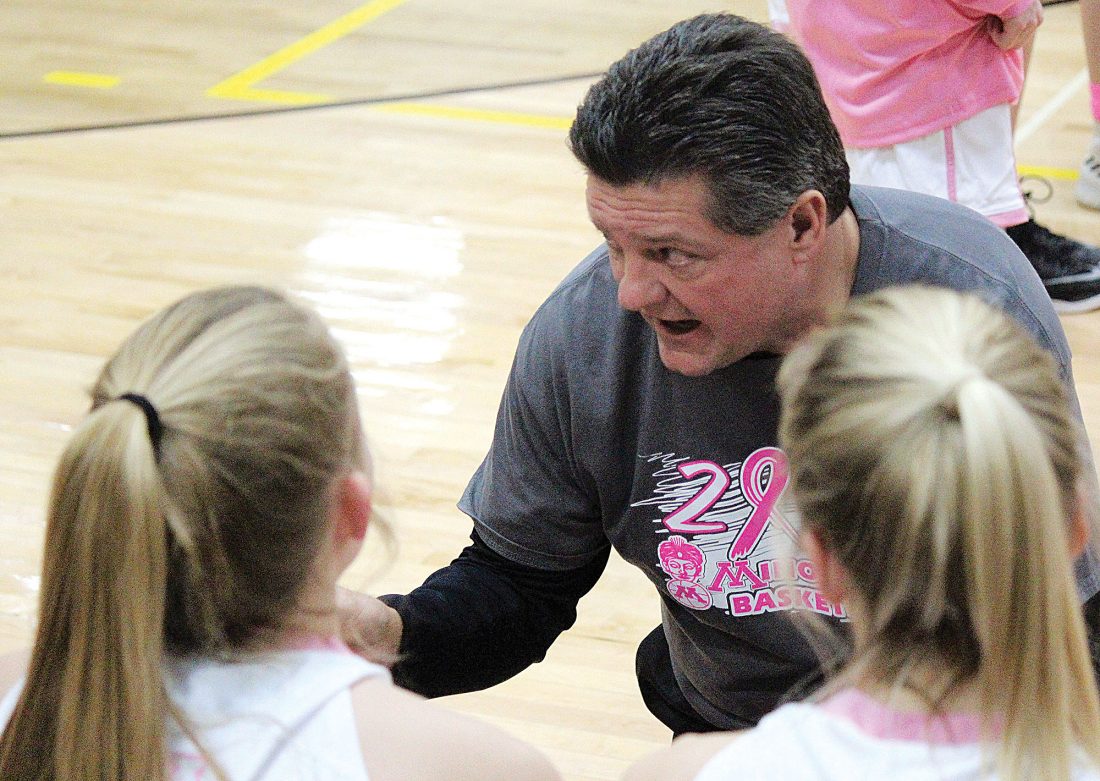 Alex Eisen/MDN Minot High School girls basketball head coach Bernie Wasser talks to his team prior to a West Region game played this past season in Minot. Wasser announced his resignation on Tuesday.

“It was a decision that was tough to make,” Wasser said. “The main reason I resigned was due to personal and professional reasons, but I really did appreciate the girls that I had to coach and the opportunity that Minot Public schools gave me to head the program.”

The resignation comes five days after the end of Minot’s 2018-2019 season, where the team posted a 4-18 (4-16 West Region) record before falling to Williston in a West Region tournament play-in match.

Wasser walks away from the program with a number of accolades, including a WDA championship in 2015.

“I would like to thank Coach Wasser for his dedication to the Minot High girls basketball program and wish him nothing but the best in his future,” Minot High activities director Mitch Lunde said in a press release.

After seeing three seniors graduate this offseason, the Majettes will be bringing back plenty of experience next season. Seven seniors are set to return to the team.

“It’s just a great group of kids,” Wasser said. “They’re really a tight-knit group, and they were a joy to work with.”

Wasser will continue to teach Drivers Education at Minot Central Campus. The Majettes’ program will begin searching for its new head coach immediately.