State belongs to the West 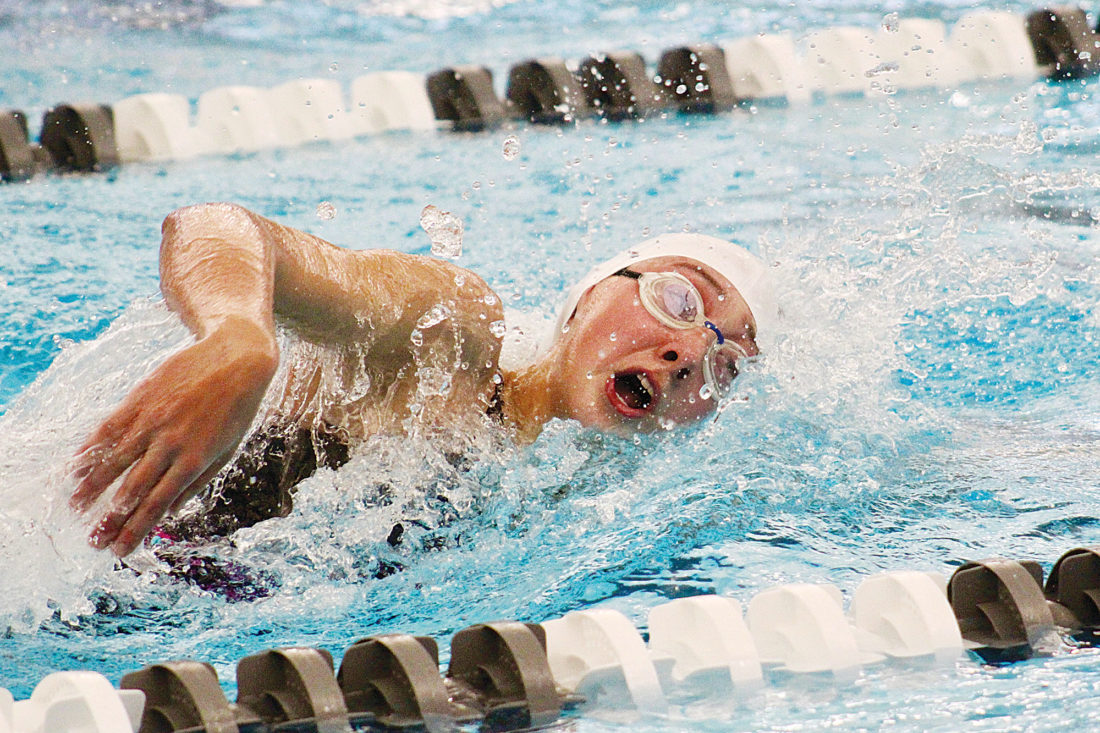 WEST FARGO — In the past seven years, there has been a team from the west and a team from the east that has taken the Top 2 spots. This year, the Bismarck Century Patriots and Minot High School Majettes broke the cycle and proved that the West Region dominates swimming and diving in North Dakota.

“There’s not much more we could’ve asked for as a whole,” said MHS head coach Emily Jensen, who was named the 2018 NDHSAA girls swimming and diving Coach of the Year. “The girls swam really well, recovered really well when we had some bumps and I’m very pleased with the turnout.”

After dropping time in the preliminaries Friday, senior Hannah Zaderaka came into her 200-yard freestyle completely focused. Her time had her seeded fifth. She dropped 1.62 seconds for a final time of 1:55.02 and moved up to a second-place finish, which had the Majettes roaring. Eighth-grader Elise Altringer was also able to drop time and took 10th with a 2:02.07.

Building off of Zaderaka’s momentum, Rylie Webb was next up in the 200-yard individual medley. She dropped 1.25 seconds to finish with a 2:08.51 to take second behind Fargo Davies’ Gracie Lingle. 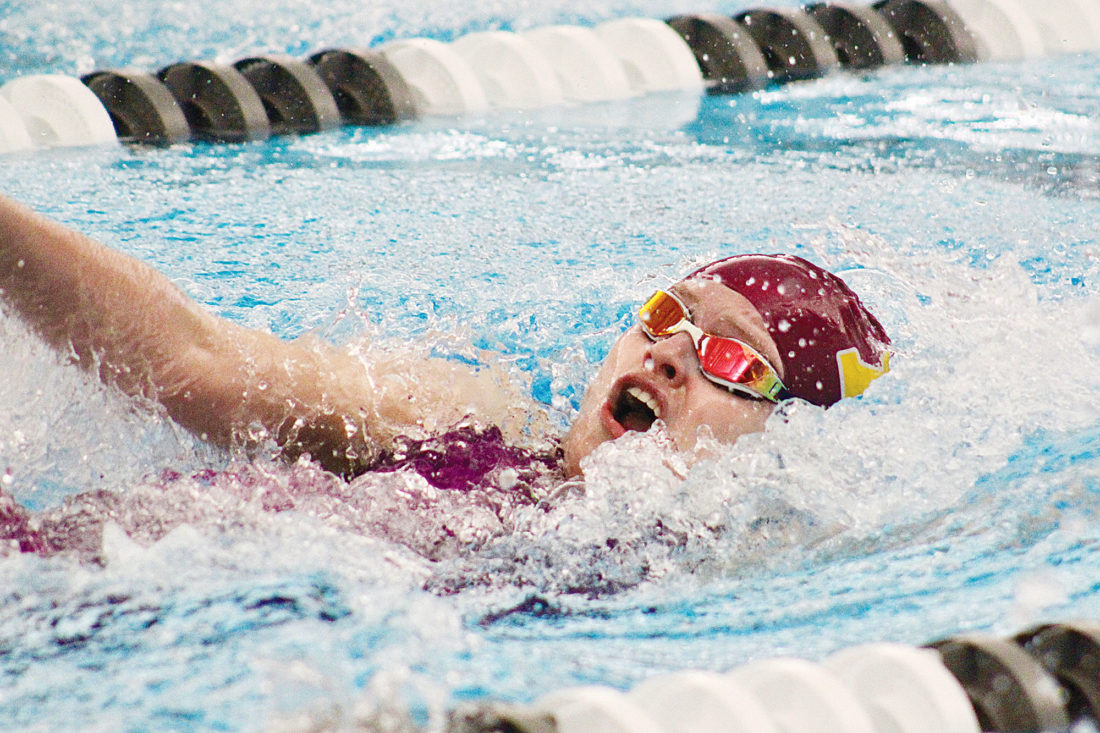 “Hannah’s 200 free and Rylie’s 200 IM were just the icing on the cake,” Jensen said. “As seniors to come in and cut time the second day and move up in placing, they both swam very good races.”

Minot’s Payton Luzardo tied for fourth in the 50 freestyle with West Fargo Sheyenne’s Madi Yonke at 25.04 seconds. Both swimmers were able to cut time.

Jordn Wolsky and Brugman had back-to-back finishes in the 100 butterfly. Brugman tied with Fargo Davies’ Tara Hendrickson at 1:01.31 for fourth place with Wolsky close behind in sixth at 1:01.33.

The Majettes were able to show off their distance swimming excellence in the 400-yard freestyle relay. The Minot relay as a whole cut 5.06 seconds off its seed time and placed second behind Bismarck Century. The relay was comprised of Luzardo, Jessen, Webb and Zaderaka.

New state records were set in two different events on Saturday. Century’s Lexi Duchsherer set a state record in the 50 freestyle with a final time of 23.31 seconds. The record was previously held by Courtney Funk of Minot, who set the record in 2011.

The Bismarck Century 200-yard freestyle relay team also set a new state record with a final time 1:37.38. The relay was comprised of Sarah Dorrheim, Paige Keller, Carly Palmer and Duchsherer. The record was previously held by a Minot High School relay team in 2013 with a time of 1:38.21.

Palmer was named the 2018 NDHSAA Senior Athlete of the Year. Palmer took third in the 200 freestyle and first in the 100 breaststroke.

With the conclusion of the state meet, the Majettes say goodbye to nine seniors.

“The group of kids that we’ll lose is going to be a tough loss for us. It’s going to hurt for a while,” Jensen said. “I think there’s some talent coming up and I think that the girls have paved the way of what we want our program to look like and feel like.”

Alex Eisen/MDN Bemidji State lineman Dylan Ellingson (50) holds up the football after a fumble recovery in the third quarter of an NSIC football game against Minot State at Chet Anderson Stadium in Bemidji, Minn.