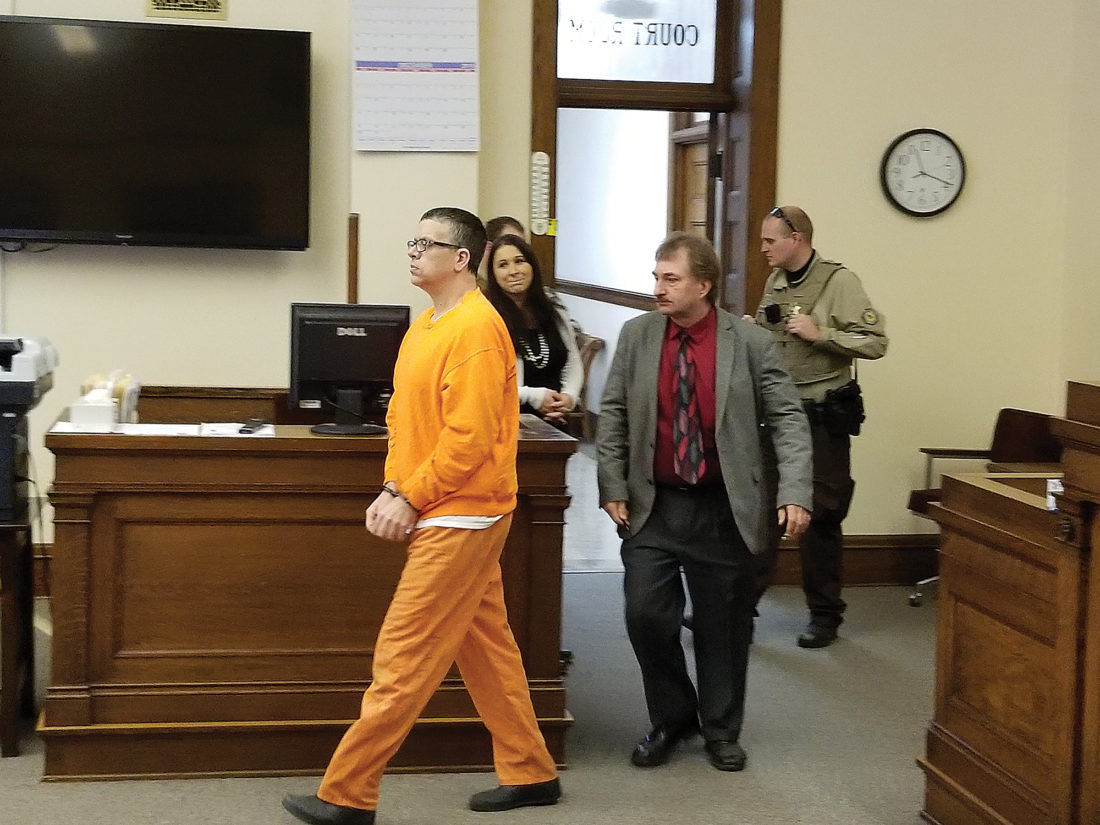 The year in Minot was also marked by high profile crime.

In May, former Minot kindergarten teacher Cynthia Louise Wilder, 28, was sentenced to life in prison without parole for helping to plan the brutal stabbing murder of her husband’s pregnant ex-wife in November 2015. Her husband, Richie Wilder Jr., had previously been sentenced to life without parole for the murder of his ex-wife, Angila Wilder. Cynthia Wilder was charged after she confessed her role in the crime to an old friend, who was working with police and recording the conversation without her knowledge.

Cynthia Wilder admitted to staking out Angila Wilder’s house to determine when residents arrived and left and of helping to clean up blood evidence after Richie Wilder Jr. returned home from committing the murder. Cynthia Wilder later pleaded guilty to the Class AA felony conspiracy charge.

The Wilder case was also featured in 2018 in an episode of NBC’s Dateline this year.

In August, Travis Eugene Yoney, 45, of Minot, was charged with attempted murder and accused of trying to shoot and kill a one-time confidential informant who helped bring about Yoney’s conviction last year for delivery of marijuana.

Yoney pleaded not guilty to that charge and to related charges.

A court hearing in that case is scheduled for Feb. 13, 2019, in district court in Minot.

In September, Bradley Joe Morales, 28, was sentenced to 40 years in prison for the August 2017 murder of his ex-girlfriend, Sharmaine Leake, 25.

A jury found Morales guilty of the Class AA felony murder charge in May.

Morales stabbed Leake during a domestic altercation. He had claimed he had accidentally stabbed her as she went one way and he went another on the stairway. He expressed remorse, tried to render aid and begged bystanders to help her. The state had argued that the blood spatter evidence showed Morales actually chased Leake with the knife in his hand and stabbed her in the neck as she tried to open the patio door to make her escape. Leake was taken to the hospital but never regained consciousness and died of her injuries.

Morales is appealing his case to the North Dakota Supreme Court.

In October, a Bottineau man, Carlos Antonio Valentin, 19, was charged with Class B felony manslaughter. He accidentally shot and killed Devon Main while Valentin was playing with a 9mm handgun he did not know was loaded.

Valentin pleaded not guilty to the charge in district court in Bottineau.

Also in October, a Minot jury acquitted Kommika Gregory, 38, of the most serious charge of Class AA felony murder, but did find her guilty of Class B felony manslaughter.

Gregory had testified at trial that she shot Ronald Stanley Thompson in self defense after he intervened in a dispute between Gregory and her ex-boyfriend. She claimed Thompson put his hands on her and blocked her path to the door as she tried to leave. The state argued that the evidence did not match Gregory’s account. A prosecutor claimed that Thompson was actually in a defensive crouch, holding his arm in front of his chest, when he was shot and that he was standing near a sofa in the apartment instead of in the hallway blocking Gregory’s path to the door.

In November, Chad Legare, of Alexandria, Minn., entered an Alford plea to attempted murder of Father Robert Wapinski, a priest at St. Xavier Catholic Church in Anamoose. Legare entered the priest’s living quarters on Jan. 30, disabled a light, and waited for the priest to enter. He then wrapped speaker wire around Wapenski’s neck and tightened it until the priest fell unconscious. Wapenski was discovered and taken to the hospital for treatment. Legare entered the Alford plea because he claims he did not intend to murder the priest.

Court records show that Legare claimed his girlfriend told him she had been raped by Wapenski. The woman has denied that Wapenski so assaulted her.

Legare will be sentenced in district court in McHenry County at a later date.

Also in November, Cody Allen Faltersack, 24, was charged with manslaughter in the death of his girlfriend’s 6-month-old son in Stanley. According to a probable cause affidavit filed with the court, Faltersack allegedly told police that he dropped the baby on the side of his head when he went to put him down on a bed.

A preliminary hearing in the case is scheduled for Feb. 7 in district court in Stanley.