First phases of construction in Minot start in 2018 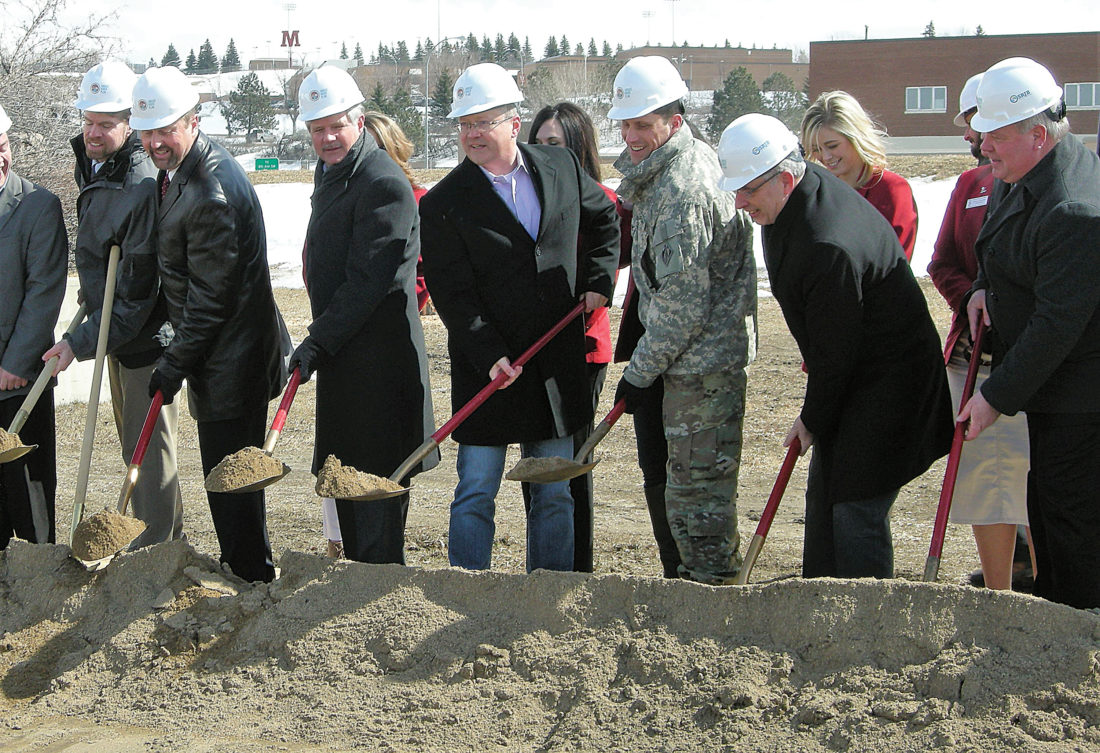 Construction on the Mouse River Enhanced Flood Protection Project began in earnest in 2018.

The sound of ceremonial shovels scooping dirt and equipment grinding and hauling away trees gave notice March 28 that the flood protection project residents have been waiting for since 2011 is on its way.

“This is the most exciting day I have had as mayor of Minot,” then Mayor Chuck Barney said at the ceremony, held under a tent near the Minot Water Treatment Plant on 16th Street Southwest.

“We have to keep working on the final phases to get this done,” Hoeven said. “We need this flood protection. We need to keep going because we need to cover the whole area from Burlington to Velva.”

Construction occurred during the past year on:

– Phase 1 Fourth Avenue segment, a six-block stretch of levees, floodwalls, a new sanitary lift station, and a major pump station from just west of Broadway to the east side of Third Street Northeast.

– Phase 3 Forest Road, running along the north side of the river between 16th Street Southwest and the end of Third Avenue Southwest near the intersection of the Canadian Pacific Railroad, primarily featuring earthen levees.

The total cost for the three phases is estimated at $99.4 million.

Construction on the Broadway Pump Station began about a month after the project’s ground breaking at the southwest corner of Broadway and Fourth Avenue. The pump station is considered to be one of the largest in North Dakota, with the capacity to pump 180,000 gallons of water per minute. Eight pumps will be installed in the facility. It is expected to take one year to complete.

Meanwhile, the Structure Acquisition, Relocation and Ring Dike program serving the rural area in the Souris Basin continued to serve property owners with the $12 million available in funding. Toward the end of the year, the program continued to solicit participation.

In July, Maj. Gen. Richard Kaiser, commander of the Mississippi Valley Division, and Calkins came to Minot for an update and tour of the construction.

The Corps is conducting a feasibility study that will determine which project features might qualify for federal funding consideration. The joint board and City of Minot, along with the Corps, wanted to see the study completed and a report finalized yet this year so the project can be included in the next congressional authorization bill for water resources.

However, in November, it was learned the the $55 million Maple Diversion portion of the project that met the cost ratio for consideration in the congressional authorization bill was not included. The project needed to have the Corps’ chief’s report, but due to the tight timeline in completing the feasibility study, that report wasn’t done in time to get the Maple Diversion in the authorization bill. Authorization is the first step toward consideration for federal funding.

Plans are to get the project into the next water resources bill in 2020, although Hoeven said he will work to secure the authorization in the next available legislative vehicle.

Going into winter, the project portion from Broadway to Third Street Northeast was about six months behind. Two other phases between the U.S. Highway 83 Bypass and Broadway are about six months ahead of schedule.

Work on the Broadway and Perkett Ditch pump stations will continue over winter. In early December, a milestone was reached on the Perkett station with the placement of pre-cast concrete wall panels.

Feeding the front lines, one duck confit at a time