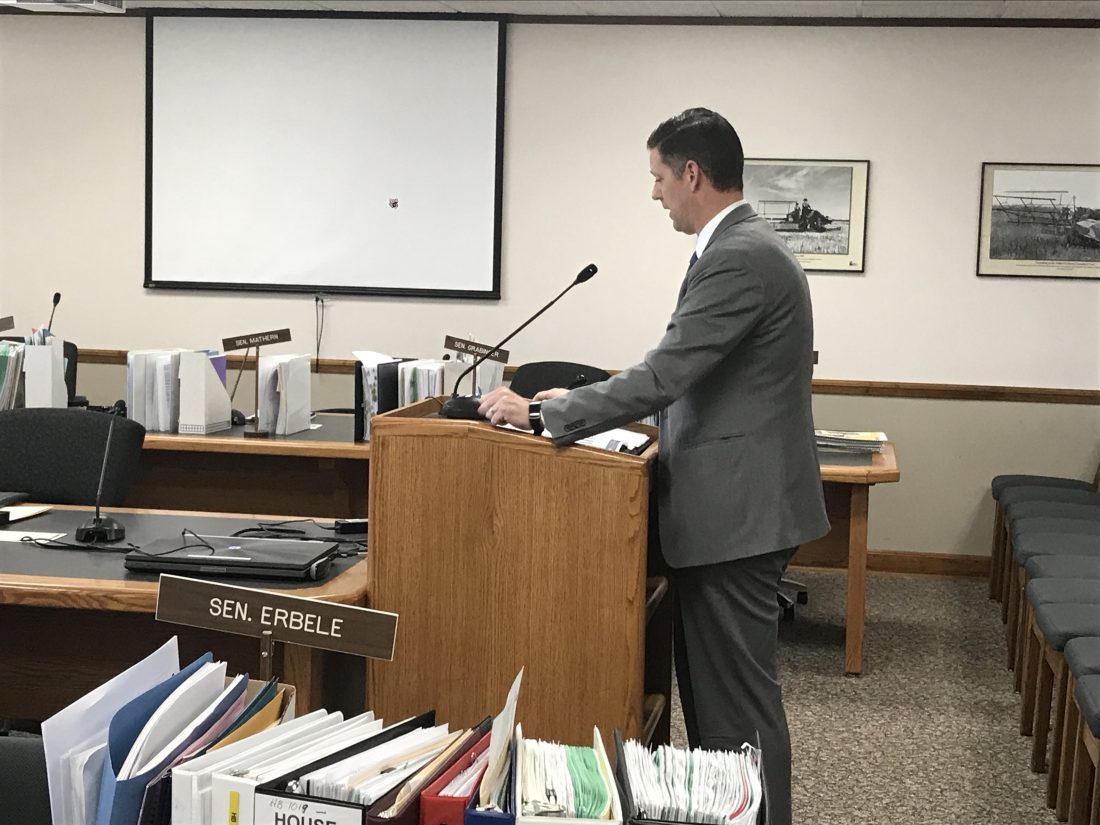 Diane Newberry/NDNA State Auditor Joshua Gallion testifies last week before a legislative conference committee about his office’s budget. Gallion has told legislators that without additional resources, his office may have to decline to perform some audit requests.

Even in North Dakota, government is sprawling and mistakes and missteps can add up.

There was also a conflict of interest between an administrator at the North Dakota State College of Science and a private company the college contracted with, and in another instance state auditors found that the Department of Human Services had continued to license childcare providers after confirming that child abuse or neglect had occurred in their facilities.

The state and public have access to all of this information because of intensive reports compiled by the state auditor’s office, but State Auditor Josh Gallion said he is worried about the capacity of his department if the Legislature is not able to give him additional employees and resources this session. Already this year, the office has been tasked with a citizen-initiated petition for a financial audit of the Belcourt School District, and Gallion said his office is so tight, even small additional tasks could bring him to the breaking point.

“If we get another citizen-initiated petition – say somebody dropped something today – we’d be at a point where we’d probably have to notify some clients and say, ‘I’m sorry, you’re going to have to find another auditor,'” Gallion said.

According to Gallion, the number of auditors in his office has remained stagnant for the past 20 years, but the state’s budget has grown by 170 percent. This session, Gallion asked for four full-time employees to dedicate to audits of local government entities, reinstituting an office in Bismarck that used to serve municipalities on the western side of the state before closing roughly 20 years ago. In 2018, the state auditor’s office completed 78 audits for local governments.

Diane Affeldt, city auditor for Garrison, said she was not aware of the state auditor’s services for local governments until a recent League of Cities conference.

“It was news to a lot of us that the state auditor office was still doing audits,” Affeldt said. “Now apparently it’s kind of coming back.”

Affeldt said newer auditors at the conference were excited at the prospect of being able to go through the state auditor’s office because it can be difficult and expensive to find accountants that will handle government audits.

In 2008, over 120 certified public accountant (CPA) firms were doing government audits, according to data from the state auditor’s office. Today, only 42 offer the service.

Gallion said there are many reasons for the drop. Besides retirements and firm closures, Gallion said that tightened federal regulations on government audits have caused many firms to stop the service because the hassle is “not worth it.” He also said the oil industry also might have impacted workforce availability.

“As the oil business has picked up, they have tried to hire accountants,” Gallion said. “We have a hard time hiring financial people and that could also be playing into the western side of North Dakota.”

Williston has used a private firm for their audits for the past six years because of a lack of staff in the state auditor’s office, but city auditor John Kautzman said the board has decided to return to the state office for their upcoming audit.

Using a private firm is “noticeably higher in cost” Kautzman said, and “it was not an easy task” to find a firm willing to take the city on.

Eileen Zaun, city auditor for New Town (pop. 2,528) said she has been happy with the private firm the city has contracted with for the past 10 years because of their convenience. “They’re in an out within a day, and I like that,” Zaun said.

Rep. Corey Mock, D-Grand Forks, said the House understands the need for local auditors, but because it is not a legal requirement that the state auditor’s office perform local government audits, it is not a pressing need.

“We thought two (auditors) for the west was a good start. But because it is not a statutory requirement, we don’t want to overcommit,” Mock said during an April 16 conference committee meeting.

After another conference committee on April 18 in which no decision was reached, Gallion said that without more resources, his office might need to end its audits of federal funds going through state agencies and higher education and outsource the task. According to Gallion, outsourcing could cost the state up to $2 million.

“It bothers me to say, but we’re getting to a point where we have to start looking at what we can’t do,” Gallion said.