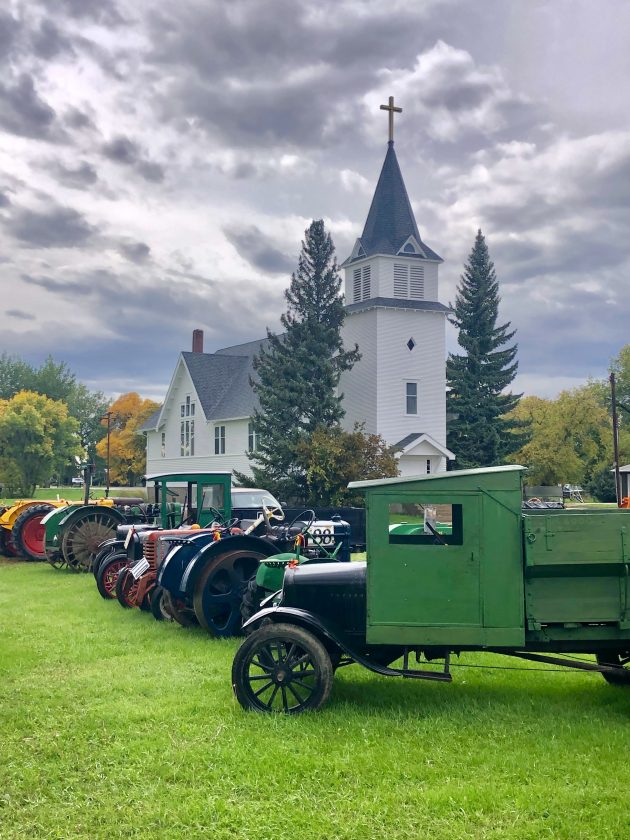 Submitted Photo The Makoti Threshing Show, normally held in the fall, will be held July 10-12, along with the city of Makoti’s 109th anniversary. Photo courtesy of Hunter Andes.

MAKOTI – “Makoti’s threshing bee will be a little different than ever before,” Hunter Andes, a director with the Makoti Threshers Association, said. “We have moved our show date from September to the second weekend in July, which is Makoti’s birthday.”

The threshing show and city’s anniversary will be held Friday-Sunday, July 10-12. Friday will be a soft opening for the show. Saturday and Sunday will have a giant parade and other activities.

Andes said there are many shows in not only North Dakota, but the states and provinces around us, so finding an open weekend was a little tricky.

“At last year’s annual meeting, I presented the idea to the members after doing tons of research, and the members approved changing the date,” Andes said. “I did my best to make sure Makoti’s show wouldn’t collide with any other majors shows because we need to draw in not only spectators and local volunteers, but the passionate and skilled volunteers who come from long distances. And it was just pure luck the only open weekend I found was Makoti’s birthday.”

Andes explained how there’s many people who are willing to travel long distances to come and volunteer, and that he’s one of them. He said he goes to half a dozen shows himself across North Dakota, Manitoba and Saskatchewan during a normal year.

He said the goal in moving Makoti’s threshing bee to summer was to attract more of these skilled volunteers.

Keselowski wins in New Hampshire for third win since shutdown