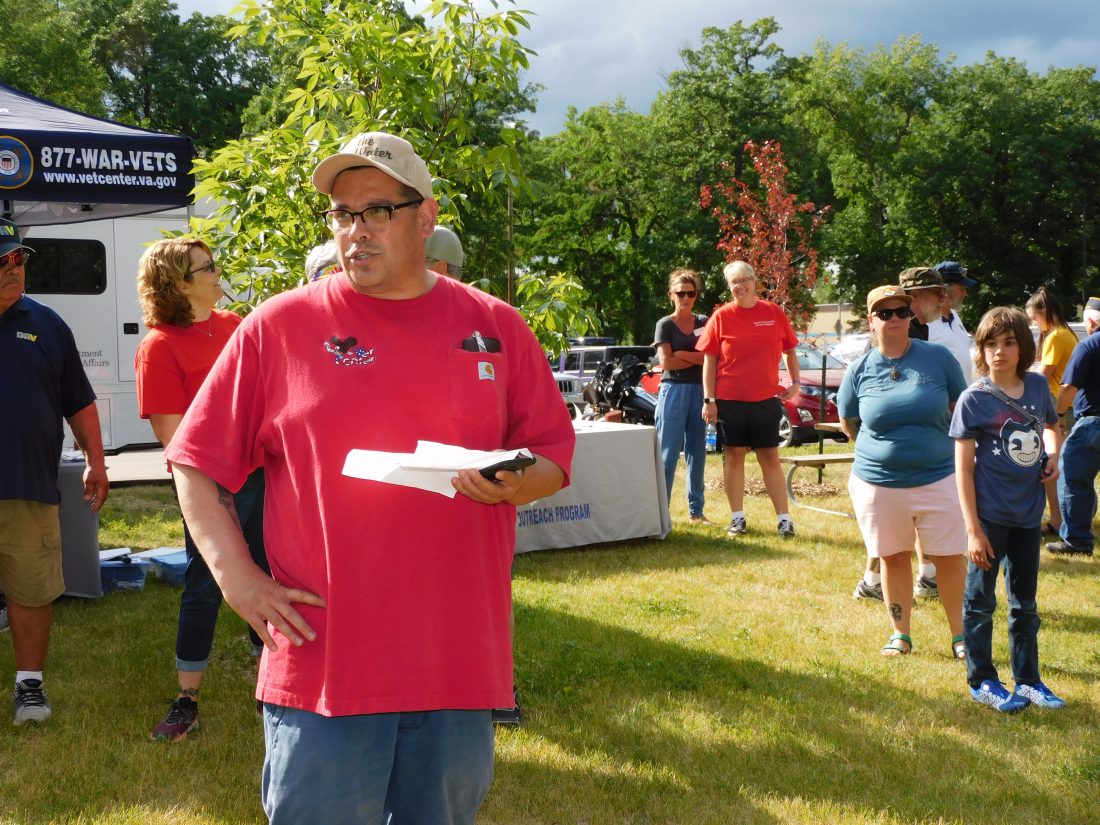 “We’re here to bring awareness to our community to the issue of PTSD. Today we are honoring Staff Sergeant Joe Beil, a North Dakota soldier who came home and committed suicide after his second tour of duty in Iraq,” said Gutierrez solemnly. “June 27 is PTSD Awareness Day and, as of 2014, that has been expanded to the entire month of June.”

Post traumatic stress disorder, or PTSD, is often identified as a veterans-only problem. That, says Gutierrez, is not entirely correct.

“PTSD doesn’t discriminate against age. It can affect anyone from children to the elderly,” stated Gutierrez.

About 60 people took part in the Thursday evening walk. Many others were in attendance but unable to walk due to age or disabilities. Nineteen booths representing various veteran’s services were available for veterans to learn more about various assistance available to them, including the Minot Vet Center. 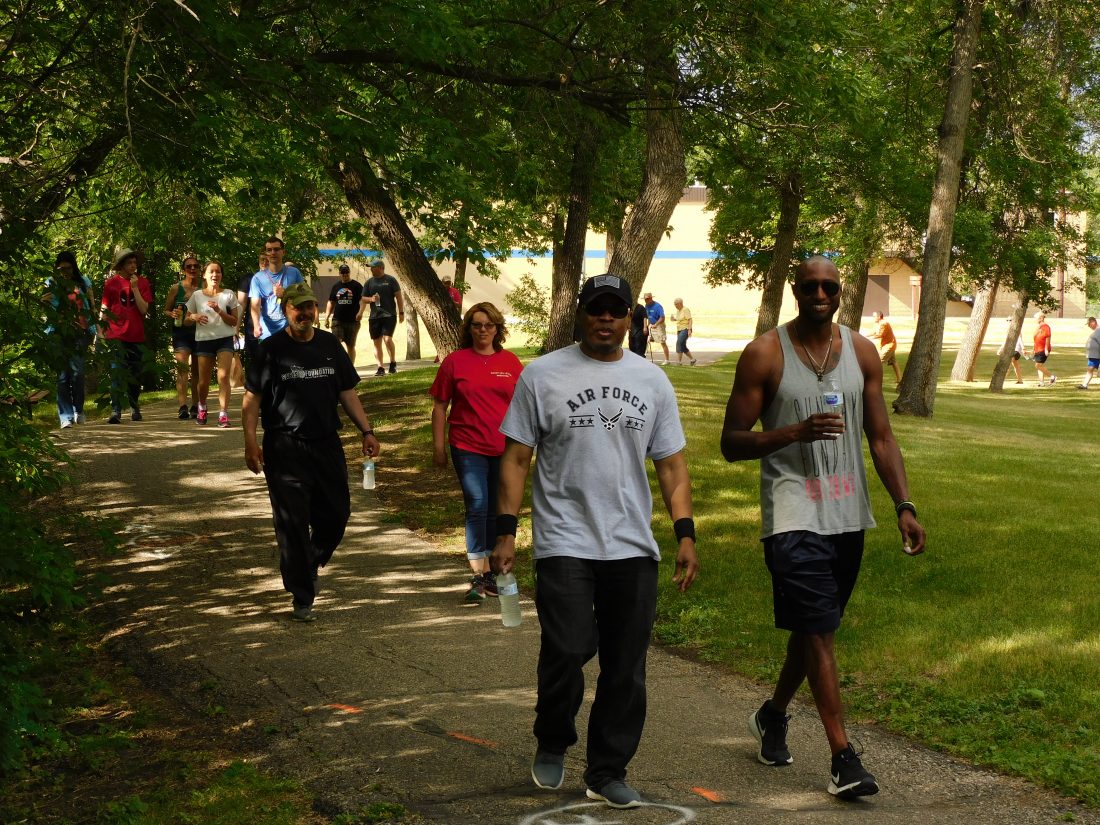 “We provide free counseling services for veterans and family members, including children,” said Gutierrez. “Our services are 100% free. A veteran or a family member will never pay a penny.”

One of the informational tables in the park was manned by the Veterans Step Up Foundation. It got its start in Minot in 2017, helping veterans become more aware of programs and services available to them and assisting in filling out the necessary paperwork to apply for disability.

“We had one veteran whose disability came back 100% as soon as he filed to PTSD,” said Charlie Epperson, Veterans Step Up Foundation. “For many veterans it’s been 15 to 20 years since they’ve been evaluated.”

Thursday’s walk was the second annual in Minot. According to Gutierrez, the event will be held every year on the last Thursday in June.