The Ward County State’s Attorney’s Office has upgraded charges against Brent Castleman, 52, who is alleged to have trespassed at the Ground Round in Minot on Feb. 28 and assaulted a police officer while resisting arrest to Class B felony aggravated assault on a police officer and Class C felony preventing arrest.

According to a Minot police press release and a probable cause affidavit filed with the court, police responded at 4:15 a.m. Feb. 28 to the Ground Round in southeast Minot for a burglary alarm call. When officers arrived, they spotted Castleman walking away from the business. Officers made contact with Castleman, who refused to stop and kept walking away. Castleman refused to obey several verbal commands for him to stop and to put his hands behind his back. He allegedly resisted officers as they tried to handcuff him and struggled with the officers for several minutes, repeatedly pulling away, twisting his body and kicking one officer in the groin and in the knee, causing the officer intense pain. Police deployed a taser to get control of Castleman, who kept fighting them. The officers placed a hobble on Castleman to control his legs. Castleman was reportedly extremely drunk at the time.

Castleman is facing a slew of other charges in other cases, including child abuse and stalking.

Hurly had revoked Castleman’s bond after the Feb. 28 incident, but later agreed to lower the bond after he dismissed some of the charges. Castleman, who had been held in the Ward County Jail for about two months, was then able to post $10,000 cash or corporate surety bond on May 5. As one of his bond conditions, Castleman is required to participate in the 24/7 Sobriety Program and submit to regular testing for alcohol use.

Days after Castleman posted bond, Ward County Assistant State’s Attorney Christopher Nelson filed a motion to revoke Castleman’s bond because, he wrote, Castleman “violated the conditions of his Pretrial Release Agreement and Order by not contacting the Ward County State’s Attorney’s Office between the hours of 9 a.m. and 10 a.m. on Monday, May 11 … as is required.” Defense attorney Kyle Craig objected to the motion, calling it “hypertechnical” and stating that the sheriff’s office knew where Castleman was because he had reported to the sheriff’s office earlier that morning for the 24/7 Sobriety Program.

“The State is wasting the Court’s time with filings such as these,” wrote Craig in a motion filed May 11. “This is a matter which could have, and should have, been resolved in minutes with a simple phone call if it was in fact an issue. Instead, the State believes it has a ‘gotcha’ moment where they can achieve their objective of incarcerating Mr. Castleman.”

Hurly has not yet ruled on the motion to revoke bond in the child abuse case. A jury trial in that case is set for Sept. 28.

Northwest District Court Judge Kirsten Sjue, the judge appointed to hear the assault on a police officer and resisting arrest case, has denied a motion to apprehend Castleman for violating bond conditions in the case she presides over. She noted that Castleman is in the 24/7 Program and has reported to the sheriff’s office for placement of the SCRAM bracelet, which is worn 24 hours a day, seven days a week, and will measure his sweat for alcohol levels. The results are reported to the sheriff’s office. Sjue did allow the state to upgrade the charges against Castleman in the same order. A jury trial in that case is set for Sept. 28.

The Alzheimer’s Association will be doing an online presentation on June 9, starting at 6 p.m. and ending at 7:30 ... 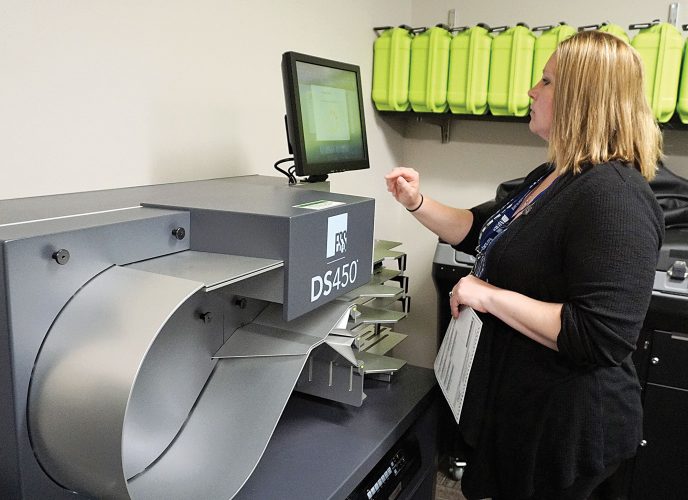 Ward County gets ready to count

Effective on June 1, all individuals who enter a Trinity Health facility must wear a mask or other face covering. ...