Nothing petty about stealing from merchants 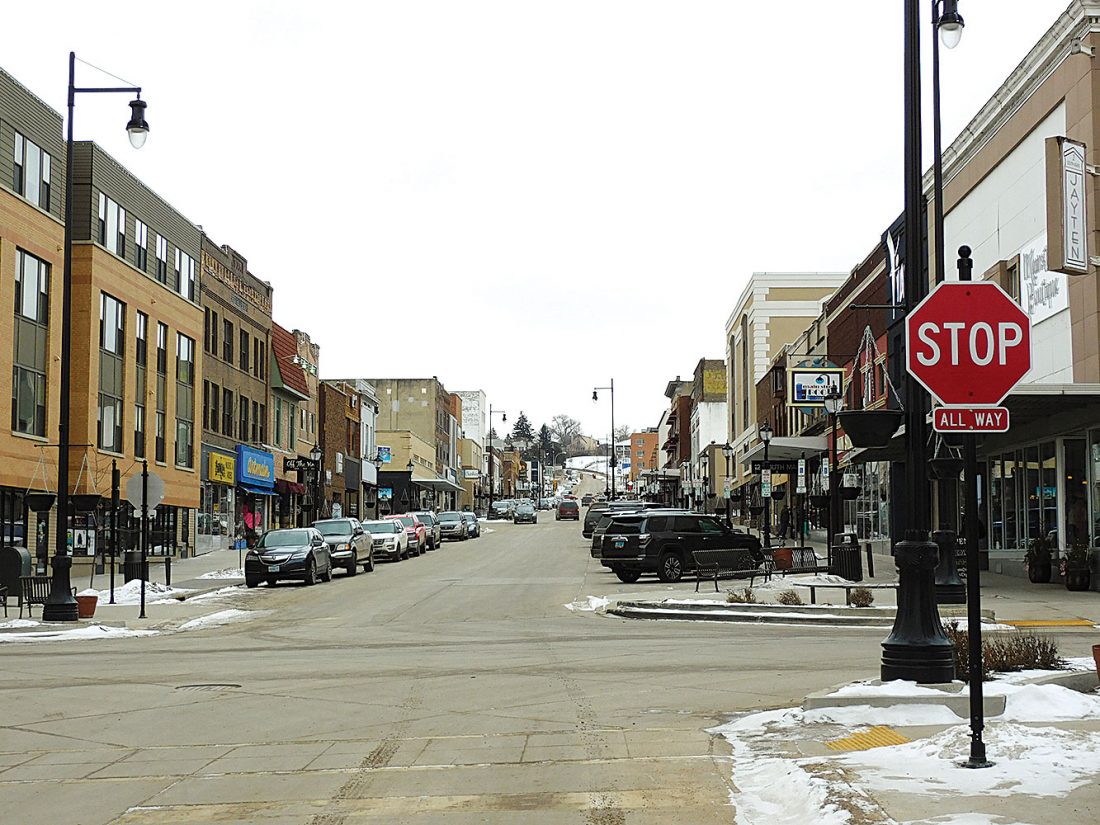 Kim Fundingsland/MDN Like other retailers in the city, Minot’s Main Street merchants are also targets for shoplifters. The widespread use of video cameras has helped investigators identify those who steal.

A person with a cart of groceries goes out the door without paying. So too does someone wearing a new coat. Items from a store shelf are stuffed into a carrying bag. Money in a cash register is less than recorded sales.

While shoplifting and other forms of theft of items valued at $500 or less are classified as “petty,” it is a term that often falls far short of reality. Petty is defined as something of little importance or significance. Even in a singular incident that description is debatable, but there’s nothing petty about the amount of five-fingered crime that occurs to merchants on a daily basis.

Recently a number of cases of theft have made their way into Minot Municipal Court. If the value of the item or items stolen is less than $500, the person believed to be responsible is charged with a misdemeanor B, which carries a maximum penalty of 30 days in jail and a $1,500 fine. Theft in the amount of $500-$1,000 is a misdemeanor A with a maximum penalty of one year behind bars and a $3,000 fine.

According to Minot Police statistics, there were 255 cases of shoplifting reported to the department in 2019 and 247 cases in 2018. The number of shoplifting cases has been fairly constant for several years in a row.

Cole Strandemo, a Minot Police investigator, says shoplifting remains an issue in the city and that such thieves don’t fit any particular description. 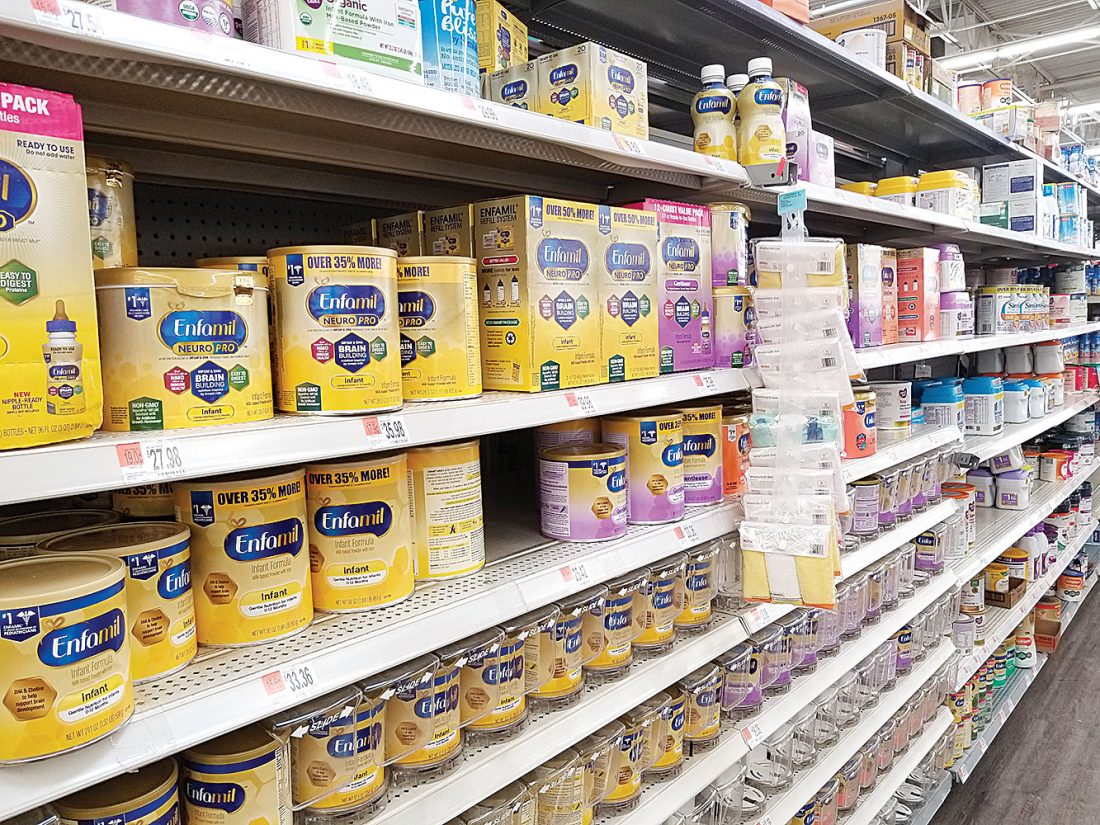 Kim Fundingsland/MDN According to national statistics, baby formula is one of the most common items for those who steal from merchants. Most of the shoplifted baby food is then sold at a reduced rate.

“It’s anybody and everybody and any age,” said Strandemo. “That’s one of the first things I realized.”

Recent cases that have appeared on the Municipal Court schedule include people wheeling carts of groceries out of stores, several hundred dollars missing from the till of a fast food restaurant, an $89.99 flashlight taken from one retailer, a hat from another and the theft of a $24.88 coat from another.

While the incidents are classified and charged as petty thefts, the dollar amount of merchandise stolen from a business in any given year can add up to a very big loss. Although many merchants won’t reveal their annual loss attributed to shoplifting, some estimates are that major retail stores can lose thousands of dollars a day to shoplifters. One major store manager in Minot who asked not to be identified called shoplifting “a big deal.”

Shoplifters target smaller stores too, such as retailers on Minot’s Main Street where a loss of merchandise can have a big impact, personally and financially, on a store owner.

“I would say it is more impactful for them,” stated Strandemo.

“It’s sad, really sad,” said Margie Bolton, president of the Downtown Business and Professional Association and owner of Margie’s Art Glass Studio. “I would say most of us have had a run-in with less honest people in the world.”

“You always have a problem with shoplifting in any retail store,” said Aberle. “Sometimes people come in as a pair, one distracts while the other is shoplifting.”

Virtually any item in any store can be a target of shoplifters. Reasons for stealing can be to use an item for personal use or re-sale. Electronics are a major target for shoplifters. So too are baby products like diapers and formula.

“There’s a big market for baby formula nationwide,” said Strandemo. “It is expensive. They are not big canisters and can be easily re-sold.”

Some shoplifters do so to acquire money necessary to support a drug addiction. Others to acquire what they can’t otherwise afford. Sometimes a thief is motivated simply by the thrill of the moment.

“We’ve seen that but it is not the most common reason,” said Strandemo when asked about thrill-seeking shoplifters. “There’s definitely people with compulsions. Sometimes it’s the very wealthy just doing it for the thrill.”

Merchants have countered shoplifting with increased use of security cameras on which captured images have become more and more definitive in an age when video has become a standard in prosecution.

“Judges, lawyers, everybody wants video,” explained Strandemo. “Video is so prevalent and we rely on video more just because there is so much more.”

Video is not limited to recording images of shoplifters, it is used by merchants for other reasons as well. An example is a recent case of a fast food employee in Minot who was caught on camera removing several hundred dollars from a till. Then there’s the case of a person who used a camera to catch her roommate in the act of stealing personal items.

In court the guilty are usually ordered to make restitution if they haven’t already done so. They can also be assessed fines and court fees, required to complete several hours community service, be banned from the business in the future, take a shoplifting impact class and be ordered to write an apology letter to the business or person affected by the theft.

“Some merchants just let them pay for the items and go,” said Bolton. “Usually they steal because they don’t have money. If you fine them they just have less money, which is the reason they stole in the first place.”

Strandemo said police look at all thefts the same, regardless of the dollar amount, and see shoplifting as an on-going problem.

“As long as there are retailers there is going to be a problem,” said Strandemo.

Submitted Photo Minot State University students in an environmental science class gather litter to clean up north Minot as part of an Earth Day observance in this photo by Rick Heit of MSU.

Andrea Johnson/MDN Lashone Brown, a parent of Minot Public School students and president of the Ice Cold Ryders motorcycle club that has made sizable donations to address unpaid school lunch debt, spoke to the Minot school board on Thursday evening at a special board meeting.

Kim Fundingsland/MDN Like other retailers in the city, Minot’s Main Street merchants are also targets for shoplifters. The widespread use of video cameras has helped investigators identify those who steal.

Kim Fundingsland/MDN According to national statistics, baby formula is one of the most common items for those who steal from merchants. Most of the shoplifted baby food is then sold at a reduced rate.