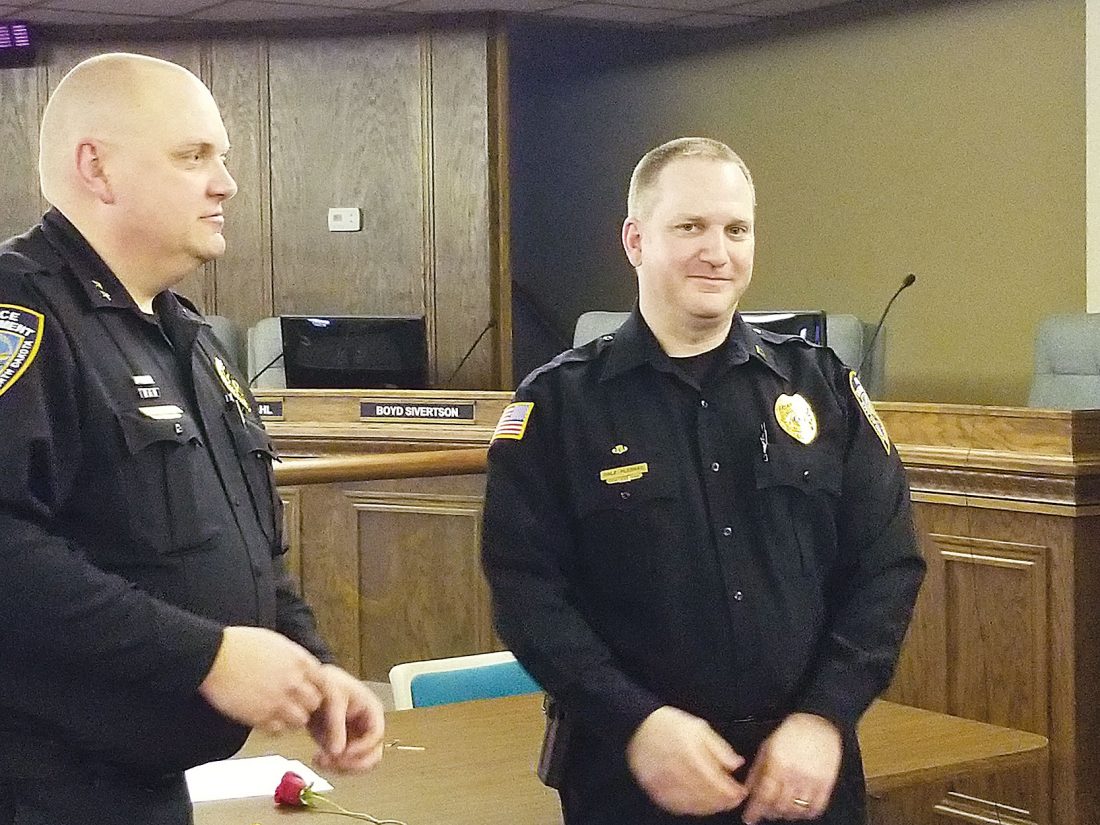 Minot’s new police chief, John Klug, made some staff changes Tuesday by promoting three officers. All have extensive service in law enforcement and have risen through the ranks at the Minot PD.

Named captain was Dale Plessas. The former lieutenant has been a member of Minot Police since 2001. His background includes being a member of the department’s Bomb Squad of which he became commander in 2011, a position he still holds. Other duties accomplished by Plessas was as a Records Sergeant for three years, patrol duty and Shift Commander.

Shannon Lackey received a promotion from sergeant to lieutenant. She graduated at the top of her class from the police academy at UND Lake Region and with honors from the University of Mary in Bismarck with a Bachelor’s Degree in Management.

Lackey had previously worked at the Ward County Jail, Dakota Boys and Girls Ranch, Hettinger County Sheriff’s Department and Grand Forks Police. She has been a patrol sergeant since July of 2015 and currently serves as the department’s supervisor for the Field Training and Evaluation Program.

Lackey is the first female officer to achieve the rank of lieutenant for the Minot PD in the past 31 years.

Master Officer Joshua Noyes was named sergeant during Tuesday’s ceremony. He began his career with the Minot PD in 2013, has served on the department’s SWAT team since 2015 and is the department’s lead instructor for Less Lethal, Flash Sound Diversionary Devices and Chemical Agents.

In making the promotions, Klug noted that several officers from within the department were considered for advancement. He called his decisions “hard” but added that “having a tough choice was a good thing.”