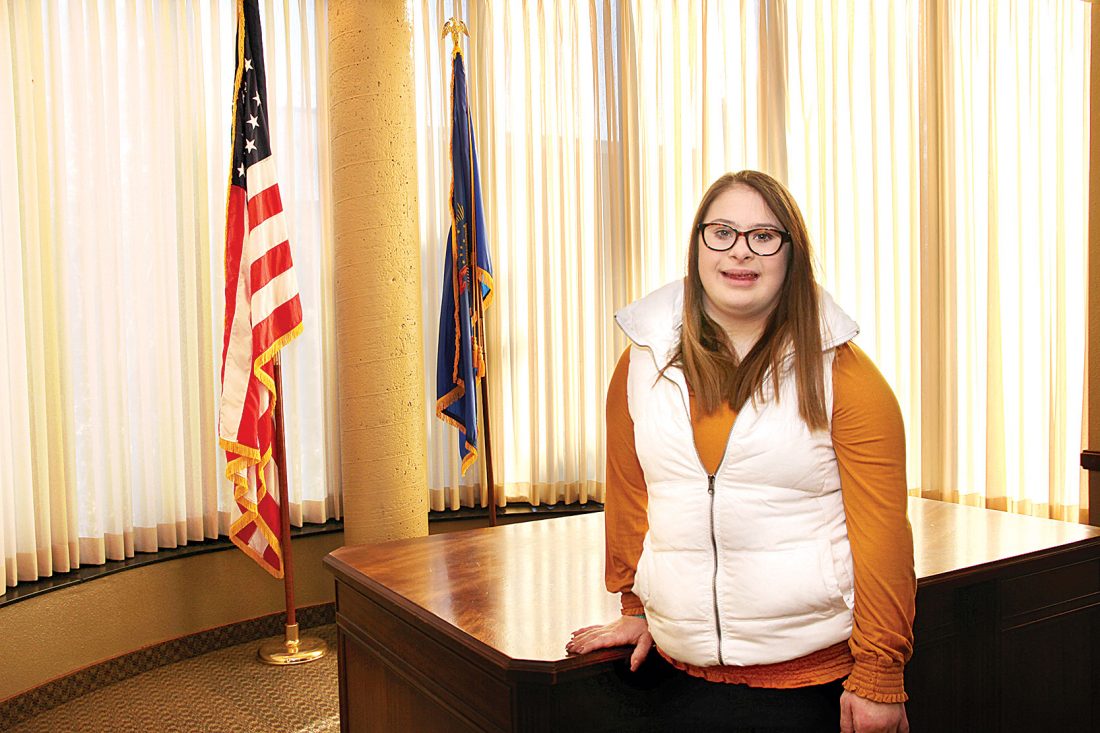 Elizabeth Romanick, an advertising, marketing, and early-childhood education student at Minot State University, completed the internship she has wanted to pursue since she was a child.

In October 2019, Romanick worked in U.S. Sen. John Hoeven’s office in Minot after remembering her experience with him when she was younger.

“He was a governor in Bismarck when I was little,” she said. “I used to go to his house to trick-or-treat, and I asked, ‘Are you John Hoeven? When I go to college, I want to do an internship with you.'”

The internship was part of Minot State’s Advancing Students Toward Education and Employment Program (ASTEP), for which JoLynn Webster is the employment coordinator.

“As part of ASTEP, all of our students have employment requirements,” said Webster. “Because she was really interested in policy and advocacy, that was a really good fit for her.”

During the month of October, which also is national disability employment awareness month, Romanick helped compile portfolios for military academy applicants. This included some of the typical training for senate staffers, like online training in ethics and cybersecurity, as well as sitting in on conference calls with members from the senator’s offices in Fargo, Bismarck, Grand Forks, Watford City, and Washington, D.C.

“She was awesome,” Johnson said. “I would have kept her for the whole year if I could have. She just brought just great light and sunshine everyday coming in.”

Although working with Hoeven had been a goal of hers for a long time, that was not the only reason she wanted to do the internship.

“My favorite thing is to be an advocate for people,” said Romanick. “I want to show that they can be trusted and that I can be their role model.”

Both Webster and Johnson agree.

“She certainly shows a lot of initiative towards being independent and does a great job,” said Johnson. “I think she would be a great leader and advocate in employment areas for others with disabilities.”

This goes to show how leading by example can result in both new opportunities and advocacy for a meaningful cause.