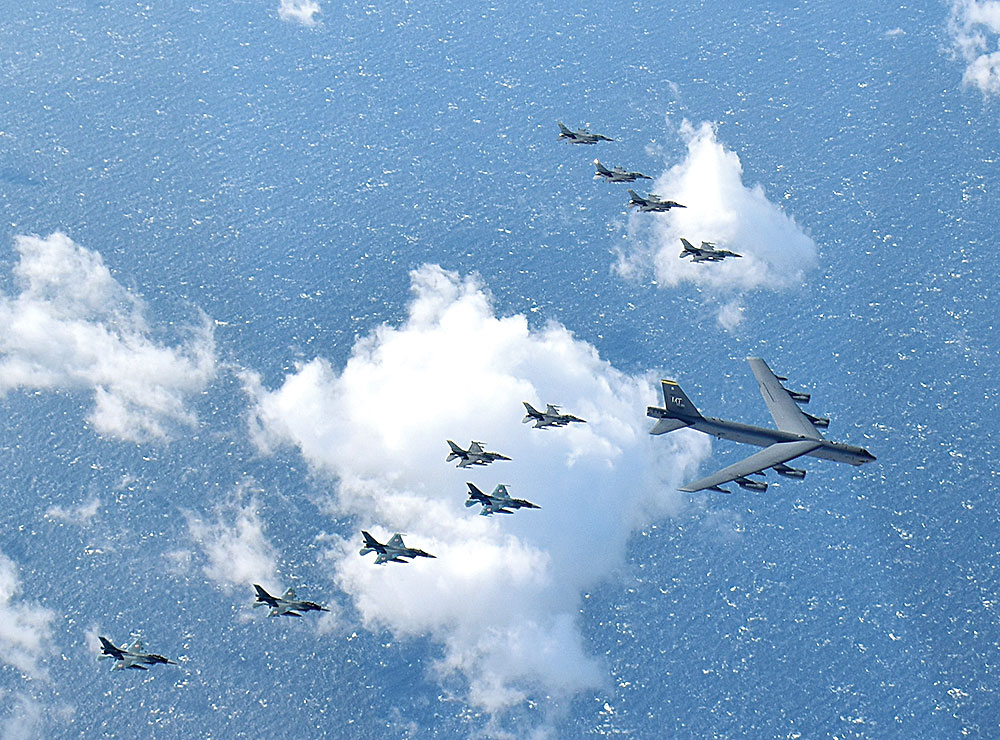 JOINT BASE PEARL HARBOR-HICKAM, Hawaii – A Minot Air Force Base from the Pacific Theater and another B-52 bomber from Minot Air Force Base in continental United States integrated with the Koku Jieitai (Japan Air Self Defense Force or JASDF) to conduct bilateral and theater familiarization training near Japan this past week, according to Pacific Air Forces information.

The B-52H Stratofortress bomber from Minot AFB’s 69th Bomb Squadron, currently at Andersen Air Force Base, Guam, flew north to join one B-52H from Minot in the vicinity of Misawa Air Base, Japan, as part of a combined Continuous Bomber Presence (CBP) and Bomber Task Force (BTF) mission.

The other bomber that flew from Minot AFB is from the 23rd Bomb Squadron, according to Minot AFB Public Affairs.

The two bombers subsequently conducted bilateral joint training with 13 JASDF F-2s, four F-4s, and 28 F-15s, and six U.S. Air Force F-16s in the vicinity of Japan on Feb. 3 before returning to Andersen, according to Pacific Air Forces information.

Collectively, the flights from the Indo-Pacific and continental United States demonstrate U.S. commitment to allies and partners through the global employment of military forces.

“This mission demonstrates the flexibility, long reach and responsive nature of our bomber force as we continue to assure our allies and deter aggressors globally,” said Maj. Gen. James Dawkins Jr., Eighth Air Force and Joint-Global Strike Operations Center commander. “Joint and multinational integration provides an excellent opportunity for our airmen to maintain their readiness and hone their global strike capability.”

The bombers from Guam are assigned to the 69th Expeditionary Bomb Squadron out of Minot AFB, deployed in support of U.S. Indo-Pacific Command’s CBP operations. Pacific Air Force’s have flown CBP operations for more than 15 years in support of a free and open Indo-Pacific. These missions routinely operate throughout the region in accordance with international law and norms.

The F-16s are assigned to the 35th Fighter Wing from Misawa Air Base, Japan.

U.S. Strategic Command has conducted bomber task force missions since 2014 as a demonstration of the U.S. commitment to collective security, and to integrate with Geographic Combatant Command operations. The first mission included B-52Hs and B-2 Spirits traveling from the continental United States to Joint Base Pearl Harbor Hickam in Hawaii in April 2014.

Blue Cross Blue Shield of North Dakota, the largest insurance provider in the state, has agreed to waive costs of ...

North Dakota State University Extension is postponing, canceling or offering in an alternative format all ... 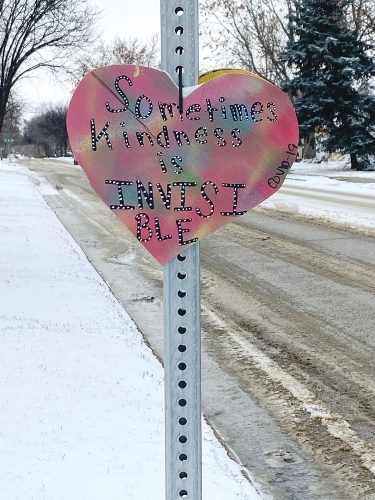 Charles Suter Abendschein, 60, was sentenced on Wednesday In district court in Minot to three years in prison, all ...

KEENE – The release of 250 barrels of brine at a well near Keene on Wednesday was caused by a tank leak. The ...