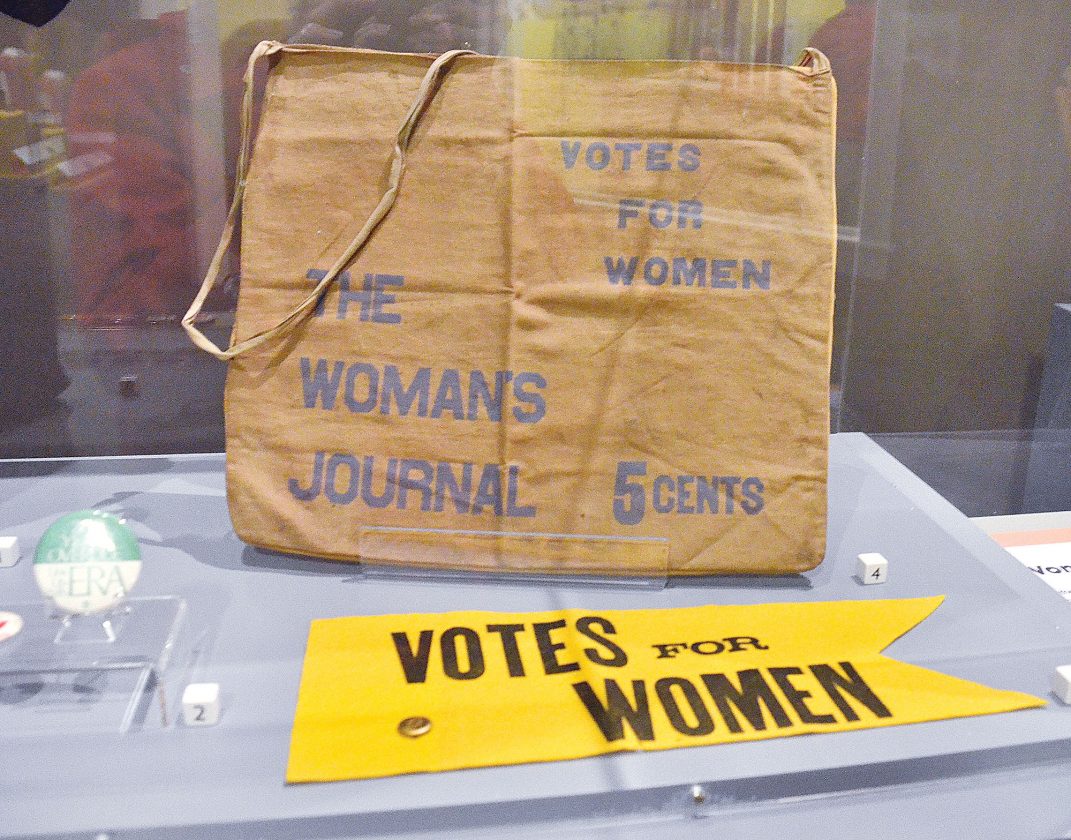 Eloise Ogden/MDN The North Dakota Heritage Center and State Museum in Bismarck has an exhibit on voting in North Dakota. Today is the 100th anniversary of the League of Women Voters.

BISMARCK – The League of Women Voters turns 100 years today, and North Dakota’s chapter is joining other leagues around the country in taking part in a nationwide day of action called “Women Power the Vote.”

The newly revitalized League of Women Voters of North Dakota is focusing on connecting more women, celebrating women’s suffrage and using the hard-won rights to vote. North Dakota women are encouraged to reach out to a friend in person, by phone or online to “make a date” to vote in the June 9 primary elections and Nov. 3 general elections.

The League was founded by suffrage leaders 100 years ago to help American women exercise their new right to vote. The nonpartisan political organization encourages informed and active participation in government, works to increase understanding of major public policy issues and influences public policy through education and advocacy.

Membership is open to men and women of all ages. It has more than 750 affiliates across the county. To learn more about the North Dakota statewide chapter, visit lwvnd.org.