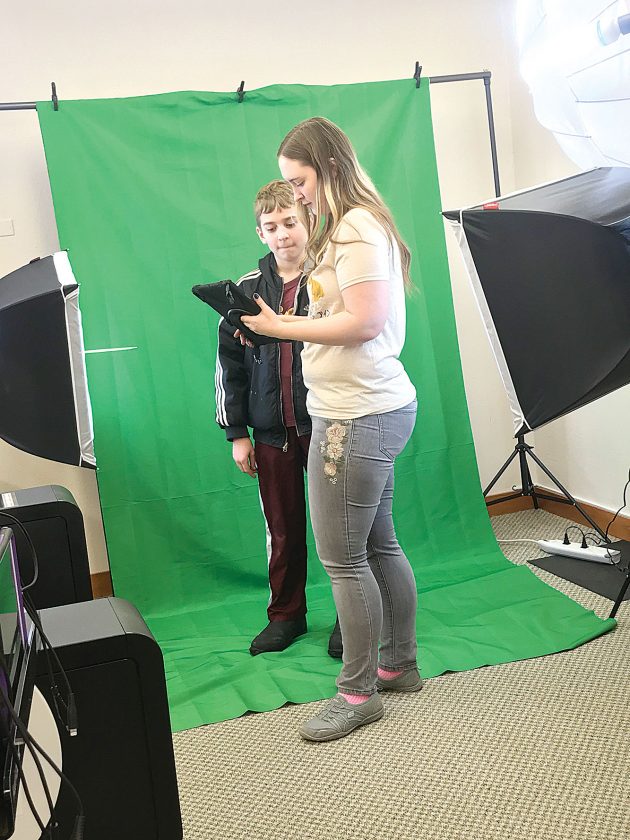 Ciara Parizek/MDN Kassie Ziegler helps a student with choosing a background at the Minot Public Library’s Makerspace on Thursday afternoon.

The Makerspace in the Minot Public Library was a popular place for students after school on Thursday. They sat at computers playing games and also experimented with the new green screen.

Kassie Ziegler, 28, has worked at the library for 10 years and as the teen assistant for four of those years. She said the library started the Makerspace five years ago, giving kids a place to create and play games on the computers.

They also had a large green screen. The size of the Makerspace was reduced a while later, so the library had to find a smaller green screen to fit in the new space.

“The big one was old and in tatters, anyway,” Ziegler said. New standing lights were also added not too long ago, making it possible to get clearer pictures or make darker shadows for effect.

Anyone can use the Makerspace. Ziegler mentioned that elementary students have used the green screen to make skits for school projects and adults use it often as well. The Makerspace is always available to those who wish to use it.

Thursday afternoon was quite busy with a student at almost every computer, waiting their turns to have their pictures taken. Once their pictures were cropped to the subject with the green screen background, the images were “green screened” in the iPad program. Ziegler had six backgrounds for the children to choose from that replaced the green, including a rainforest, a beach and a palm tree. One boy chose to stand in the rainforest, and a girl picked the palm tree to sit on. To make her image, the girl sat on a green plastic crate with a green cushion to blend with the screen. The crate then disappeared in the computer program so it would look like she was sitting on the palm tree instead.

In the program, the kids’ images could be made bigger or smaller and be moved around to be placed wherever they liked on the background.

It gave children a chance to experiment with different types of technologies and create a fun picture to take home. 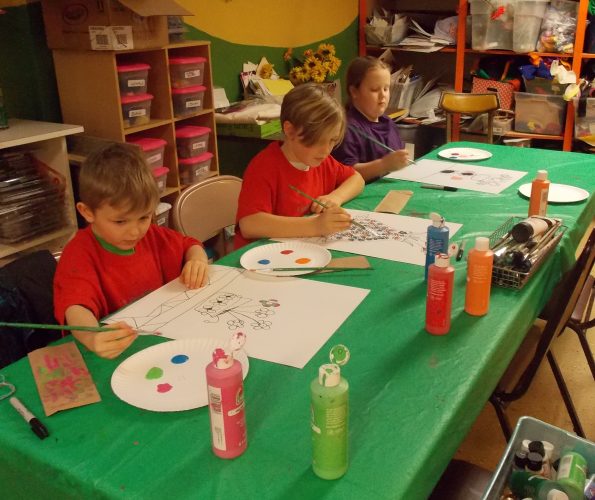 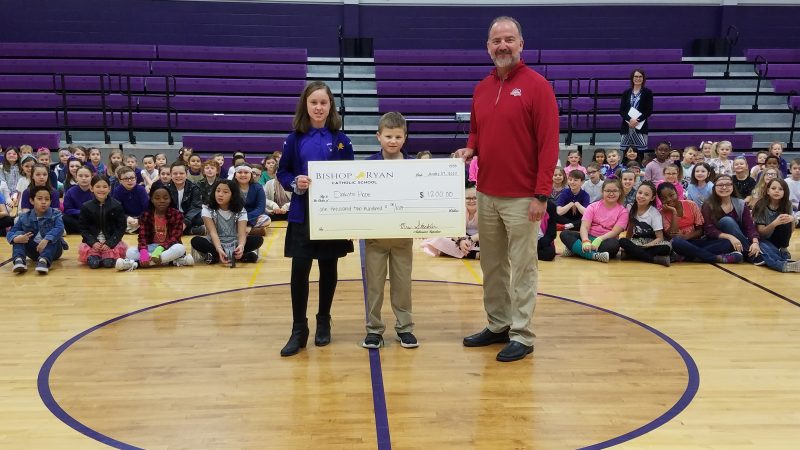