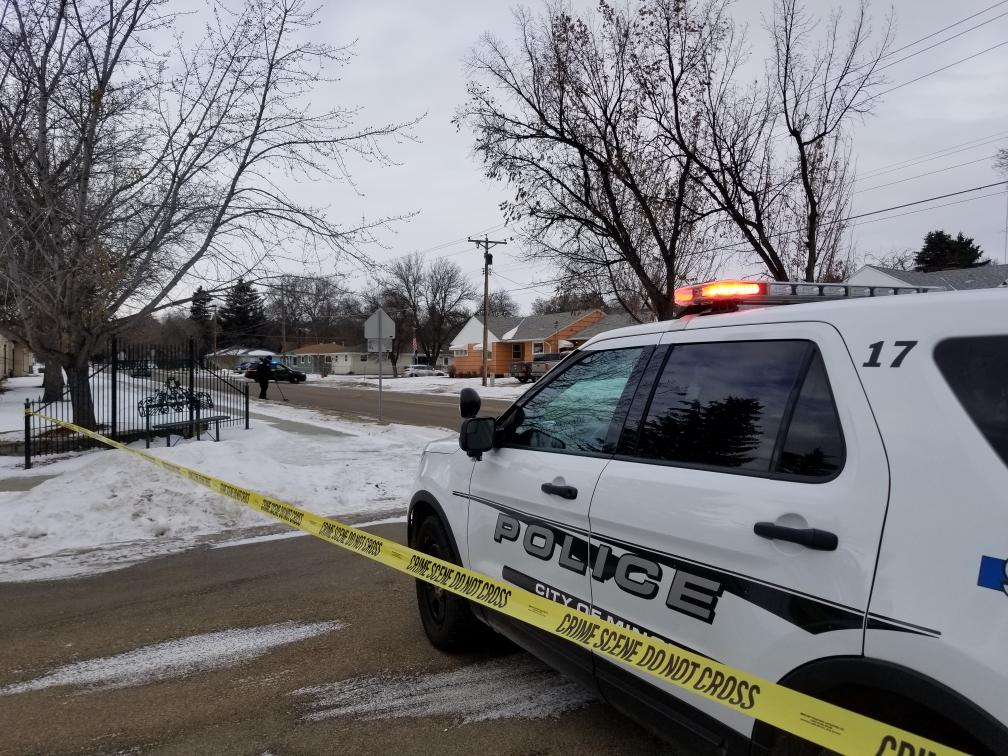 Kim Fundingsland/MDN Police continue to investigate the scene of an alleged shooting early Sunday afternoon. The shooting was reported shortly after 6 a.m. Sunday.

A 29-year-old shooting victim was pronounced dead in a local hospital after he was discovered in a vehicle near the Minot State University Dome early Sunday morning, according to the Minot Police Department.

Police reported officers responded to the area of 13th Street and 11th Avenue Northwest at 6:07 a.m. to investigate a report of gunshots. A few minutes later, Minot Central Dispatch received a report of a vehicle involved in a crash near the Dome on 11th Avenue. It was determined the driver of the vehicle, a 29-year-old male, had been shot. He was transported to Trinity Hospital, where he was pronounced dead a short time later, police stated.

Police report no suspects are in custody, but this is believed to be an isolated incident. They indicate no immediate threat exists to the public.

The name of the victim was initially withheld pending notification of family and is expected to be released today. The investigation is ongoing.

The shooting took place in the same vicinity as an incident last Nov. 18 in which multiple shots were fired into an apartment. The incident occurred at 2:54 a.m. in the 1100 block of 11th Avenue Northwest. A similar incident also occurred that same day at 1:29 a.m. in the 2200 block of Second Avenue Southwest. There were no injuries in either shooting.

Police have asked residents of the area to check security cameras for video of Sunday’s shooting or vehicles that may have been traveling through the area around this timeframe. Anyone with video or other information should contact police at 852-0111 or submit a tip through the website at minotnd.org/FormCenter. Select the Crime Information Form from the Police Department section. Reference case number 20-1282.