Senators John Hoeven and Kevin Cramer said the U.S.-Mexico-Canada Agreement approved by the U.S. Senate on Thursday is a major benefit to North Dakota farmers and ranchers and other industries.

“The final approval of USMCA is tremendous news for our nation’s entire economy, especially for our agriculture producers, who are working to overcome the challenges of trade disputes and disasters,” said Hoeven. “This agreement provides farmers and ranchers much-needed certainty with our two largest trading partners, helping to remove barriers and better ensure they receive fair treatment. That’s why we worked promptly in the Senate to move USMCA forward, following a more than year-long delay by the House. I appreciate the efforts of my colleagues, who joined me in passing the agreement out of committee earlier this week and helped secure its timely approval in the full Senate.”

Cramer said, “USMCA is a huge win for our producers. Its implementation will stimulate the economy, create new jobs, and increase exports with two of North Dakota’s top trading partners. It’s a shame this agreement was held up for over a year, but I’m thankful we got this done.”

According to information from the senators’ offices:

– Provide increased access to the Canadian market for poultry, eggs, and dairy;

– Mandate that vehicles, built with 75 percent North American content, are imported without tariffs;

– Require any member of the agreement to give three months’ notice to the other countries if it starts negotiations with a non-market economy, which is what the United States considers China.

Results listed are for April 7 POSITIVE TEST RESULTS Woman in her 30s from Burleigh County, under ...

Ward County will conduct its primary election on June 9 entirely with absentee ballots. The Ward County ...

John Heath Burditt Jr., 33, is accused of biting a woman, dragging her around by her hair and strangling her ...

MINOT AIR FORCE BASE – Minot Air Force Base is limiting access to the base for retirees, their dependents, and ... 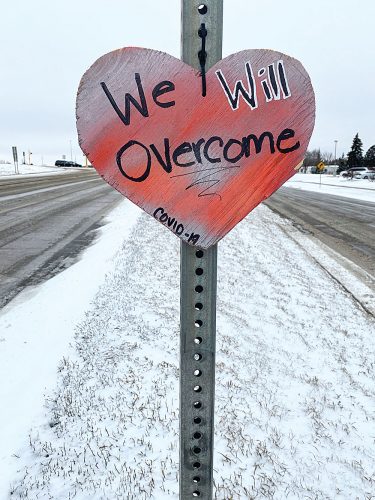