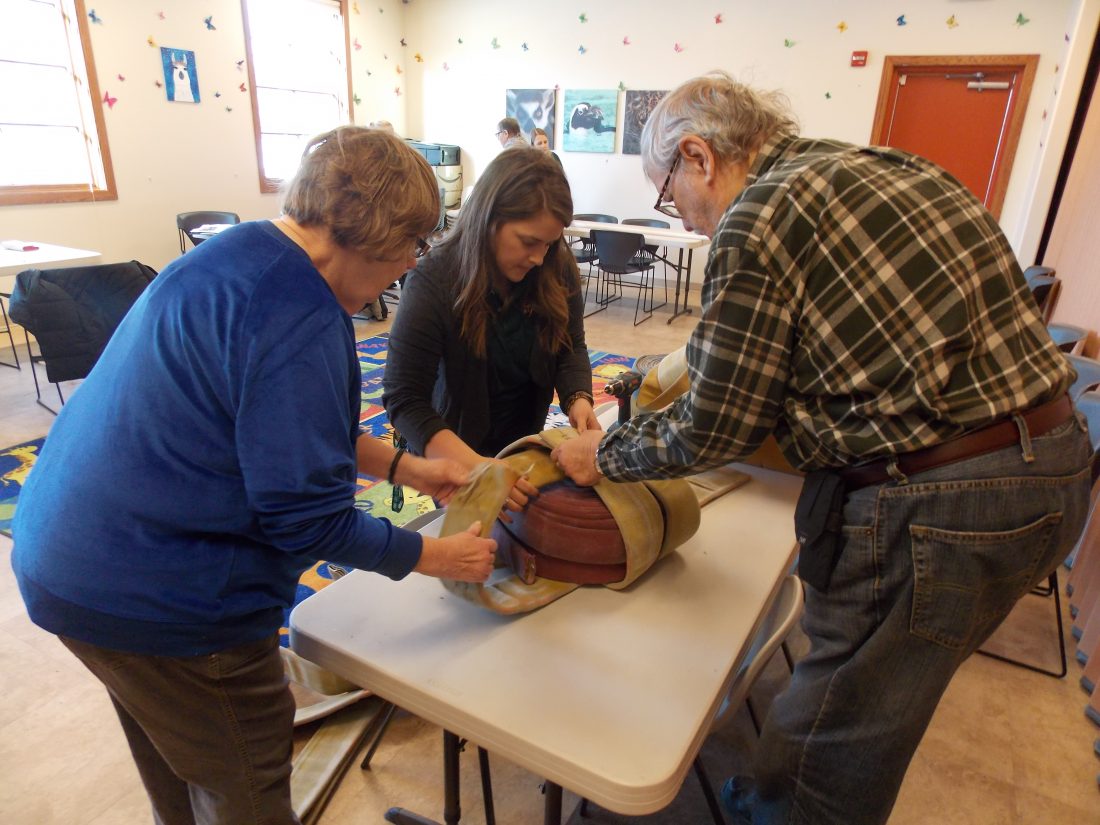 During Adult Ed-richment, they made wind chimes out of cut PVC pipe and chains, and balls made out of cut up fire hose.

At the adult only event, Barnhart explained why enrichment is important for the animals: it’s mentally and physically stimulating for them. The PVC chimes provide a new object in the habitat. The animals can also rub against them or play with them as a toy. Some of the zookeepers might put peanut butter on or in the PVC pieces for the animals to eat, functioning like a Kong toy for a dog.

Barnhart also said the goats like to run through the chimes.

Sheryl Amrein showed a particular interest in a goat named Bickle. Upon mentioning his name, Barnhart said they could make a “goat-sized” PVC chime just for Bickle. 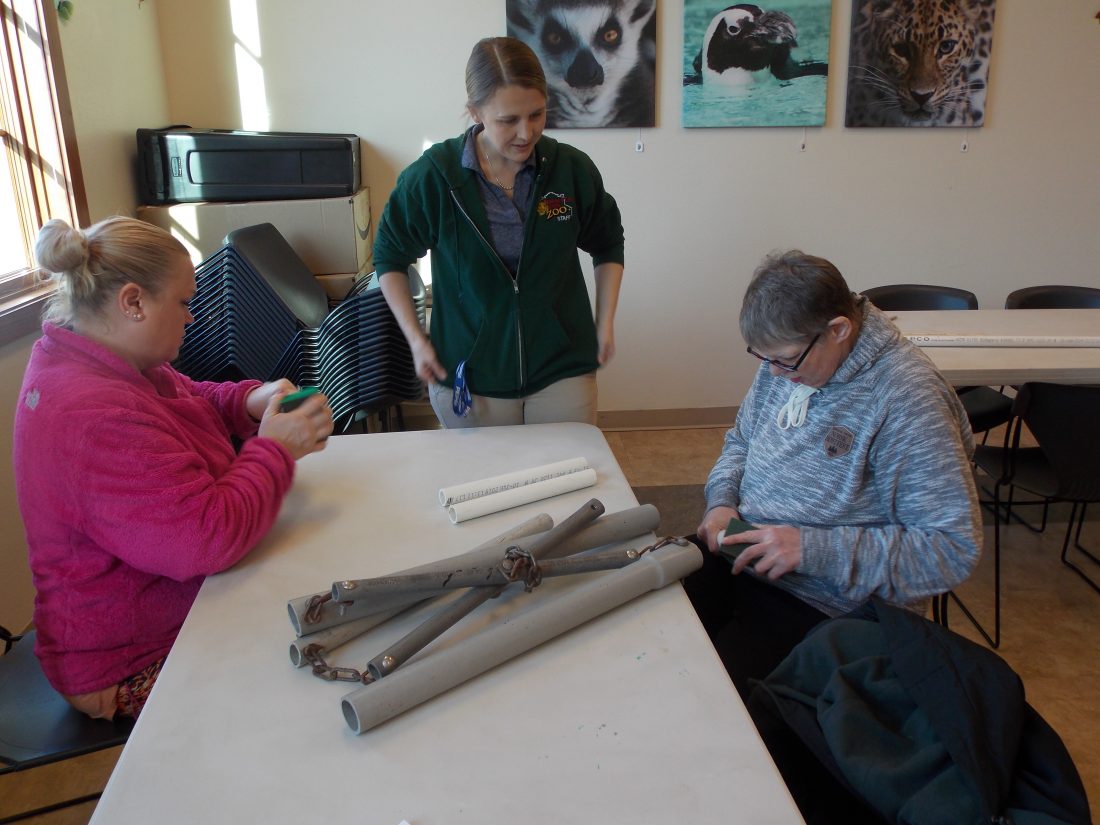 Sheri Stromberg, who accompanied Amrein to the event, joined in the fun of sanding down the sharp edges of fresh cut pipe so the animals don’t hurt themselves.

The fire hose balls were much heavier and would be more suitable for larger animals, like the tigers, lions or warthogs. Pieces of hose were wrapped in woven hose strips and bolted together. The animals whose habitat the ball will go into can chew on it, push it around or just rub on it.

The pieces of fire hose were donated by the Minot Fire Department. The hoses were decommissioned, used previously for training exercises or no longer meet the standards to use on emergency calls.

Peterson assisted Mary Ann Schimke and John Nilsen with drilling holes in the fire hose for bolts to hold the pieces together for a ball.

Switching up the habitats stimulates the animals and keeps them thinking. They check out their new toy and decide if it’s something they want to play with. The zookeepers will usually introduce the new enrichment for an hour, take it out, then give it back to see if the animal shows interest. Some enrichment devices are taken away at night when the animals are not supervised to prevent choking hazards, among other reasons.

Before the new types of enrichment are introduced to the animals, they are looked over to make sure they are safe and suitable for certain animals. If there are no safety concerns and holds up in its purpose, it’s given to the chosen habitats until they switch it for something else.

Other types of enrichment include phone books, balls, bowling pins and balls, and even cardboard boxes. When it comes to the big cats, if they fit, they sit!

Before creating their own playthings, zoo staff had looked into a ball for the tigers made of big cat-proof plastic and it was well over $1,000.

Making their own toys with donated materials is a way for adults to come together, learn about the animals at their zoo and stay active in their community.